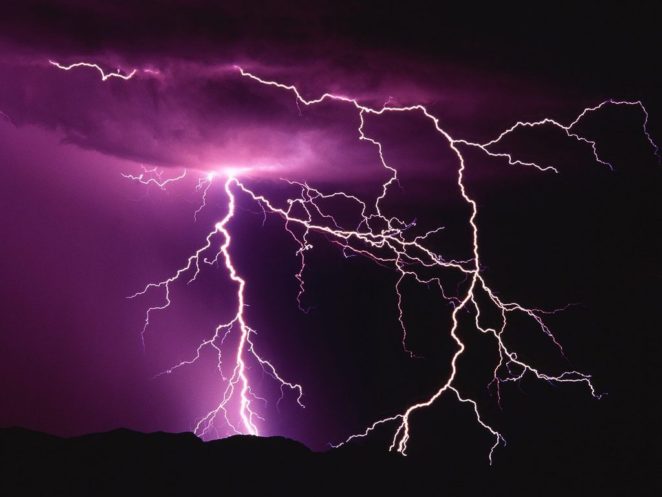 1. A tree hit by a lightning strike can explode. This happens because the enormous heat generate by the lightning strike vaporizes the sap of a tree and produces steam which then escapes by exploding the tree trunk.

2. The fear of lightning and thunder is known as astraphobia.

3. The average striking length of a regular lightning is about 2 to 3 miles and carries electricity of nearly 100 million volts.

4. Lightning without a thunder is impossible. This is because, thunder is actually the sound created by lightning.

5. Light travels faster than sound and that’s why lightning strike can be seen first and then the thunder can be heard. It is because of this speed difference between light and sound that it is actually possible to calculate the distance of storm.

6. Fulminology is the term used to describe the study of lightning.

7. Lightning strikes have an average lifespan of 1-2 microseconds.

8. A lightning bolt has a temperature of roughly 54,000 degrees Fahrenheit, which around 5 times hotter than Sun’s surface.

10. Lightning never strikes twice in the same place is a misconception. The Empire State building  in New York is struck on average of 24 times per year.