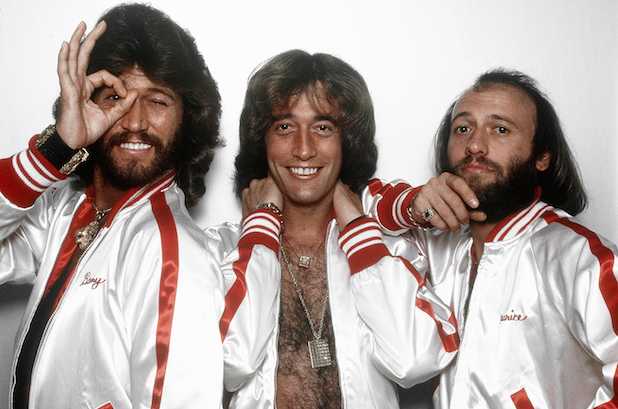 Sharing yet another song for today’s Song Saturday challenge. The Bee Gees were a favorite of mine. I loved many of their songs. This was probably my favorite. The drum parts on here are so cool.

The Bee Gees were a pop music group formed in 1958. Their lineup consisted of brothers Barry, Robin, and Maurice Gibb. The trio were especially successful as a popular music act in the late 1960s and early 1970s, and later as prominent performers of the disco.  The Bee Gees wrote all of their own hits, as well as writing and producing several major hits for other artists.

Born on the Isle of Man to English parents, the Gibb brothers lived in Chorlton, Manchester, England, until the late 1950s. There, in 1955, they formed the rock and roll group the Rattlesnakes. The family then moved to Australia.

After achieving their first chart success in Australia as the Bee Gees, they returned to the UK in January 1967, when their producer began promoting them to a worldwide audience.

The Bee Gees have sold more than 220 million records worldwide, making them one of the world’s best selling artists of all time. They were inducted into the Rock and Roll Hall of Fame in 1997. The Bee Gees are the third most successful band in billboard charts history after The Beatles and The Surpremes.

Following Maurice’s death in January 2003 at the age of 53, Barry and Robin retired the group’s name after 45 years of activity. In 2009, Robin announced that he and Barry had agreed the Bee Gees would re-form and perform again. Robin died in May 2012, aged 62, after a prolonged struggle with cancer and other health problems, leaving Barry as the only surviving member of the group

Hope you enjoy this one.