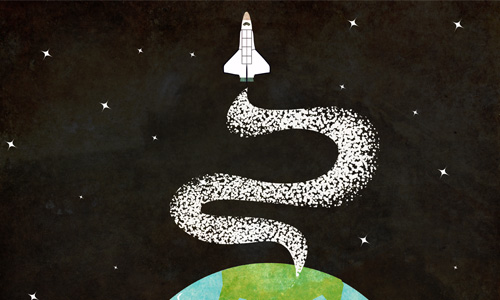 Have you heard of our great earth’s geniuses of our time? His wonderment led him to NASA. His scientific genius brought him to America’s President. His name is Velvl Greene. A former Fullbright scholar, pioneered exobiology, a prolific professor who spent years working with NASA, searching for life on Mars.

President Kennedy, 1960, delayed no time at all and assigned a budget of billions of dollars to NASA for a secret project. No one knew about it. Except until later, a microbiologist who studied microbes on the walls of hospitals, bacteria in the air of laundries and operating rooms.

So, the NASA”s exobiologist, Velvl and his team were tasked to find out if there were any microbes in the stratosphere.  The contract he won was to explore the stratosphere for living microorganisms.

NASA sent a satellite around the earth and let it orbit for, maybe, three days—20 orbits or so, just like John Glenn. No humans aboard this spacecraft. Instead, the satellite carried scientific experiments designed to find out and learn about what happens to live things into outer space and kept them there for a while.

He and his team knew that “for all kinds of living things when they are in their young, formative, sensitive stages, they’re the most vulnerable.”

Velvl Greene emphasized, “Most of the bad things that happen to children happen when they’re the youngest—in utero, or relatively soon after birth.”

“Plants are equally sensitive”, he said. So, they wanted to get the greatest effect, the biologists decided to conduct their experiments on very young units— little worms, little sea urchins, and a few other young things.”

The team put them in little containers, sent them up, let them orbit for 20 revolutions, and then bring them down. Then they’d look to see what happened.

Another of the experiments they sent up involved the germination of seedlings—wheat, rye and barley seeds, and green beans. This kind of experiment is classic. In the story, it reads, “Everyone who’s ever been to first grade has seen this: The teacher takes a bean seed, folds it into blotting paper or cotton batting, soaks it in water, and maybe puts it between two pieces of glass. Then you leave it alone for a little while, overnight, over Shabbat. When the kids come back to school, they’re astonished: the seed has sprouted.”

“The seedlings had germinated. They sprouted, just as they would have on earth. Indeed, the root sprig began growing downward.  Instead of continuing down, the roots radically bent sideways, or horizontally. Sometimes they started growing up, sometimes they turned back and grew down again, in a loop.

“Understand, it was a root. It had the requisite root hairs. But the system didn’t grow in any predictable fashion, it just meandered around in chaos. It was a freak of nature, or to use a very scientific term, a monster.”

“It sprouted just fine, but from there, all was chaos. The stem didn’t grow up, it jutted here and there, back and forth, in loops and whirls.

He wrote to Lubavitcher Rebe with pictures of the seedings.  Fascinated, he said, “See? Even a plant needs to know what’s up and what’s down. Even a plant knows where up is.”

Given some sense of gravity, the seedling corrects itself, and will grow up and down.