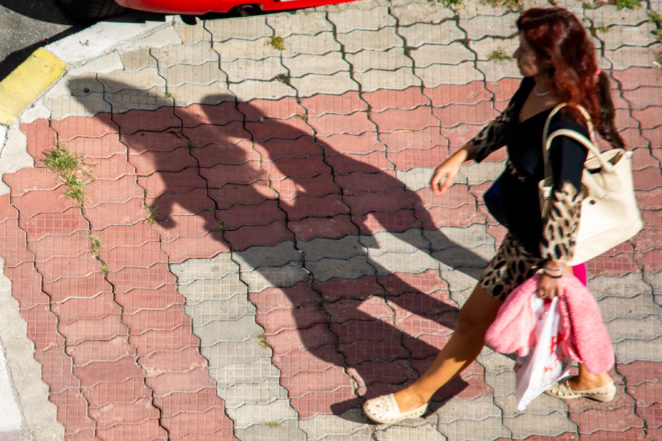 In my previous post I asked you whose is the second shadow in the photo? There were only few answers.

I was expecting this because in general the posts with black and white photos make little visualization, although from my point of view these are my most valuable photos. To reveal the mystery of the second shadow  I chose to post the photo in the color version where everything is more visible.