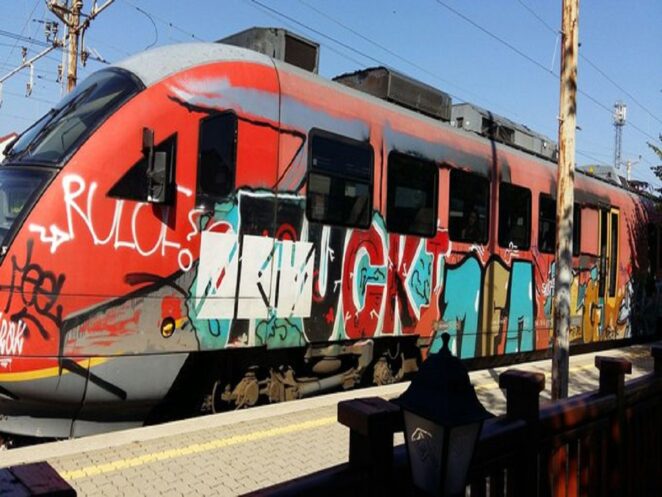 The theme of the Ileana chain challenges is the train.

When I was looking for a picture of the train, the picture immediately caught my eye because of the color. I see such a colorful train very rarely. I have to say it’s really something special.

The first trains were towed by rope, by horse or by gravity, and from the beginning of the 19th century onwards in the vast majority by steam locomotives. In the early 20th century, steam locomotives began to replace diesel and electric locomotives, which were easier to use and operate as well as cleaner. Most countries eliminated steam locomotives from everyday use in the 1970s.

Some countries where coal is cheap and abundant (especially in China) still use steam locomotives, but these are also gradually being.