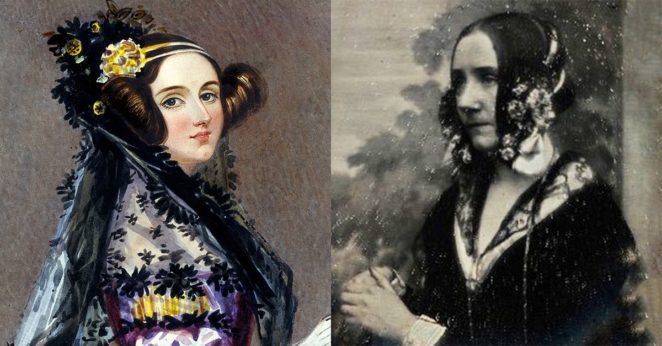 Ada Lovelace  is called the world’s first computer programmer. The major accomplishment of Ada Lovelace is, that she wrote the first algorithm for analytics engine. which was the basis of a general purpose machine or computer.

It was a feat that, the girl who performed this, faced a difficult and difficult situation from small age to death. Let’s turn to the adventures of Ada Lovelace’s life book.

Ada Lovelace’s father was George Gordon Byron, a famous poet and member of the British Viceroy family. The world also knows him by the name of Lord Byron. Ada Lovelace born   On December 10, 1815,in London in the home of lord byron.

Byron wanted male children and he was in deep despair over the birth of his daughter, that is why Ada Lovelace has lost her father’s compassion and love all her life. Ada’s father could not maintain relation with his wife and the separation was reached.

Ironically, Ada could not even receive the love and attention of her mother. She would often leave her daughter to her grandmother. Ada, on the other hand, has been ill since childhood and at the age of 8 year, she suffered from constant headaches that negatively affected her eyesight.

In the fourteenth year of her life she became bedridden after a measles disease and after being ill for a year and a half, she was able to walk with the help of crutches. During this time the enlightened Ada Lovelace continued her journey of education and practiced in this regard, taking a keen interest in various arts besides science.

In the last years of his life she suffered from cancer and the same illness led to the death of Ada Lovelace  in 1852.