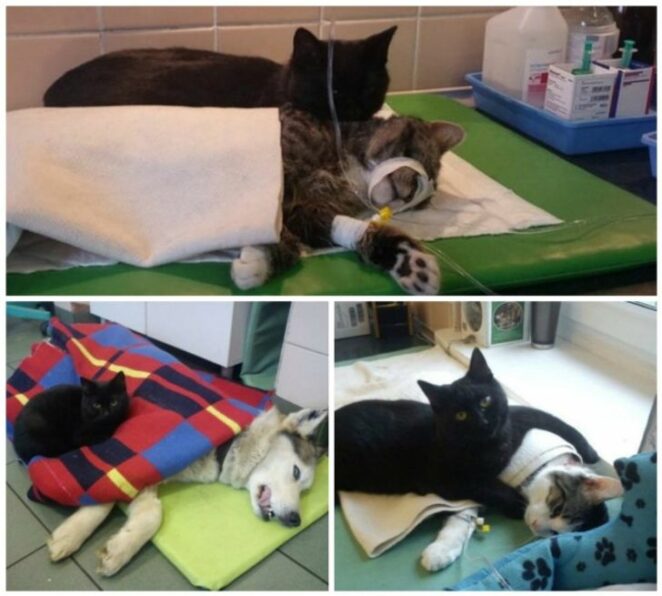 The black cat in the photo is named Rademenes. In 2014, he arrived at an animal shelter in Poland with a severe disease of the upper respiratory tract, which caused him excruciating pain. His owners brought him in to be euthanized, but the doctors decided to give him a second chance.

To everyone’s surprise, the cheerful cat made a quick recovery. Moreover, after overcoming the disease, the cat started to take care of other animals at the rehabilitation centre and earned the nickname ”nurse”.

Rademenes gives hugs to the other fluffy patients, warming them up as they rest and recover, and sometimes he even licks their ears.

Today, the cat-nurse is almost a full-time employee of the shelter. It is said that those animals which Rademenes looks after recover much faster.

Now doesn’t that just show what miracles are possible by showing a little kindness?