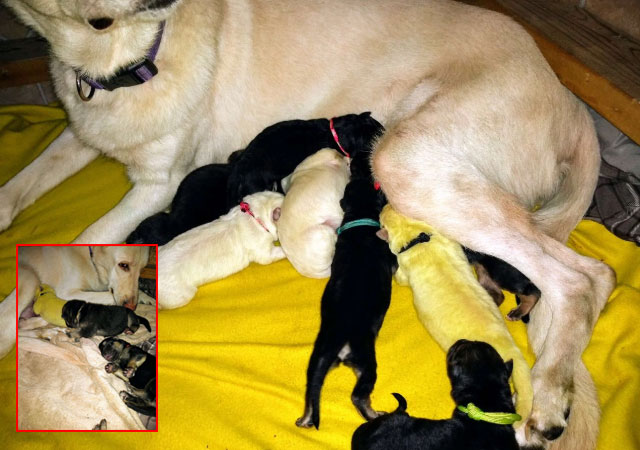 In the US state of North Carolina, a green dog was born which is declared as “The Hulk”  According to the owner, their dog was crying in pain on Friday morning and it was the stage of giving birth, meanwhile, after 6 babies, a green baby was born. Shana Steamy’s dog gave four black, two brown and one green baby.

According to Shana, they have been breeding dogs for many years but this was their first opportunity, when they had a green dog in front of them. According to the owner, all the children are not only healthy but they are also breastfeeding.

According to veterinary doctors, the dog’s green color is not the result of any hazard or radiation rays. In fact, during pregnancy a large amount of green fluid in the dog’s stomach was excreted, which changed the color of the baby. According to doctors, over time the baby’s green color will change to white.