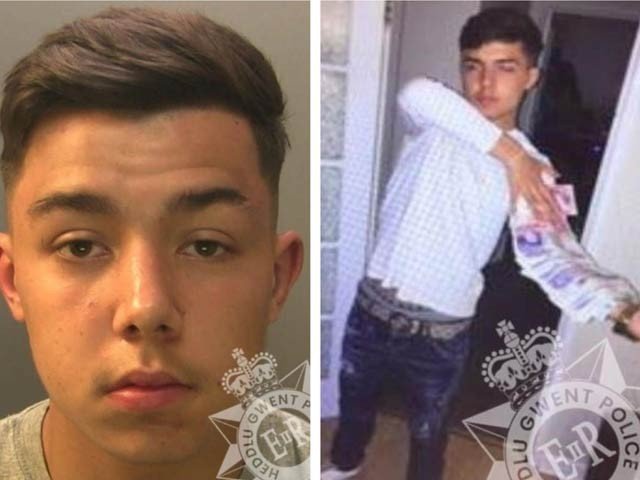 In the UK, a teenage cocaine seller is arrested for taking selfies with a lot of money to intimidate others and post them on various platforms.

18-year-old Adam O’Reilly took selfies with thousands of pounds at a time and posted them online. ۔ In one photo, he slips many pound currency note into his arm. ۔ In another photo, a large sum of money can be seen in their hands. The police became suspicious and intended to question the young man.

Police found Adam’s phone with cocaine and other drugs during an operation in the Abertrider area of South Wales. Further investigation turned up 6,000 pounds in cash, 3,700 pounds of cocaine and 3,000 pounds of ketamine.

Further investigation revealed Adam O’Reilly’s Facebook page and in several of his posts he was encouraging people to buy drugs. ۔ In another conversation, he was dealing ketamine with acquaintances. It turned out that he also sells drugs on SnapChat.

While A and B class drug dealing is his normal practice.The court seized money and drugs from him and he could face up to three years in prison.