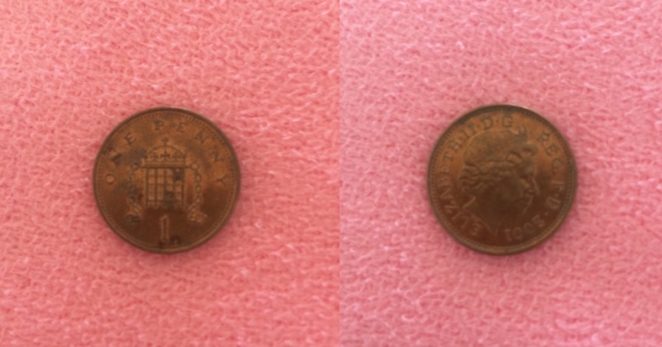 You may think it’s nothing special, but this penny means something.

To be honest, I don’t know anything about it. I wouldn’t even know what it was, if it wasn’t clearly written. I don’t know if it’s old or recent. I suppose it’s a British penny because, on a side, you can see the image and read the name of the Queen.

It is special because I’ve never been to the UK. Actually, I haven’t been abroad at all.

However, I can easily guess how this coin reached my pockets.

Yes, the kind of wrong change where it isn’t just the amount to be incorrect, but the currency.