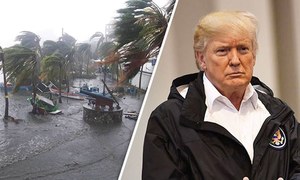 US President Donald Trump recently expressed his desire to buy Greenland, a free-ranging island state under the European Union country Denmark. Now there he surprised everyone by expressing his desire to stop the natural storms.

Donald Trump has expressed his desire to drop nuclear bombs on the hurricane that harm the US. All experts and top officials at the meeting were surprised by the question of Donald Trump’s stopping the Hurricane by dropping nuclear bomb.

And after a few minutes of silence, they told the president that they would consider his proposal.