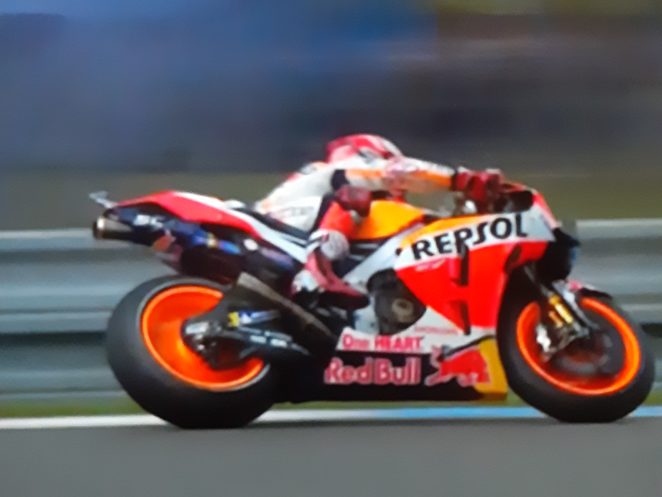 Being a big fan of motorcycle racing and motorcycle racing, I watched this year’s San Marino Grand Prix at the Marco Simoncelli Race Course in Misano. The racetrack is in my vicinity … about 500 km away from my home. I am a big fan of Valentino Rossi, but in recent years everything is not going according to his plans, but I am still his loyal fan. Because I took pictures with my cell phone, I only managed to get this one out of many pictures. This is a picture of San Marino Grand Prix winner Marc Márquez. He has made 7 World Cup titles so far in his career. In 2010 he was the world champion in the class up to 125 cubic centimeters, in 2012 he became the world champion in the Moto2 class up to 250 cubic centimeters, in 2013 he first became the world champion in the MotoGP class (later in 2014, 2016, 2017 and 2018).