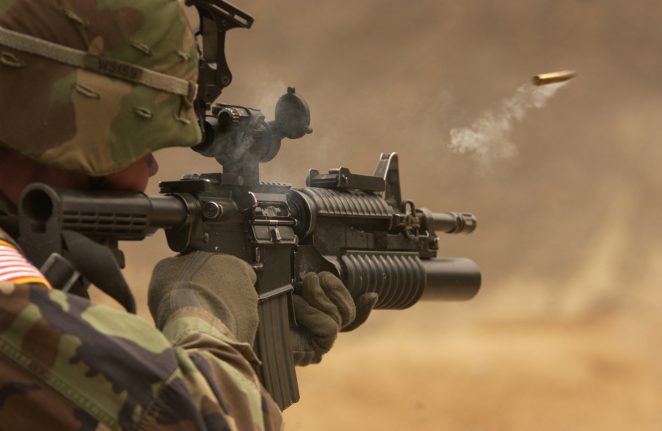 After spending 3 years in a war on the Namibian, South-African border, fighting the ANC, SWAPO, Chinese, Russian and Cuban forces doing what I was trained for 6 months to do well, killing people efficiently as a sniper in a unit called the Police Brigade, (not the regular army) The police brigade was S.A’s first line of defense, almost like the Texas Rangers who were regular police officers applied as a fighting unit in Vietnam, and in various other hot-spot areas in the world, as far as I can tell. Today’s Texas Rangers are a respected law enforcement unit that leads criminal investigations in major crimes, unsolved crimes, serial crimes, public corruption, officer-involved shootings, and border security. The Texas Rangers are a division within the Texas Department of Public Safety.

Why am I telling you this, cos, while a soldier in the regular army, The SANDF, get psychologically debriefed on returning from active duty, while at the time, the returning police officers in the brigade, were basically told, “Cowboys don’t cry, so get on with your regular patrol duties.” We received no psyche or other debriefing and anyone having symptoms of anxiety or post-combat depression had to grin and bear it.

The result is that there were a few thousand “sick cops” walking around in my country,  in the 1980s fortunately, there are not too many of us left now as most are way past their SELBY DATE old or dead. I recently wanted to know what depression felt like because I was feeling “fine” all these many years since the war, I think!? So, these are the symptoms. If you feel inexplicably sad for weeks on end, find yourself chronically low on energy or motivation, or no longer enjoy doing things that used to interest you, you might be experiencing depression.

It’s not necessarily about feeling sad. Depression is often just a numb feeling rather than sadness. Often it’s not something you can even control or just get over like the ‘blues’. There are a number of different types of depression, with distinct symptoms and causes which can include factors such as inexplicable mood swings personality changes, and these may lead to substance and alcohol abuse,  other symptoms are a difficulty, coping with life events or traumatic experiences. If you or someone close to you are experiencing any similar weird personality changes, don’t tell them to “snap out of it”. It’s not something they can snap out of unassisted.