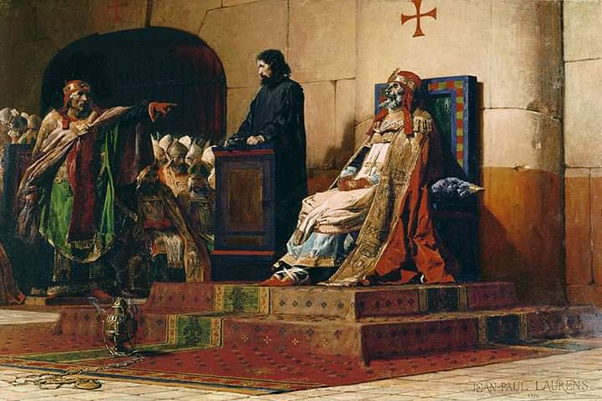 Of all the weird things I have come across, this has got to be one of the strangest true stories. It took place in Italy in 897 AD, when after Pope Formosus died and was buried, the Catholic church exhumed his corpse, dressed it in papal vestments, and seated it on a throne to face trial.

The verdict was that the deceased Pope had been an unworthy pope and after declaring their findings, he was buried again. Thirteen years later in 910 AD, Pope Formosus’ corpse was exhumed once more, re-tried, found guilty again, and was beheaded and thrown into the River Tiber, the reason for this was that he was found to be unworthy of a human burial.