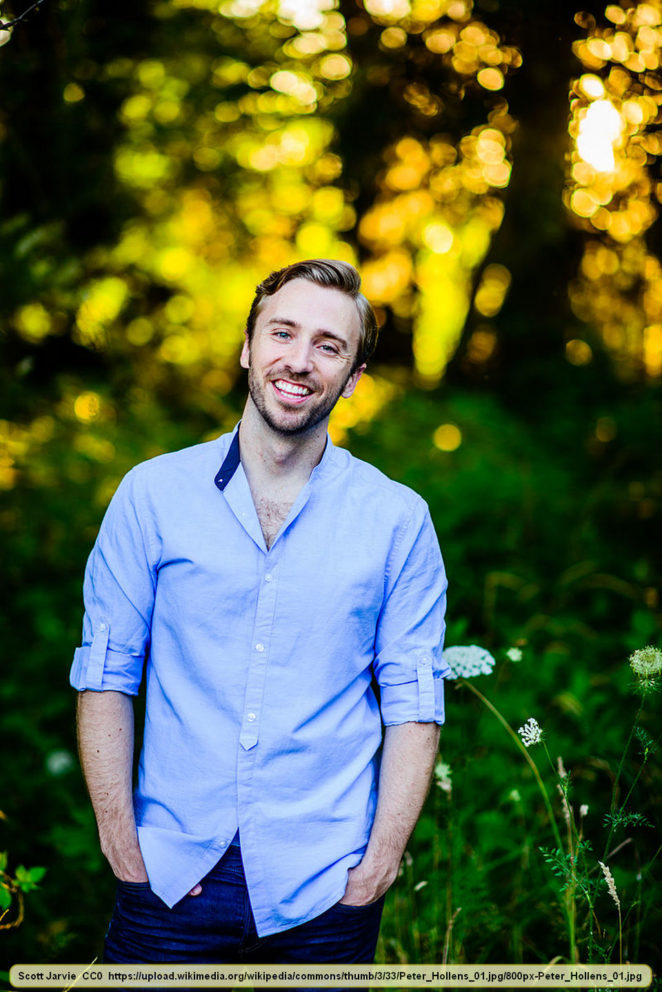 I’ve shared several music videos from Peter Hollens, as has Ghostwriter and possibly others. It occurs to me, though, that people who enjoy his music might want to know more about him.

Peter was born in March 1982 in Ashland, Oregon. He is best known for his a capella music, often with Peter singing multiple parts. This kind of music is quite difficult because there are no musical instruments to accompany the singer or singers, so they must have a good ear for music, in order to stay on key and in tempo.

Peter went to the University of Oregon in Eugene and along with Leo da Silva, he was instrumental (no pun intended) in forming U of O’s a capella group. Peter graduated with a Bachelor of Music in vocal performance.

Peter has been professionally singing, songwriting, and producing music since 2002. Peter, his wife Evynne, and two sons; Ashland (born in 2014) and Saylor (born in 2018) still live in Eugene.

Peter has won five vocal awards so far, three of them for solo performer.

Many of Peter’s music videos can be found on YouTube, as can those by his wife, Evynne.