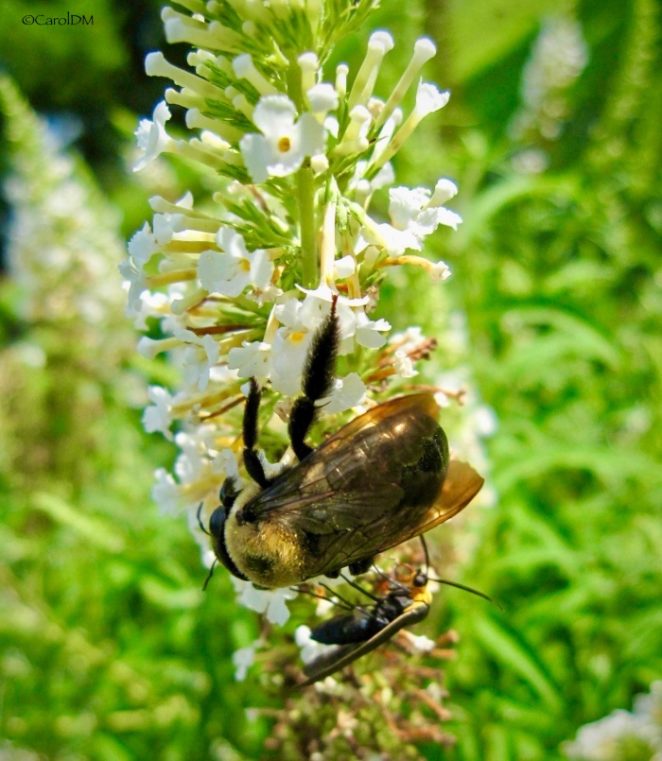 Last year both butterfly bushes did well in Dustin’s garden. I hope the same happens this year.

Snapped this photo at the end of last summer. A bumble bee and a soldier beetle enjoying the butterfly bush.

Soldier beetles are a common outdoor insect that can be abundant accidental invaders as either larvae or adults.

Soldier beetles are nicknamed leatherwings because of their soft, clothlike wing covers, which when brightly colored are reminiscent of uniforms.

The beetles are elongate, soft-bodied and about 1/2-inch long. Colors vary from yellow to red with brown or black wings or trim.

Soldier beetles resemble lightning bugs but do not have light-producing organs.