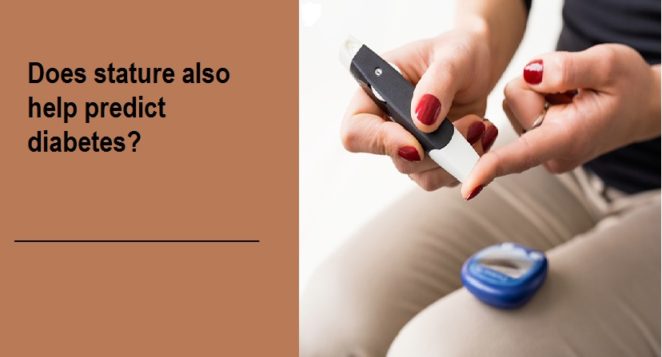 If we acknowledge the scientists theory, then short stature people are at higher risk of developing type 2 diabetes compared to long stature people. The claim came from a medical study in Germany.

The German Institute of Human Nutrition Potsdam-Rehbruecke’s research reviewed data more than 27,000 people aged 35 to 65, who had previously been part of a research on the dangers of other dangerous diseases, including diet, lifestyle behaviors and cancer.

Researchers performed physical examination and blood tests of these individuals while they were reviewed for 7 years and during this period, 700 people became diabetic type two.

They discovered that every 4-inch increase in height reduces the risk of a person being diabetic type two by 41 %, and by 33 % in women.