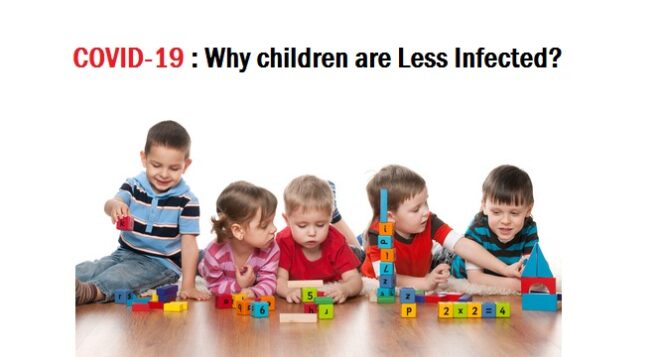 The Corona virus has engulfed the entire world and thousands of people are being hunted down every day, and now two interesting facts have emerged regarding this virus. One is that the majority of those who die because of it are men and the other is that it has little effect on children. It will be of great interest for readers to know the reasons for these two.

According to data from China, where the deadly virus originated, only three percent of children were infected and only two percent had clear symptoms of the virus. The remaining 98% showed a slight effect and other countries in the world have also seen similar effects on children. That is why universities and colleges in Sweden are closed but schools and day care centers are constantly open and some other countries are also reopening their schools.

There are two reasons why children are not affected or less affected by this virus, First, children often have diarrhea, colds, etc., which makes their immune system dynamic and responsive, As soon as any germ or virus attacks them, their body responds with a quick counter attack. The second reason is that in children’s body respiratory places called “receptors” in medical language, they are not yet formed in large numbers and do not allow the virus to enter their cells.

When the corona virus wants to enter the cells in the children’s body, it does not find its way and it stays like a failed thief without stealing. These are the two main reasons why children are not affected.