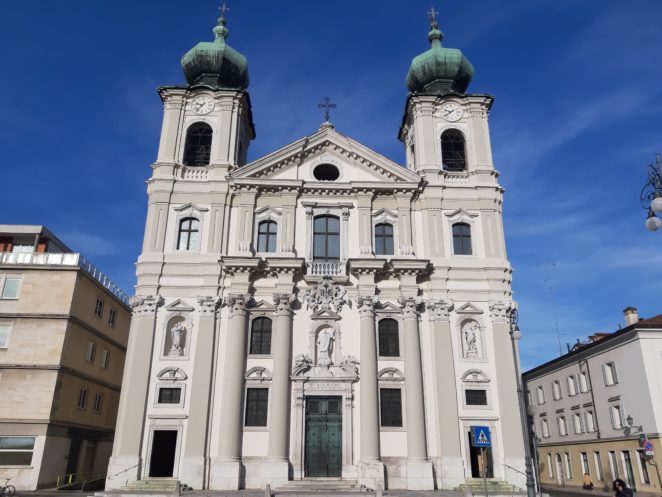 Church of St. Ignatius in Gorizia, built by the Jesuits who came to the city from Graz, at the invitation of Archduke Ferdinand, as a counterbalance to the Protestants who preached here. Among them was Primož Trubar. The church was built in 1654. Several decades had passed before the consecration. In 1767 it was consecrated by the first Archbishop of Gorizia, Karel Mihael Attems. This has not yet been completed. The construction of interior church furnishings such as altars, statues and paintings continued. The final act was the completion of the baroque facade of the church and two bell towers, which are completed by onion roofs. The elaborate facade was completed much later, in 1721, and is the work of Christopher Tausch. Also, sculptures in niches are his work. The central statue of St. Ignatius, on the right is St. John the Baptist, on the left is St. John the Baptist. Joseph.