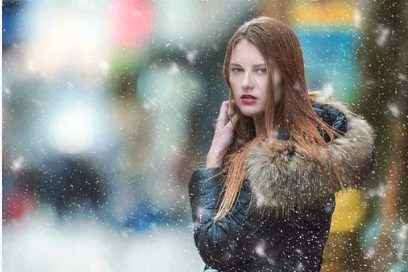 Ivé been hearing a lot about so-called “filler articles” lately and frankly, I simply cannot tell the difference between many, which, in my view, are plainly trashy articles that regularly appear on Virily’s trending page and no, I’m not stupid enough to actually quote examples but seriously folks, come on, lets stop kidding each other, the powers that are supposed to police or monitor these posts obviously don’t really care at all. I mean, just check out some of these unfinished or misspelled titles, and in spite of that, here they are, trending, (several of mine have trended, BTW?!)

So, then, in the absence of a clear definition of what constitutes a “filler” article, may I ask for an example of what s not termed “filler content” since even Google does not show a clear example, and I quote:” There are two kinds of articles on every blog, one is filler and other is killer (Pillar). Every blogger prefers to write a killer article on their blog to make sure that it hits social networking websites like Twitter, Digg, Delicious, etc. But it is quite tough that all your articles are killer articles. If you have a blog that publishes 3-4 articles a day, it’s hard to make every article a Pillar article.

Here is something I found interesting and am sharing it with the other dim-wits like me.

It is about a condition called Seasonal Affective Disorder (SAD) which affects about 6% of Americans and 10 percent of the rest of the world. A further fourteen percent experience a milder version called winter blues. SAD can lead to feelings of depression during winter months, with the symptoms subsiding during spring and summer. It is in some way linked to seasonal variations of light.

SAD was first noticed in the late 19th century, but it was not formally classified until the 1980s. Scientists believe that melatonin, a sleep-related hormone, is produced in greater levels when the days are longer and darker as a result.

Increased levels of melatonin have also been linked to symptoms of depression. The most difficult months for SAD sufferers in the U.S.A.  are January and February.

Luckily, the treatments for SAD can be simple, it’s called Phototherapy (increasing the amount of light in a person’s environment) and has been shown to help many sufferers. If you are experiencing mild symptoms, consider reorganizing your home interior and your workplace where possible to allow for more exposure to natural sunlight during the day. Often just spending a bit more time outdoors during the day can alleviate the symptoms of depression. Researchers have found that a short brisk walk in winter sunlight was as effective as several hours under bright artificial light.

If you suspect you are suffering from seasonal depression, talk to your doctor about approaches that can help you. In worse cases for those who do not respond to light therapy, there are a few antidepressant drugs available to help treat this disorder.