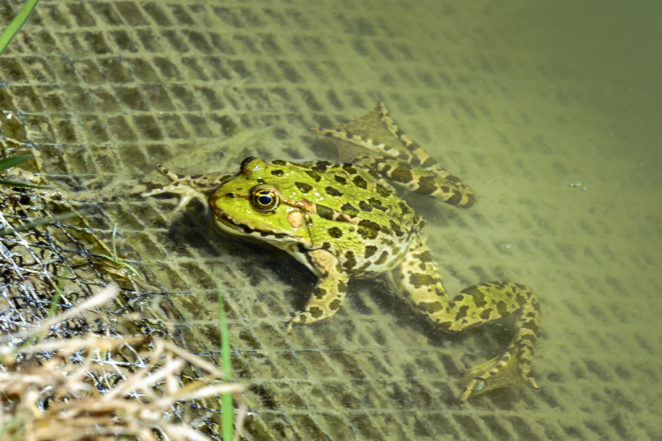 Rule number 5 of The Alphabet Crazy allows us to post non-English words but we have to explain its meaning, so that we can learn from each other! I find this rule very fun. I don’t know how many “languages” are present on Virily, but, at the end of the challenge it would be fun to learn at least one word in several languages.

After the first week I learned how to say Airplane in several languages. Click here and read the comments if you want to learn.?

The second letter of the alphabet is B. I chose a photo that represents a common animal that in Romanian is called broasca.( frog in english)The frog is very common in lakes, canals, ponds, ditches. It prefers the banks with vegetation , where it stays in the sun and at the slightest danger it jumps into the water. The color of the skin can vary greatly: some are green with many black dots, others are light green with brown, yellow and black dots and stripes and so on.

Today I want to learn how to say, frog in several languages.