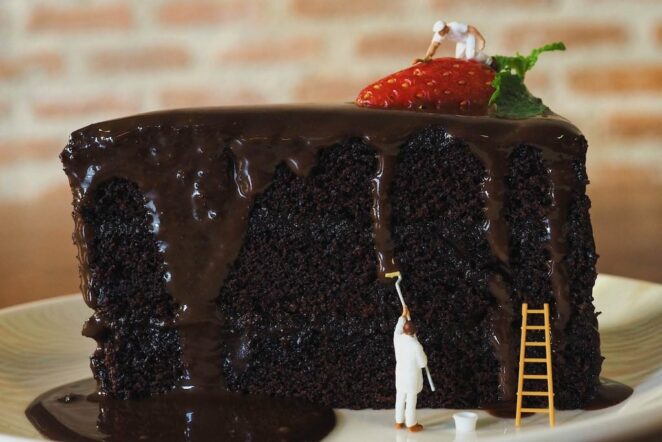 Continuing once again with my new series, ABC Desserts.

Funny name for such a delicious dessert. Agreed?

After researching I found some interesting facts about this dessert. First of all I wondered what is the difference between this dessert and chocolate cake. And here is what I learned.

Devil’s food cake is supposed to be darker and less sweet than other kinds of chocolate cake.

The extra dose of baking soda not only raises the ph levels giving this cake its deep dark color, but also makes it just a little bit fluffier in texture. To make the most “chocolately” of cakes, some recipes call for melted chocolate, cocoa powder and extra baking soda. Not sure what name that cake gets, but certain that it’s a winner.

So what’s the deal with the devil? As the story goes, traditional devil’s food cake in the early 20th century called for shredded beets to add moisture and sweetness to the cake. That infusion of beet-red color and the richness led to the devilish name because, you know, the devil is red and wants you to indulge with hedonistic abandon.

Now you know the rest os the story! Or so the story goes. 🙂