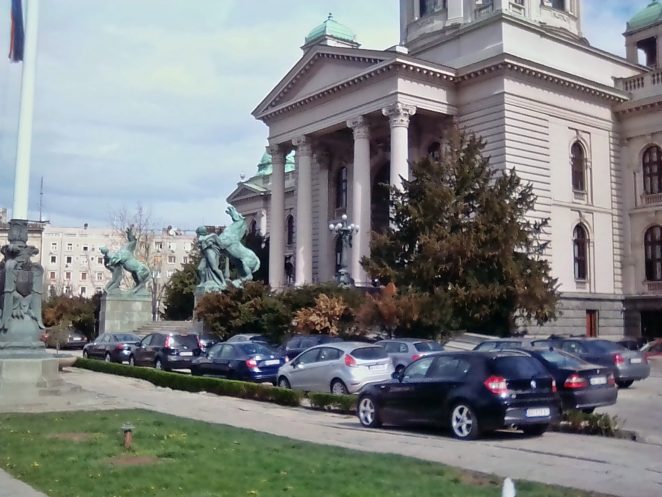 With the intention, I went to the center of Belgrade this morning. To visit the exhibition of flowers and horticulture. To my displeasure, it was finished yesterday. I completely forgot it. However, I used a nice spring time to spray a little bit with Belgrade, often telling you about the history of the photos I made along the way. Quality is not the best because I have a haircut mobile phone.First I walked past the National Assembly. In front of the assembly there are two sculptures that you see in the picture below. 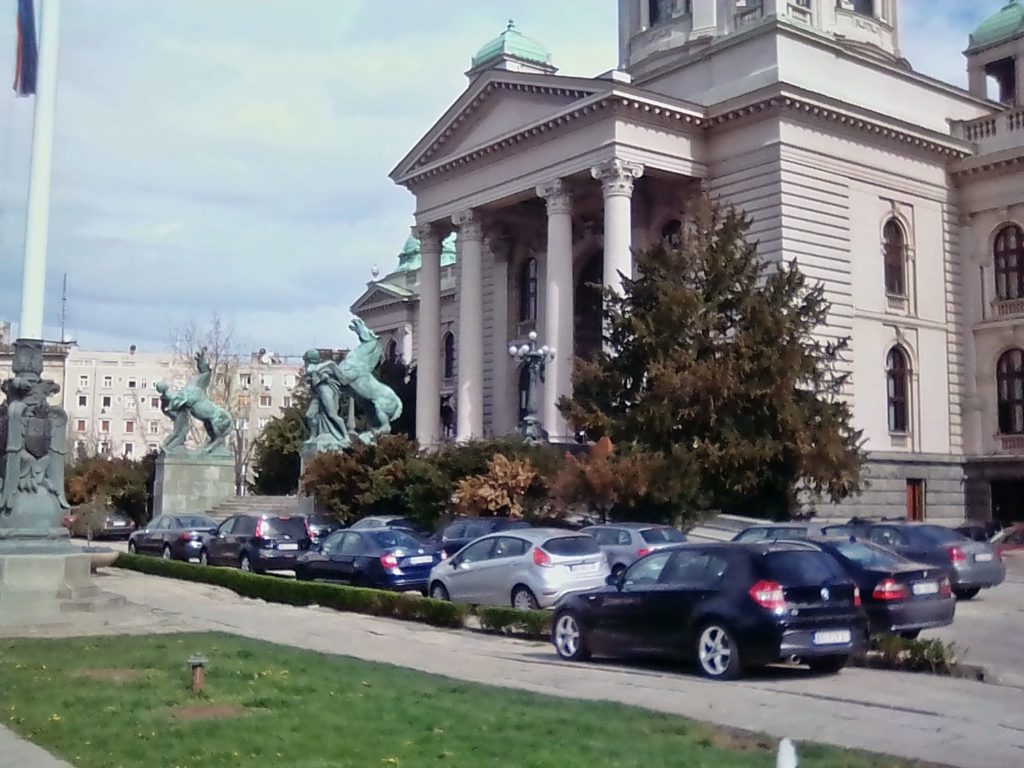 Now, something about them.Their author was Tom Rosandic (Split, 1878? 1958) was born as Tomazo Vincenzo. He settled in Belgrade in 1921. As more skilled, he exhibited at international exhibitions (Bec 1909, Rome 1911, London 1917, Paris 1919). He was a professor at the Art School in Belgrade, later one of the founders and the first rector of the Academy of Arts. From 1948 he was a regular member of the Serbian Academy of Sciences and Arts. Toma Rosandic, on the invitation of the Committee for the organization of the assembly, has performed a sculpture with a full name; Horses were played in the crowd, and with them were great heroes. Rosandic completed the sculpture in 1936. Sculptures were placed in front of the National Assembly in 1938.A bit further along the streets is a large panel with the name BELGRADE. I have seen a lot of foreigners, especially from Japan, taking pictures in front of the billboard. 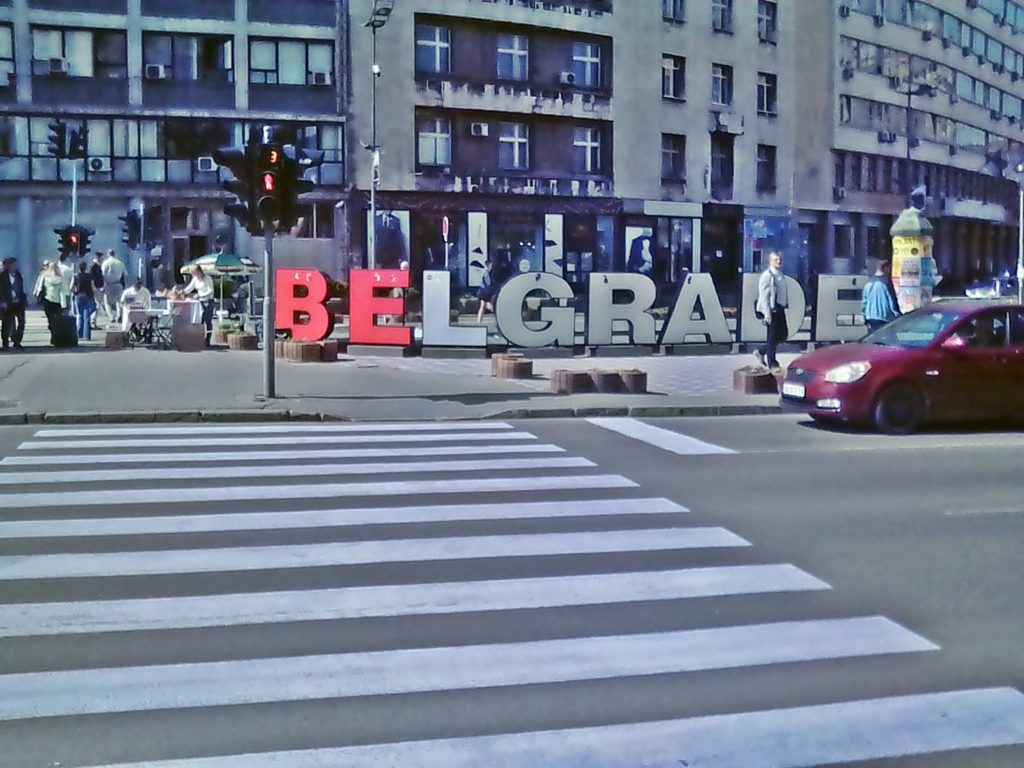 In addition, I walk past the fountain and I make a photo of the monument to Nikola Pasic. 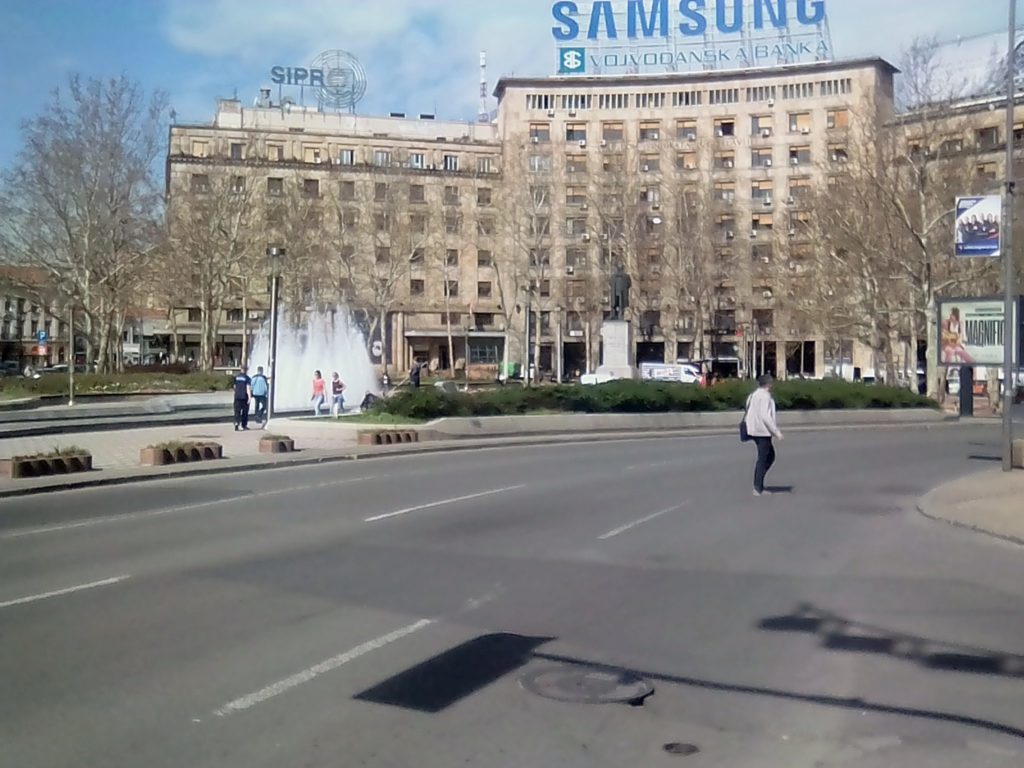 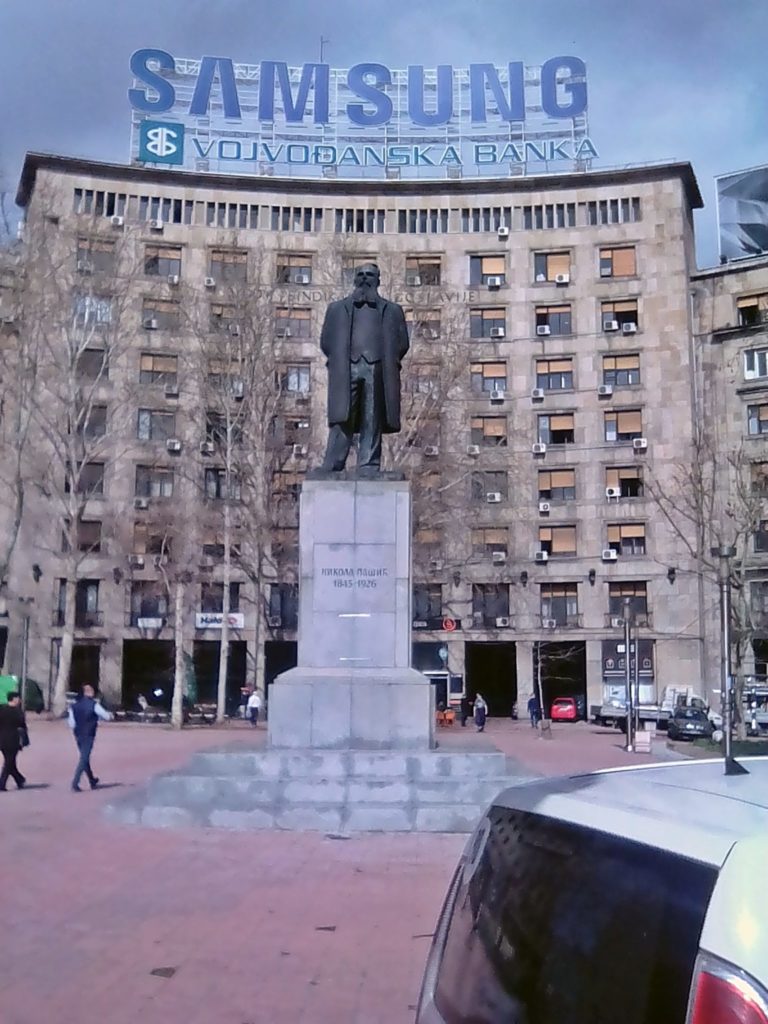 There is a very close street there that is so anthropic. This is the Atelje 212 theater, where the famous glamor Zoran Radmilovic played the main role in the plays King Ibi I Radovan III for many years. You can see his sculpture in the left corner of the photo. 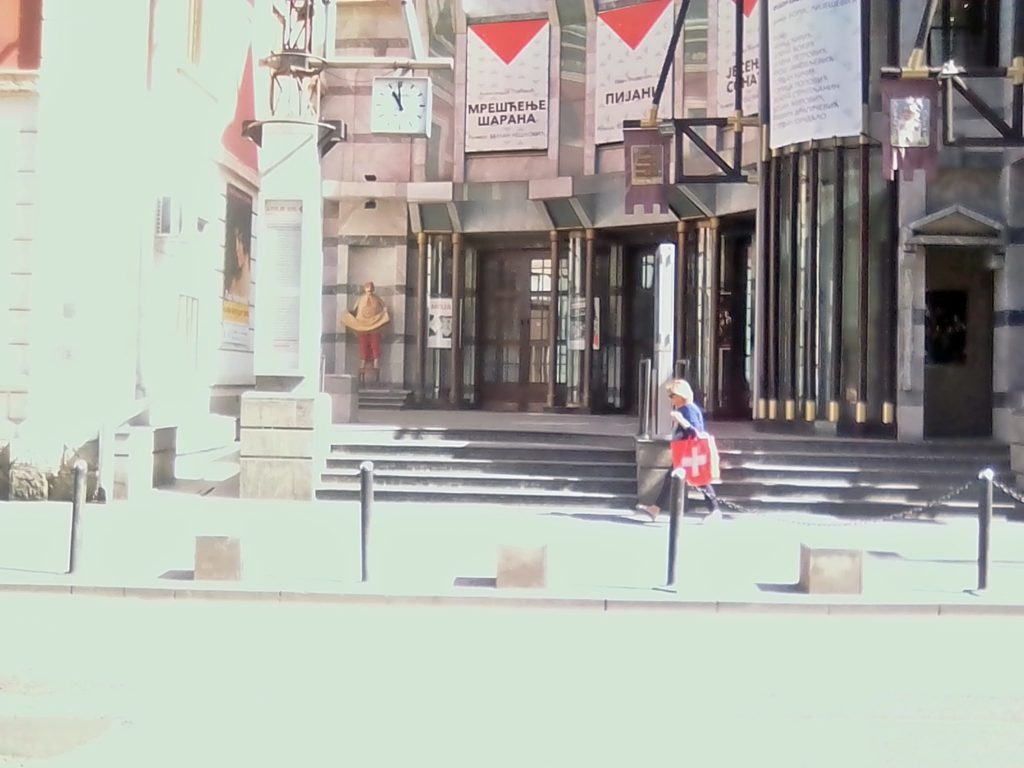 Next we come across a Serbian cafe where all the important actors gather together for years, singers, directors, bohemians and other free and academic citizens of Belgrade.There was also adopted and implemented the idea that the street should be closed every year on January 1 each year and that families with children are free to set up. In front of the tavern the actors would serve for free a corbus of rasola which is obtained by acidifying cabbage. It is great to break the hangover after the New Year’s welcome nights and alcohol consumption. 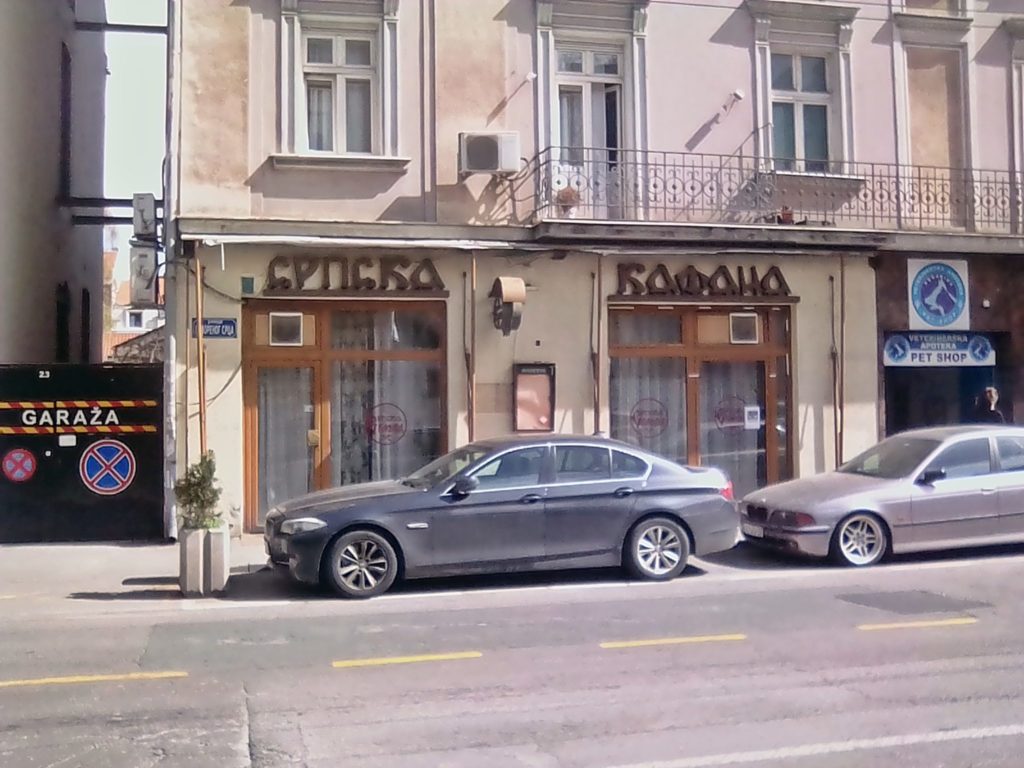 And you can see one more detail about the street in the last picture. In our country, Serbs are so. When they come to power, they bring changes. 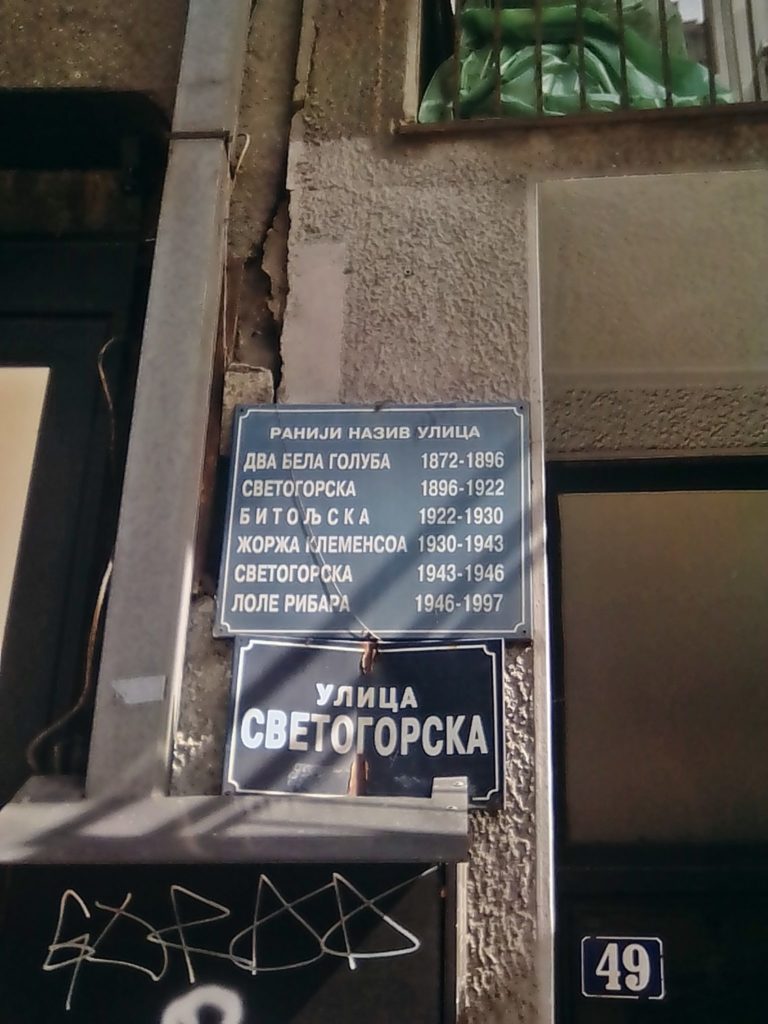 Thus, this street also had different names depending on who ruled Serbia.For this time, you can also look at the current street Svetogorsk street in Belgrade. 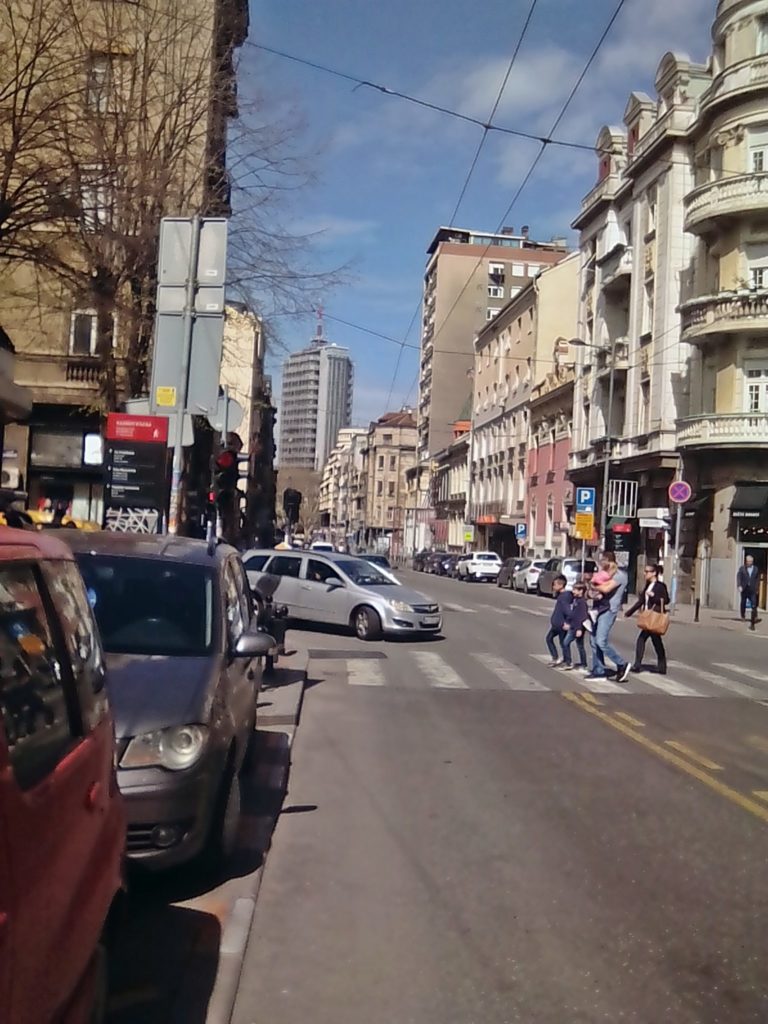 You saw only a part of Belgrade, they say that many come only for the excellent night rafting on our rivers Sava and Danube as well as excellent food.I personally think that they are coming for Belgrade’s most beautiful women, girls in the Balkans and beyond.I hope you enjoyed it if you are kidding and send a comment. All photos taken by me.