Visit to the art exhibition

In our Belgrade-Borca suburb with about 90000 inhabitants, there is one library building.

Within the building next to the library there is a small post, as well as a chess club for children of 6 years.

You can see the building in the picture below. 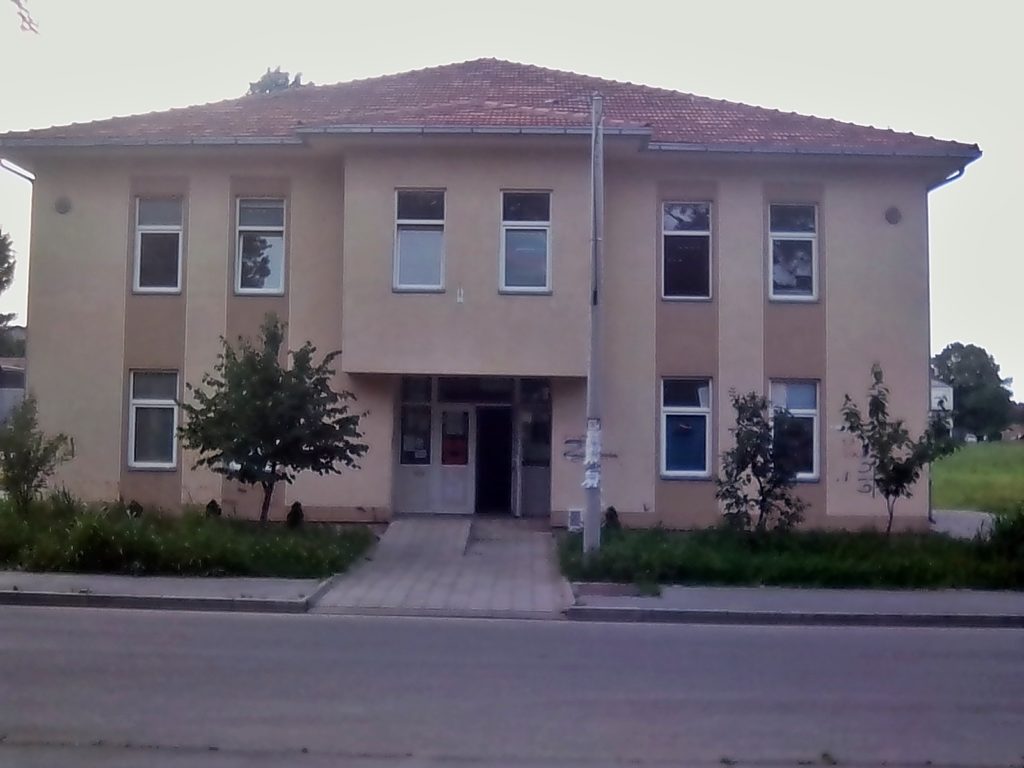 As a member of the library, I received an invitation to exhibit a couple of days ago. At the exhibition, I left on May 23 this year with my grandchildren.

We arrived at the exhibition in the library room. 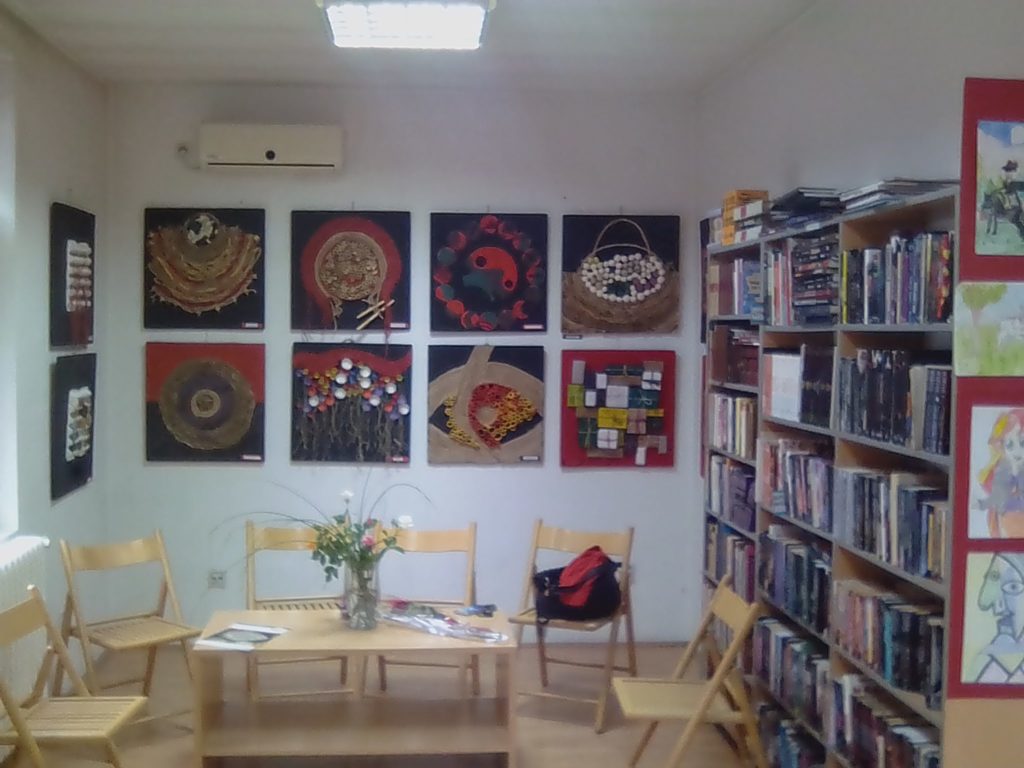 And now something about the show.The author of the exhibition is Mrs. Ljiljana StevanovicThe exhibition was called Red and Black. She explained that it had nothing to do with the symbols, but at that time it had these colors.The technique for exhibiting works was the on French Aeembly. 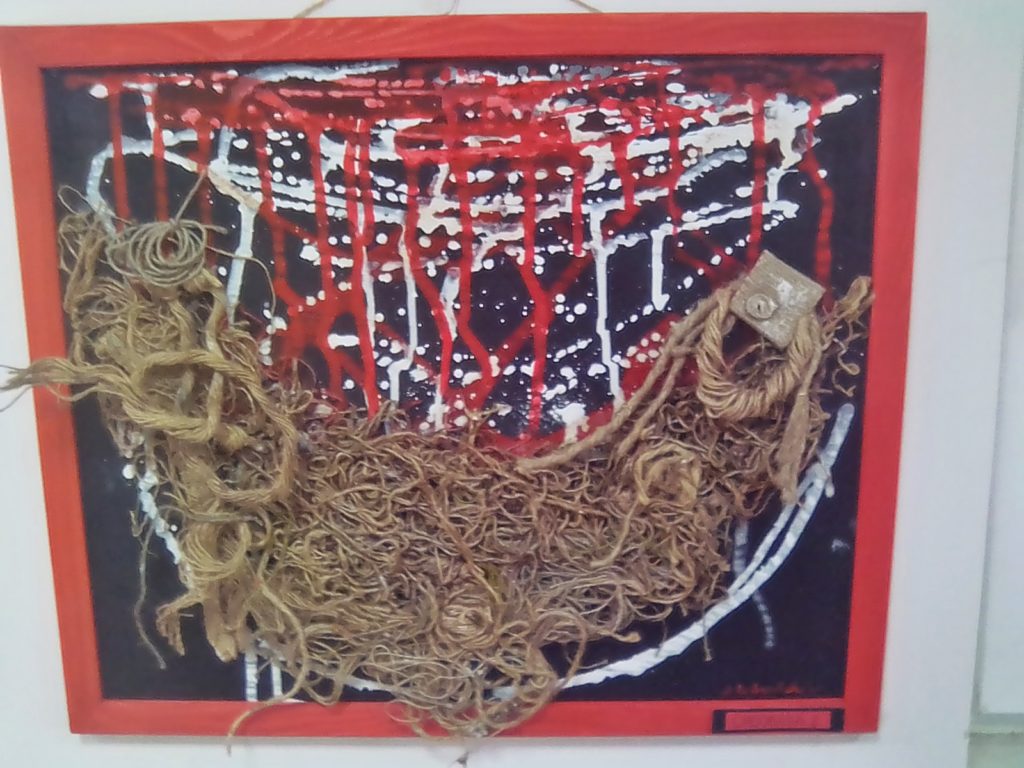 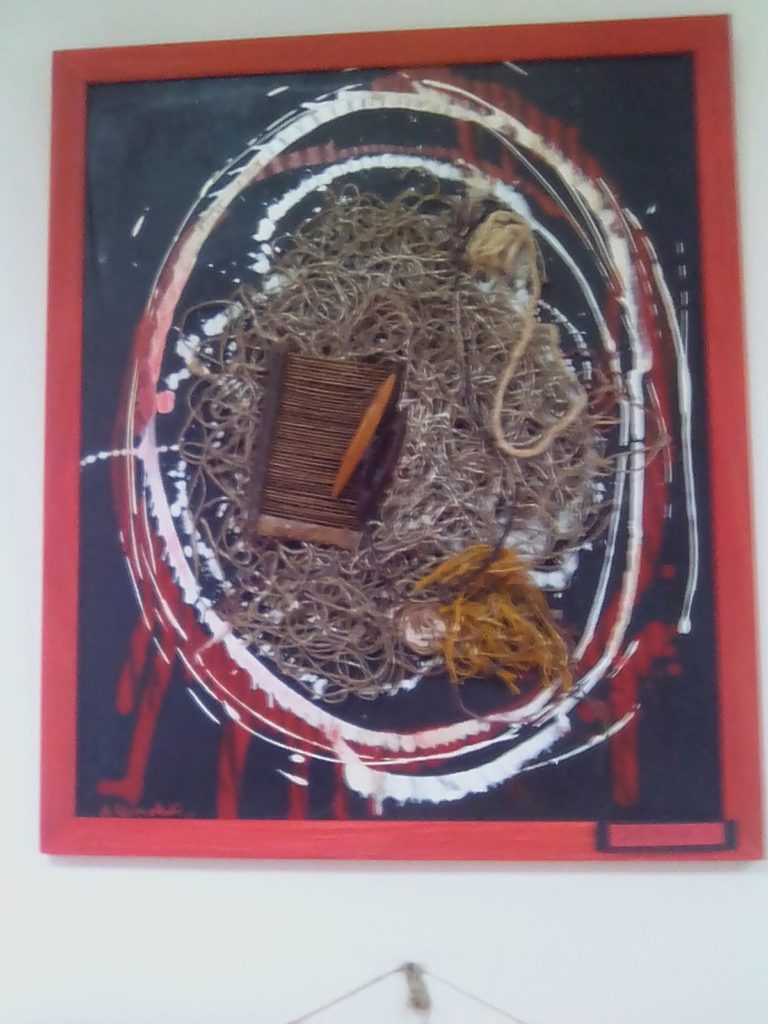 Her guests at the show were art gifted children with talent for drawing Maja Dordjevic for 6 years. 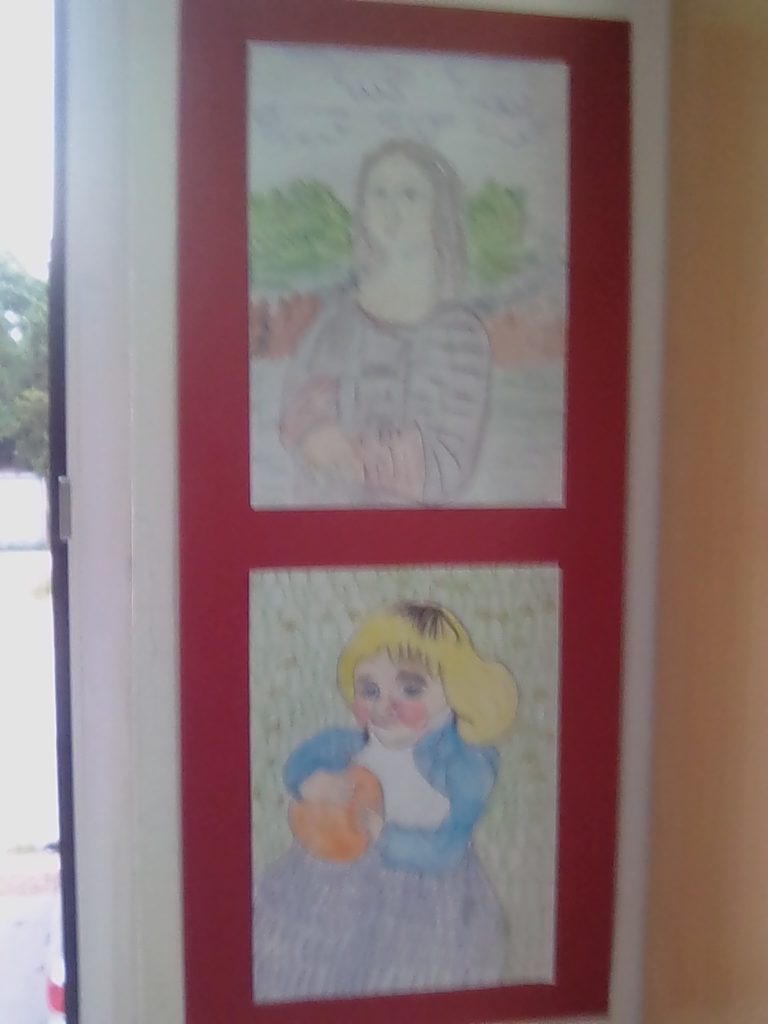 A small biography of the Authors of the exhibitionLjiljana Stevanovic. born in 1953In art since 2001.35 solo exhibitions175 collective exhibitions in the country and abroadHe lives and works in Borca.

I found something about her technique on which she creates her works of art on Wikipedia.The writers write this – I quote”Asamblaž (frank assembly – folding) is a sculptural technique that involves collating different objects and creating a three-dimensional composition of these objects.Asamblaž, on the contrary, relies on a collage, but while the collage is bound to a vertical surface, asambal takes place in the space. Asamblaž is a work that consists of various objects for everyday use and can be described as a spatial collage.The origins of the word can be traced back to the early 1950s, when Jean Duffy (Jean Dubuffet) made a series of butterfly wings collating them as assemblages d’empreintes. However, Asamblaž has its own history that can be traced back to the beginning of the 20th century, beginning with Cubist collages, through Picasso’s early constructions, the daddy’s objects, to the asamblass of the new reality of the sixties of the 20th century. Jean Dibife can be considered only the creator of the name of this technique.Ancient sculpture is a branch of the asamblass which deliberately seeks the old man, the waste of urban civilization, and turns them into an artwork by selection. “

The author of the exhibition explains that she made the works literally from the old rejected things she found or had at hand.Regardless of all this, I spent a wonderful evening in a pleasant atmosphere, and my grandchildren were even more interesting serviceSnacks, chocolates and juices.The next show is a great salutation.