I went down to visit Cara my Aunty in Havelock North. I haven’t been able to see her in 2 years for one reason or another.

Finally I got my chance last weekend. My husband used to cry out a lot from pain from arthritis in his shoulder, so after a long wait, he got a shoulder replacement. It is the very side where he was born with some paralysis. It has been very hard for him. Now he is slowly regaining his movement but it has affected his balance and walking as well..

We have been through a medical year and more than just this as well ..but that is a long story…

The fact is, we are in the process of making things get better and they are improving as we go. Call it a challenge, humans often are tried..

So here is the thumbnail of a Napier Marina opposite the “Dutchman’s Frying” famous for it’s Fish & Chips. Each of us got a piece of fish, and 2 famous Bluff Oysters and I insisted on Kumara chips, as they are better for you than potato.

To begin with, a check list lifted the stress of packing and when the car was packed I began the journey of 7 hours driving. 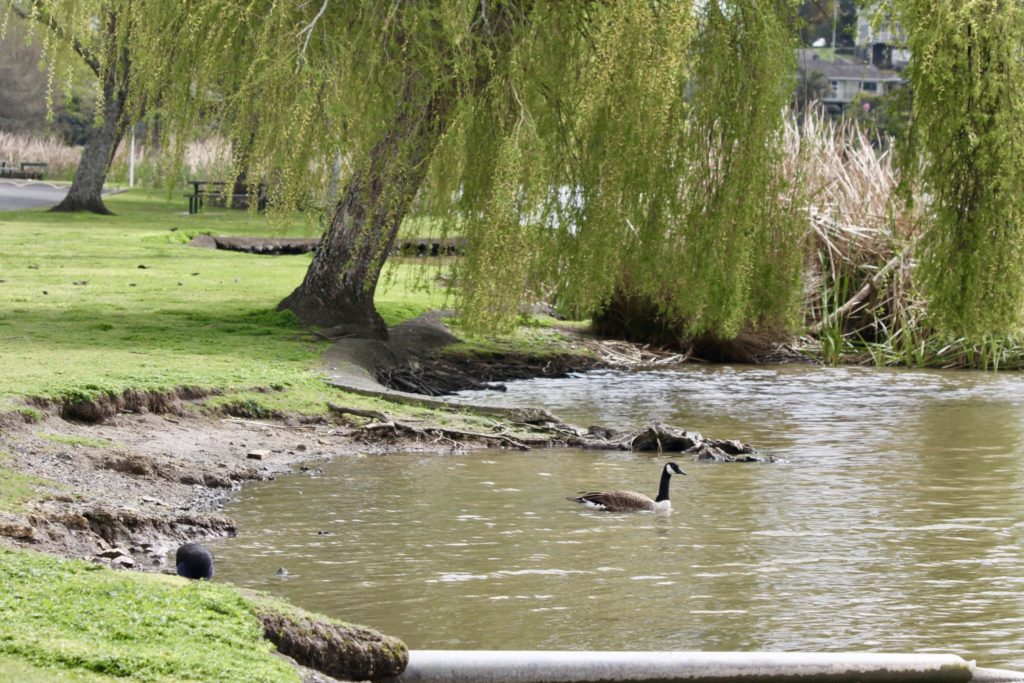 This is our first stop Lake Hakanoa, Huntly in the Waikato district,  about an hour and a half driving. We had coffee out of a thermos and a biscuit. I took some photos and resumed driving. 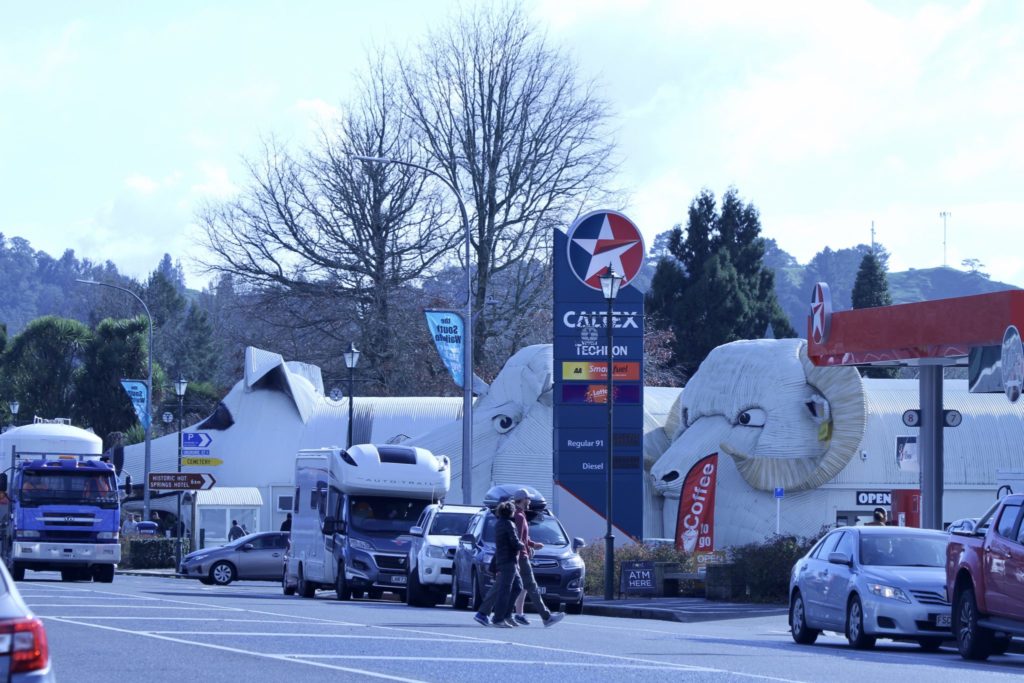 This is Tirau, still in the Waikato district. We filled up on petrol here, as petrol in Auckland is much more expensive than smaller country towns in the Waikato region. We also had my home made ham and egg sandwiches nearby and continued our journey. This would be about 2 hours and a half from Auckland. 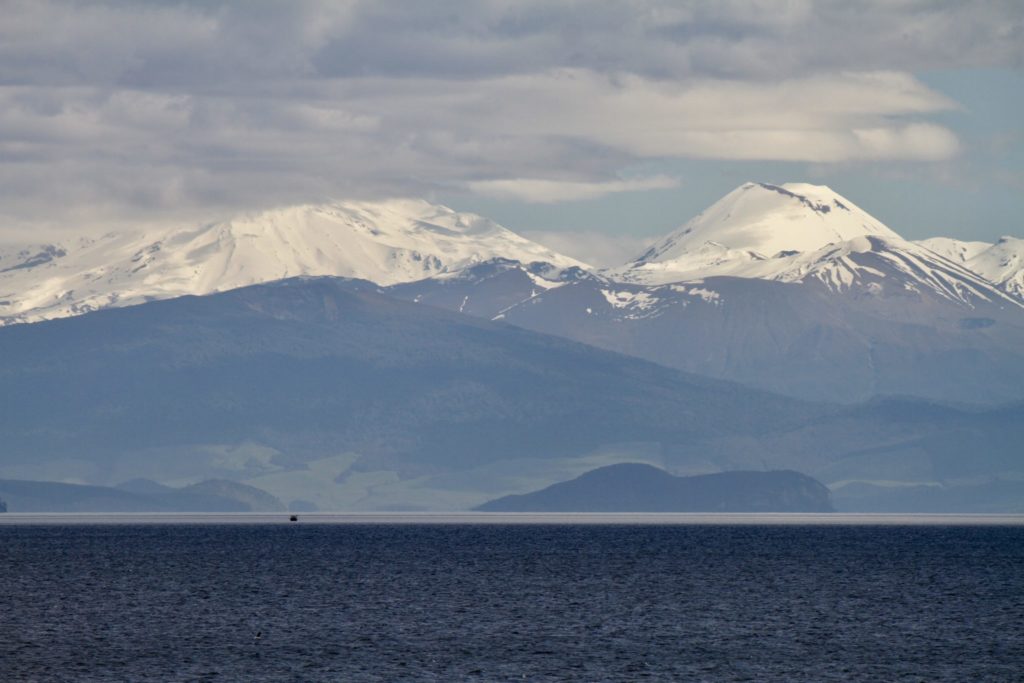 This is Tongario National Park taken from Taupo town from the Lake edge. Lake Taupo is in itself an active volcano and here is the volcanic plateau. Nearby was a hole in one game place where people hit a golf ball and attempted to get the ball into the receptor in a raft in the water. I was told divers came later and retrieved the golf balls.

We ate the rest of my ham, cheese and pineapple sandwiches and coffee from the thermos and resumed the journey. Taupo is 4 hours drive from Auckland. 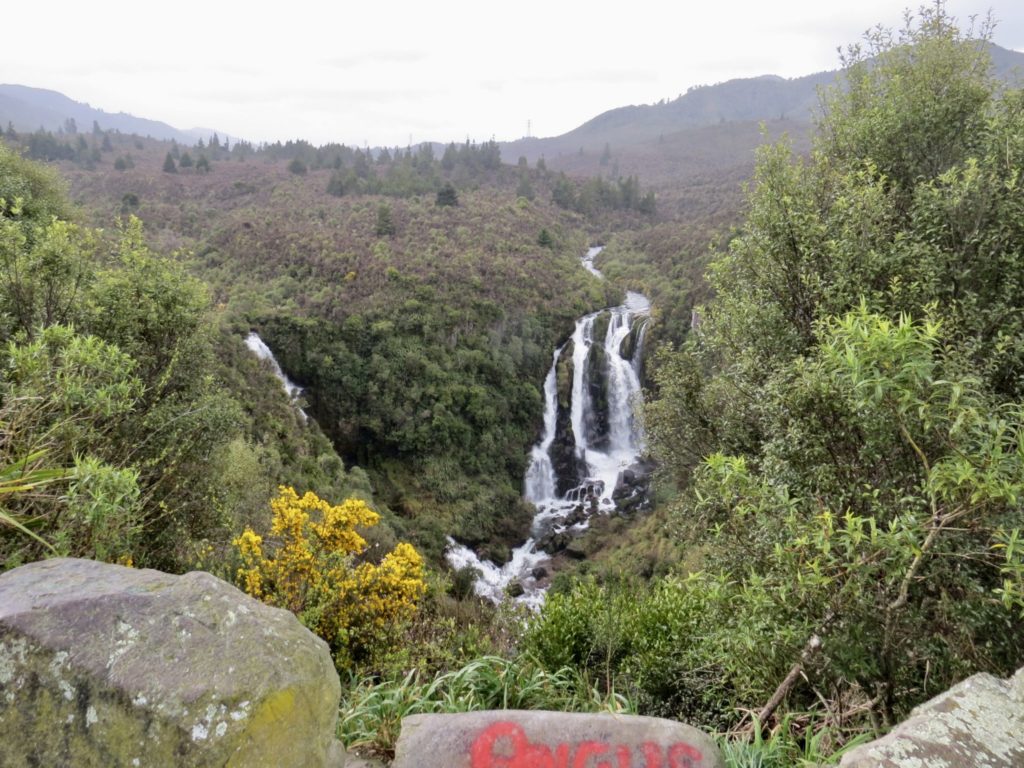 This is Waipunga Falls from the Scenic lookout most people pass by on the road. Most don’t even know about these falls. It took another hour and a half to drive here. It was a good display today as it was taken after rain. 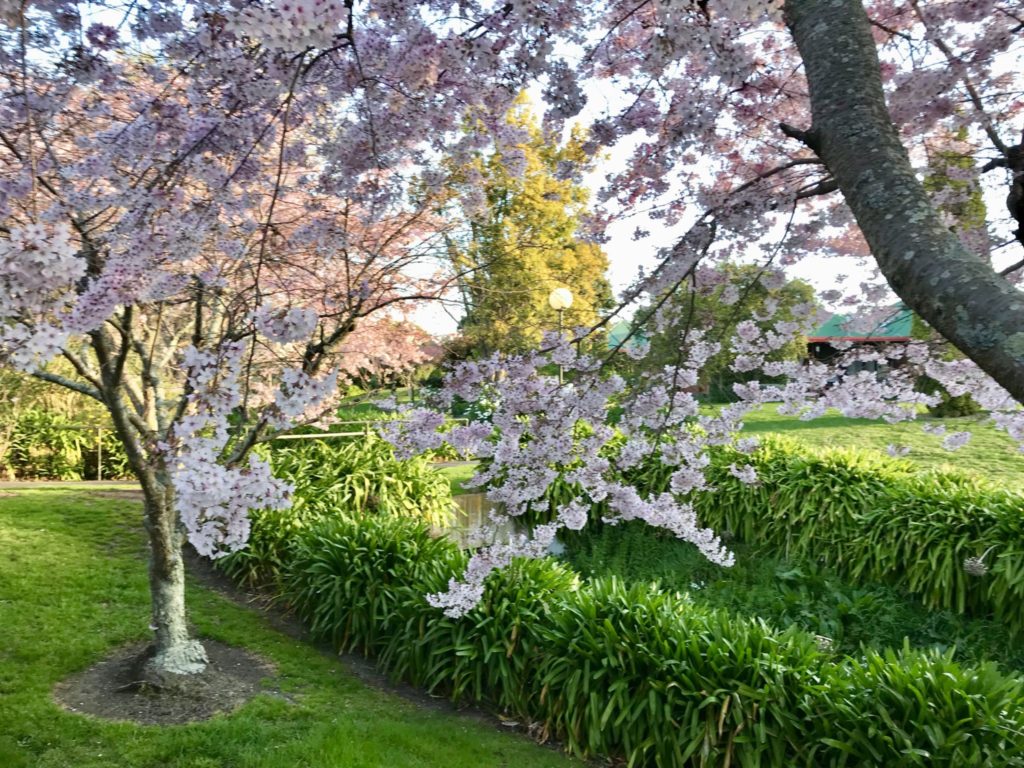 These are the beautiful Cherry Blossoms for spring near Cara’s home in Havelock North. We had arrived about 4 O’clock in the afternoon or near that time. The road from Taupo to Havelock North took 3 hours and I am including our stop to the falls.