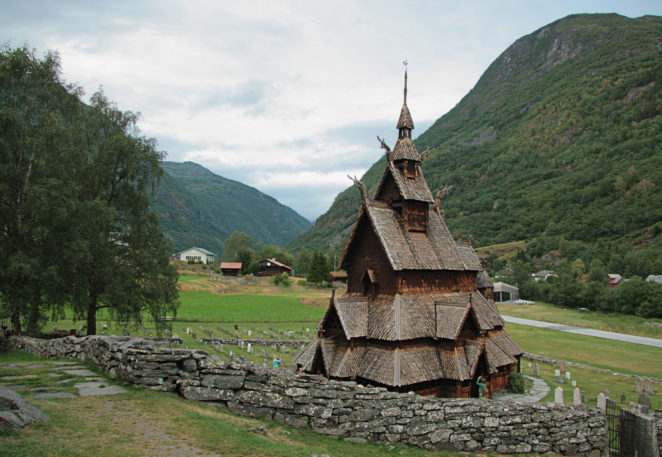 Borgund is a small town in southern Norway, not far from the headwaters of the Sognefjord, a deep waterway that extends inland for more than 100 miles. It’s main feature of interest is the remarkable Viking-built stave church. 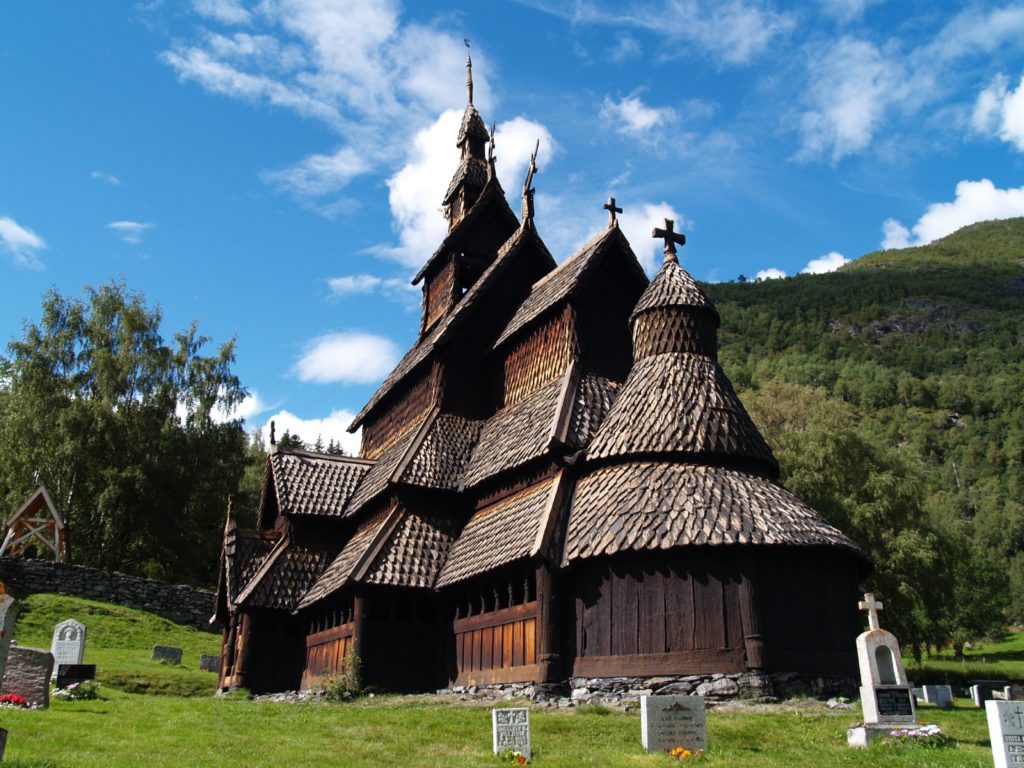 A stave church is one that is built with a basic post and lintel construction, i.e. without arches and vaults. Vertical posts (staves) form the walls and internal pillars, with sills resting on top that provide the base for further staves on top. The steep-sided roofs are often supported on X-shaped scissor beams.

Stave churches were once common in the Scandinavian countries, with up to 1,000 having been built in Norway before 1400, but not many remain today. This is hardly surprising given the susceptibility of wooden buildings to destruction by fire and severe weather. Some have been dismantled and rebuilt elsewhere, but the church at Borgund is a relatively rare example of one that has lasted down the centuries much as it would have looked when originally built.

The church dates from around 1150-80 and has therefore survived intact for about 850 years.

The Vikings who built the church were descendants of the men who built longboats in which they sailed west not only to Britain but also out into the Atlantic Ocean. They therefore knew a great deal about how to use wood to build for strength and durability.

They also copied features from shipbuilding when building the church. There are carved dragons’ heads on the gable ends, just as there would have been on ships’ prows. The inside of the church resembles a ship’s cabin, with the small windows being more like portholes than standard openings.

The church reaches higher and higher like a ship’s mast, with six roof levels rising skywards.

Another interesting feature of the church is that it contains carved images that have little to do with Christianity – such as the dragons mentioned above, but also a wealth of other animals and mythical beasts, plus runic inscriptions and mystical symbols. The Vikings were relatively late among Europeans to be converted to Christianity, and there are reminders of their pagan past to be seen all over the building – as though the builders were hedging their bets. 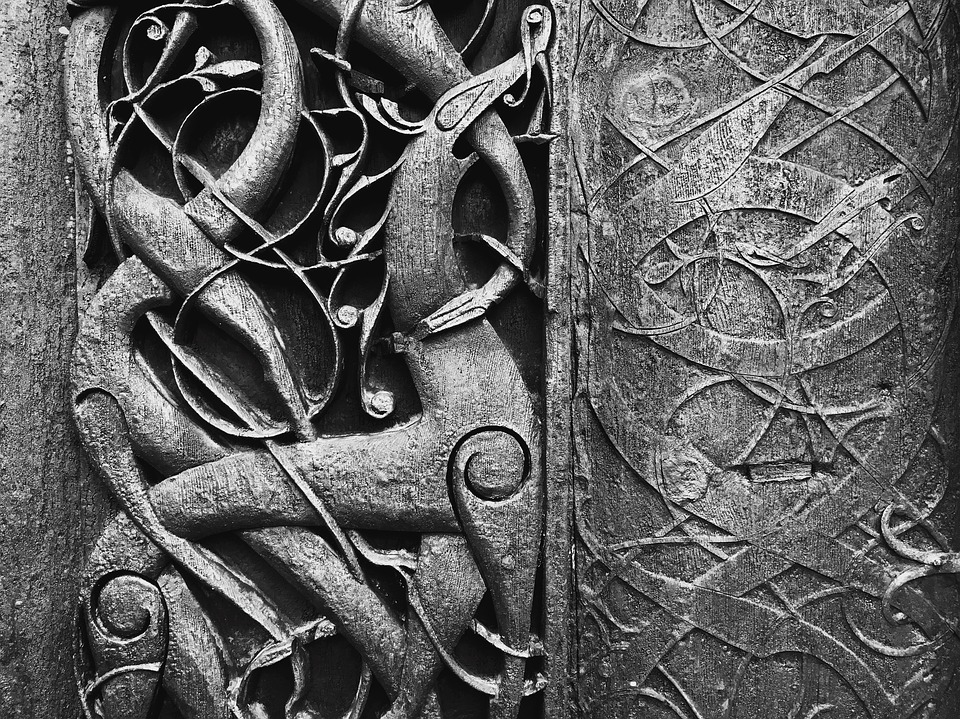 (detail of a carved panel)

Being built entirely of wood, the church “breathes” when the wind gets up. There are creaks and groans as the building rocks – this could be alarming, but the church has stood for more than eight centuries without being blown down yet!

(The photos are not mine, but have been taken from a copyright-free source)