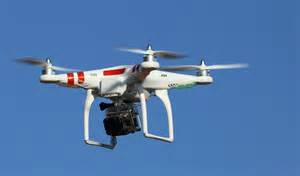 Why drones are changing around us. Or, how I learned to love the bomb. Well, the second part of the first line was borrowed from the movie Dr. Strangelove. But you get the concept. As drones change and expand around us, there are so many new things to consider.

1.      Modular drones are being released right now! I wrote about the why of the concept more than three years ago. In that post, I talked about some uses for modular drones. Some of those are still, far off in the future.

2.      Delivery drones are here now. I wrote about the Pizza Delivery Drone more than two years ago and enjoyed watching the increasing span and capabilities within the delivery drone space.

The last one is the point of today’s article. In fact what we know about drones today, and what we will do with them tomorrow continues to evolve. But the rules and governance around drones are going to continue to expand. Why? Well, the drone flying into people at the US Open two years ago is the initial answer why. The other is the quality of cameras in drones.

You see, a 4k camera doesn’t take normal pictures. It takes highly enhanced easily shared and reused images. That means that people who seek to take pictures of other people, without the “other people’s” permission continue to use drones as another way to get those pictures. We will see more and more governance in the area of personal space, both for people and for drones.

1.      The next big thing in the drone space will be longer battery life. The concept that many drones are building on is one called follow me. Follow-me would allow people to increase their personal security but it would at this point require significantly increased battery life. Today a good battery will give you 18-20 minutes of flight time. That would need to be 1 hour or more for the follow me a concept to be of value.

2.      Or potentially if batteries are too hard, the idea of mesh drones. I have a walk that is going to be 1.5 to 2 hours in length. Based on that I would like to have drones follow me and take images of my walk/run/exercise. So instead of a single drone, I would have 5, 6 or more integrated drones in a mesh. Each is going for 20 minutes and then checking in with the next drone heading to my house to recharge. This would allow for greater personal safety while exercising.

3.      Based on the times I’ve flown my drone near my house, a system that would force birds to stay away in particular hawks. 3 or 4 Hawks have hit my drone while hovering in the past year. I am more afraid of hurting the birds than I need them to leave me alone. I think it is kind of funny overall that the birds think I am another bird. I have never seen a bird that hovers, so I am still trying to figure out what the hawk’s find so interesting.

My next things focus more on what hobbyists would see as valuable. There are so much more things that delivery drones would need. The governance of the overall concept of who can fly where is something that in the long term would benefit both delivery and hobbyists. The question that remains for me is how quickly these will start to appear. Over the past three years, my initial predictions have started to appear and expand.

What lies over the horizon is always half-guess, half-knowledge, and half-luck. Where luck is the mix of experience and guessing. It is fun when things change so rapidly!