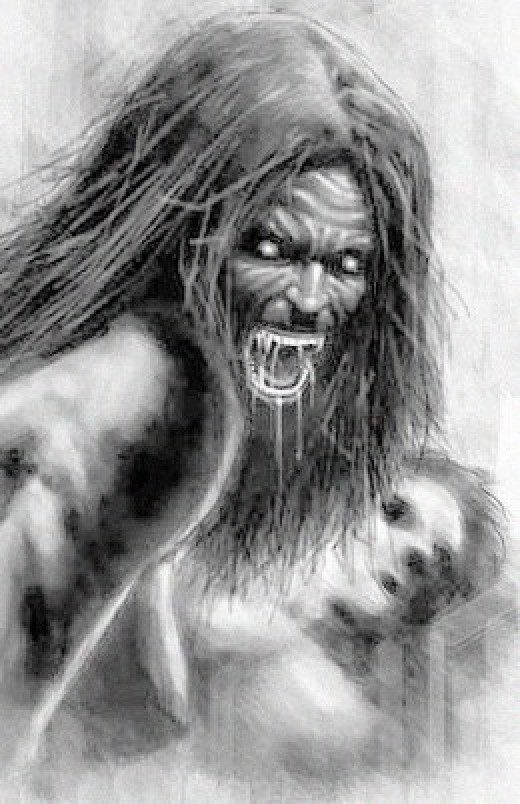 The Aswang is a mythological creature from Filipino folklore. It is similar to the vampire of Europe and America but includes elements found in werewolf legends as well. Spanish explorers noted that the creature was greatly feared when they arrived in the Philippines in the 16th century.

With the sole exception of the Ilocos region along the coast of northwestern Philippines. The Aswang legend is not found there nor is there any equivalent. In other parts of the Philippines the Aswang is known by other names including tik-tik, bal-bal, wak-wak, and sok-sok.

The Aswang is a combination of a vampire and a werewolf. The name comes from ang aso which translates into English as “the dog.” It may also have roots in the Sanskrit swan (dog) + ang (body).

Accounts and descriptions vary from region to region. More often than not the creature is a female. In Catanauan, Quezon, where it is known as bul-bul, The creature eats its victim and replaces the body with a piece of the trunk of a banana tree. They tend to leave their neighbors alone.

There are some features in common, however:

In some cases they move quickly and without noise. Other accounts ascribe a clicking sound to them resulting in the tik-tik name.

Aswangs can marry and, according to many accounts, they can marry a human who will then become an Aswang. They seldom reproduce and never share victims on a hunt.

Unlike their European vampire counterparts, an Aswang is not affected by sunlight. However, during the day they function as normal human beings and do not possess the superhuman strength they possess when in the creature form. They may even be weaker than normal. They tend to prefer occupations related to meat such as butchers or sausage-makers. If their identity is uncovered, they are hunted down during the daytime.

Interestingly, an Aswang can be detected during the daytime by looking in its eyes. If your reflection in the eyes is upside-down, you’re face-to-face with an Aswang.

In the Popular Media

There have been two movies made entitled “Aswang.” The first was “Aswang” released in 1994 and the second, “The Aswang Phenomenon,” in 2011. In addition, the Aswang was featured on an episode of the television series “Grimm” entitled “Mommy Dearest” which was originally aired on 07 Mar 2014. In this case the creature was depicted as sucking out the amniotic fluid of pregnant women as a way of extending their own life.