You may have seen deep and clear clouds in the atmosphere, but nature has turned these clouds in to scary clouds,which has spread fear everywhere.

Clouds over America’s “Rhode Island” create a wave that scares everyone. The strange scenes captured by the camera’s eye went viral on social media.

Their local residents said ,  they have never seen such scenes before, so the appearance of clouds in the sky is a unique event of its kind. Experts said that as the weather changes, the appearance of the clouds changes and they change in strange shape.

Even before that, several pieces of clouds have changed their color several times. Many times the citizens saw the clouds in the form of animals, but sometimes they even saw their name written through the cloud. 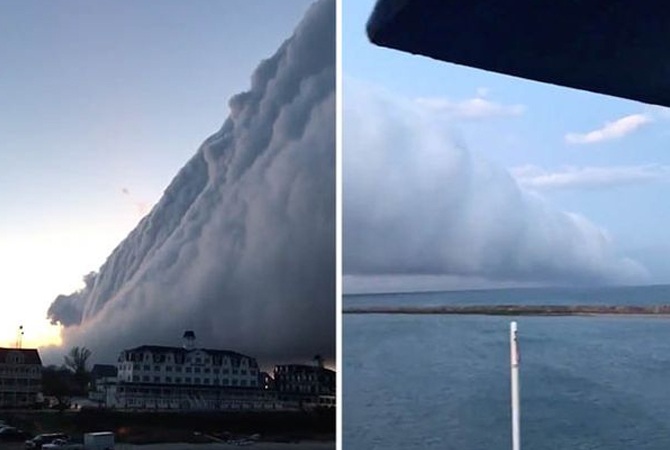