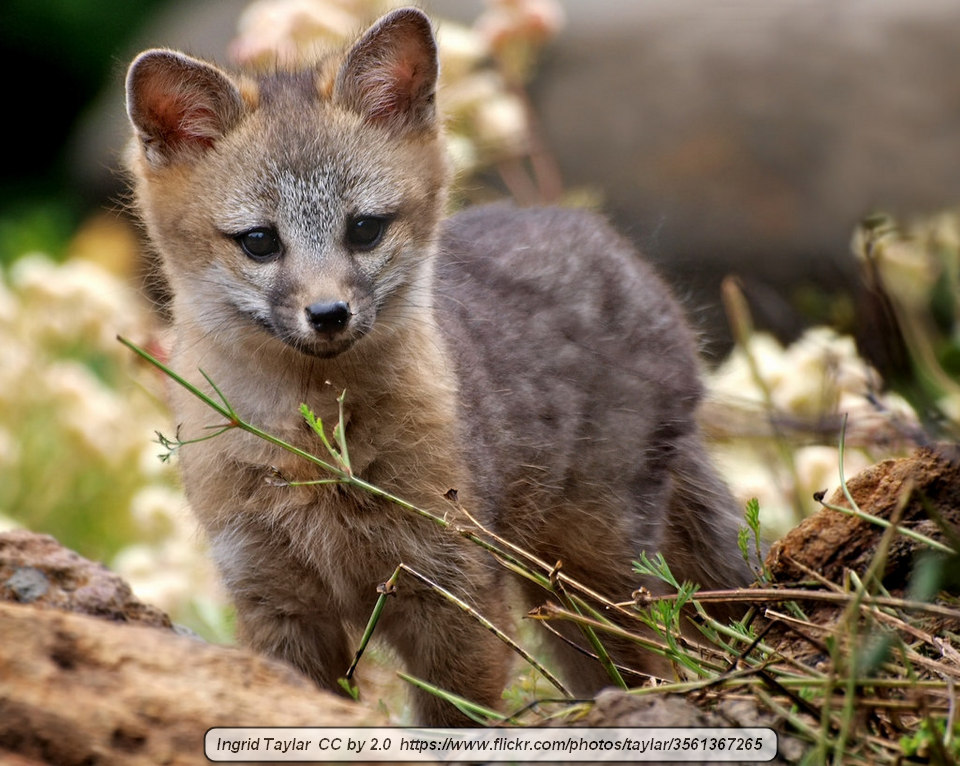 They say that most legends are based on fact, and this fox legend definitely was. It happened at Crater Lake National Park in the high Cascade Mountains of Oregon. What took place was an unlikely chain of events that would later end up as a legend at the park.

My father, Rex Sr., was the roads and trails foreman at the park, where we lived all year. In the winter, due to the large amounts of snow that the park got, he and his crew were responsible for snow removal and keeping the roads passable. They used a number of heavy vehicles to do this; bulldozers, graders, snowblowers called ‘snow-goes’, and the like. One of the heaviest used pieces of equipment was a large, heavy snowplow.

My father would assign personnel to plow certain roads at certain times of the day and night, depending on the weather. If a crewman had a problem, they could contact dad around the clock, and it wasn’t unusual for him to need to make an emergency run in the middle of the night.

That particular night in very early 1961, it was snowing and otherwise uneventful. My brother, both sisters, and I had already gone to bed when dad got a call from one of his plow operators, regarding an unusual problem. The conversation went something like this:

Plow operator: Rex? I’m at mile marker 5 on south entrance road and I need you to come down here. I just rolled a kitten with my plow.

Dad: You rolled a kitten…with your plow?

Plow operator: Yes. The kitten was in the road and I couldn’t stop in time. It got tumbled a few times with the snow, by the blade. It looks okay, but it is sopping wet. I can’t stop what I’m doing to keep it warm and don’t know what to do.

Dad: I’ll be right there.

All of us were rushed to get up and throw on some clothes, shoes, coats, and gloves, grab some bath towels, and out into the blowing snowstorm, we went. Thankfully, we only had about five miles to drive because the snow was falling heavily enough that it was hard to see. We got to the plow location and picked up the kitten, which we assumed had been ‘dumped’ by someone. That would be absurd and cruel but could happen. The park is closed in the winter, but there was still access.

We bundled the kitten up in the towels and got it in the warm car, though it was very wet and shivering. We headed home, the heater going on full, and on the way there, when we got under some lights, my sister said, “Dad, this isn’t a kitten, it’s a puppy!”

Dad appropriately drove to the Chief Naturalists house, to find out for certain if it was a cat or a dog. The naturalist naturally didn’t take kindly to someone banging on his door at after 10 pm. He threw open the door and said (this is the clean version), “Who in the heck is pounding on my door this late? Don’t they know…”

He stopped right there when his eyes fell on the little animal wrapped in a towel and he said, “Good Lord! Where did you get the fox kit?”

When we got home, the little guy fitted right in. Dad made a box for him in the heated garage, but the fox would have none of that! The moment the door to the garage was closed, the fox kit started with a high-pitched whine. That didn’t stop until my father allowed my sister to go get the fox and put it in her room, ignoring the fact that she put it under the covers with her. He didn’t approve of people sleeping beside animals.

We named the fox after a character from the then-popular Red Skelton Show. The character was Freddie the Freeloader and the kit was named Freddie the Fox. I’ve already written about what needs to be considered when raising a fox, which gives some insights about what it was like, and a lot of that information came from having Freddie.

We surmise that the mother fox had taken her kits out to train them in the snow, though why she’d chose a night when it was snowing heavily is anyone’s guess. Since fox kits are so curious, Freddie probably got too close to the edge of the snowbank and fell off. Fox vixens are very protective and good mothers, but she no doubt had other babies and no easy way to get Freddie back up on top of a 15-foot snowbank, so she had no choice but to abandon the kit.

Having the fox kit was quite unusual in another way. In the national park, having domesticated pets was illegal. A pet had to be native to the park, with the condition that it couldn’t have actually come from the park. It is also unlawful to take a wild animal outside of the park, so he couldn’t be sent to a rehab center, and there weren’t many in existence at the time, anyway. In the case of Freddie, we were allowed to raise him only because he otherwise would have perished. There was an understanding that when he got old enough to fend for himself, he must be set free.

It would take too many pages to describe Freddie’s antics when he was growing up. By the time we released him, we were all saddened though he had already shown that he could catch squirrels. He’d caught, killed, and ate one that had gotten into the house. Still, there were a lot of tears when he was taken outside and turned loose, especially from my sister who’d been Freddie’s nearly constant companion. We needn’t have worried. 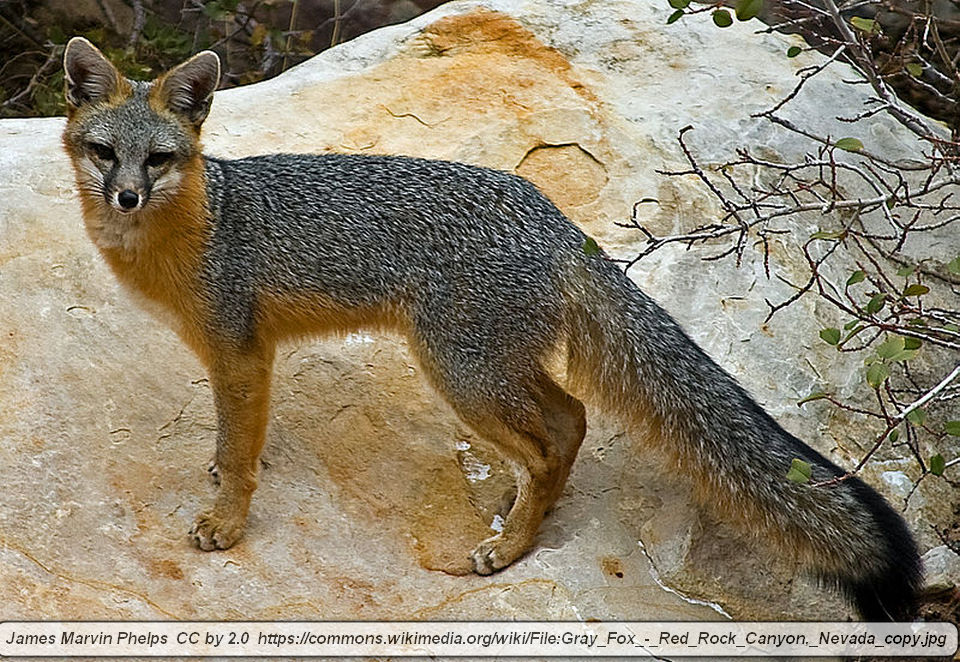 Freddie did scamper off to explore, but by dark, Freddie was at the back door, yipping to get let in to eat and curl up in his customary spot on my sister’s bed. This was repeated for many days, with Freddie’s sojourns becoming longer as time went by. Finally, Freddie would come home to eat dinner but would want to leave afterward and started sleeping outside somewhere. He’d be at the door for breakfast, though.

Late that summer, our family took a tour of the western national parks. We left extra food out for Freddie, but when we returned after several weeks, Freddie no longer came back home. We looked for him and called to him, but there was no sign of Freddie. 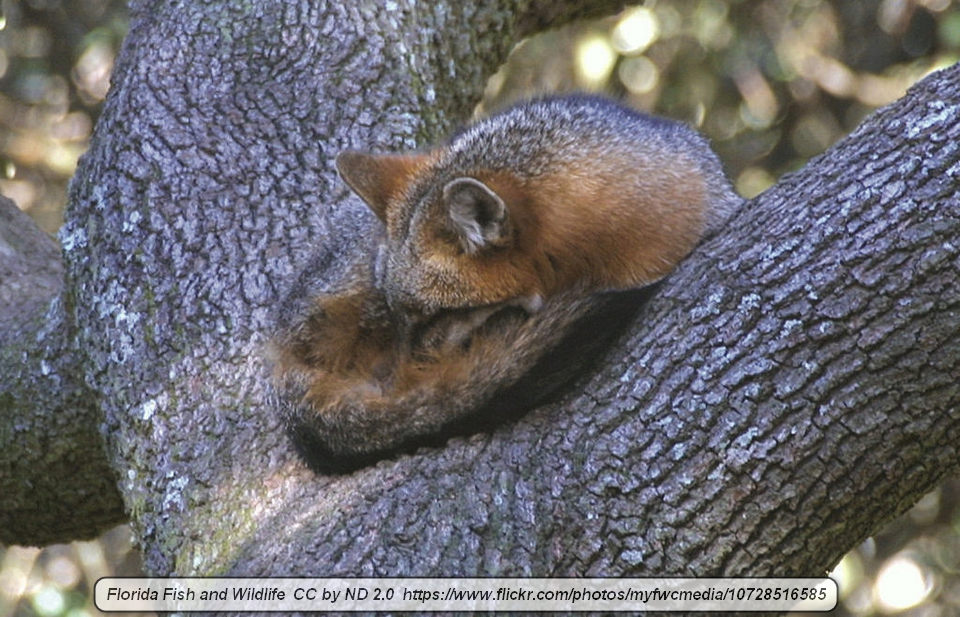 Winter came and passed and still no sign of Freddie. Then one warm summer day I was sitting near the back door, on a stump. I heard the unmistakable sound of yipping…Freddie’s yipping! Over the top of the hill came Freddie, dashing down to me and jumping into my lap exuberantly. He didn’t act as if months had passed since he’d last been there.

After getting lots of love, he jumped off of my lap, ran about 20 feet away, looked up the hill, and yipped. Over the top of the hill came four totally adorable fox kits. Down the hill, they came and I found myself surrounded by a bunch of wiggling little furballs, jumping and frolicking just as Freddie had at that age. At the top of the hill sat a watchful fox that must have been the vixen; the mother of the kits and the mate of Freddie.

When we all finished playing, he led the way back up the hill and as the kits ran out of sight, Freddie looked back at me one last time and yipped, before disappearing. He had come to tell me that it was okay, he had his own family now. I never saw him again. 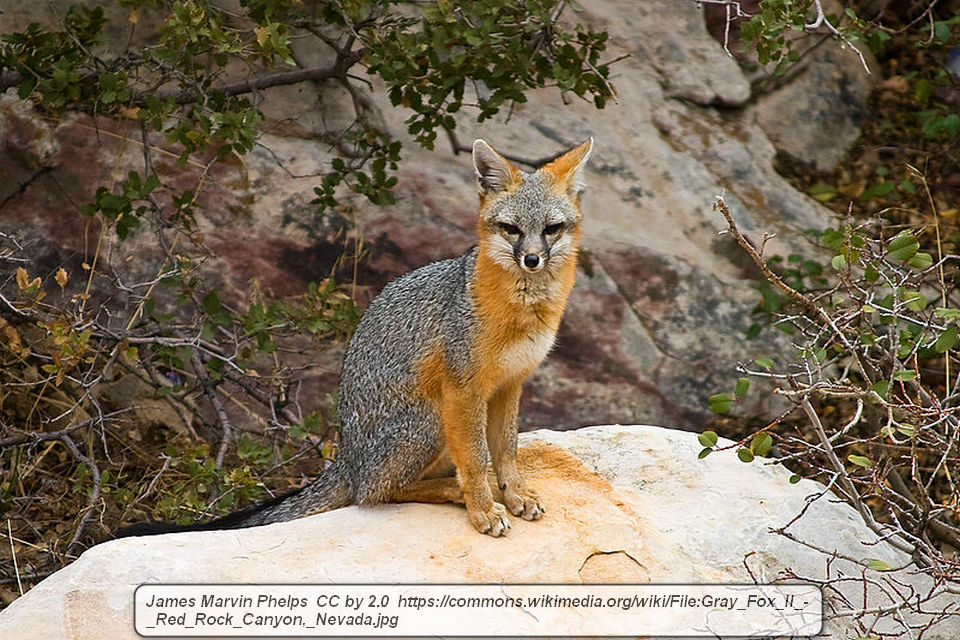 That still brings a tear to my eyes. Freddie is now a legend at Crater Lake, in part because foxes weren’t common before Freddie, but they are now quite common in the park. Most are likely related to Freddie in some way. That all started 56 years ago, so Freddie has no doubt crossed the rainbow bridge. His legacy goes on, as does the legend.