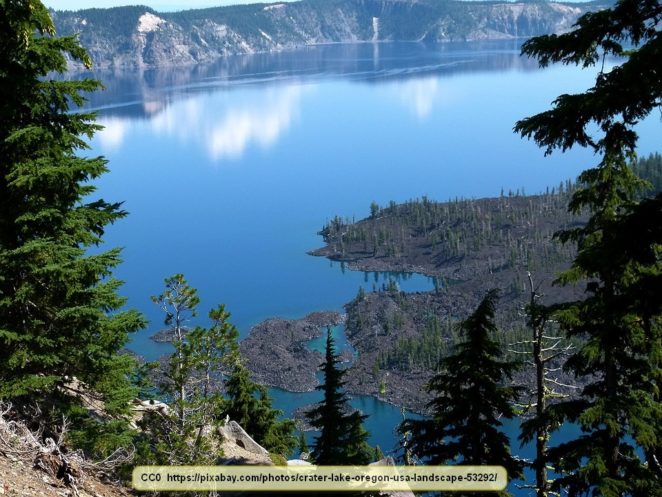 Considering the number of people who visit US National Parks every year and how few people ever suffer a mishap, national parks are quite safe for visitors. However, deaths do occur, despite the park service working hard to prevent it. More often than not, the reason for the death is because of the action of the visitors rather than any negligence of the Park. Such is the tragic case of a park tourist who died at Crater Lake National Park on August 18, 2019, in the afternoon.

The 27-year-old man was a citizen of India and was a graduate student from Oregon State University in Eugene. All indications are that there was no foul play involved and that the man simply had a severe lack of judgment.

The accident occurred at Cleetwood Cove. I’ve recently written about the Cleetwood Cove trail and how it is the only trail down to the lake. I’ve also mentioned how the trail is 1.1 miles long. The location of the deadly mishap is near where the trail ends at the lake.

Apparently, the man decided to dive into the lake for a swim. That isn’t uncommon and it is legal to swim at Cleetwood Cove. He never resurfaced and nobody knows for sure why not. By the time that divers were finally able to get to his body, he was on a ledge 90 feet straight down from the surface. Because of the structure of the lake in that area, there were no rocks for him to hit his head on. It is also thankful that he was on that ledge. A short distance away, there is a drop off that plunges 1200 feet and if he’d ended up there, recovering his body would have been exceptionally difficult.

Having grown up at the park, I have my own theories as to what happened to the man. Most people visiting the park don’t realize just how bitter cold the water is. The top few inches of the water at the surface can be relatively warm…up to about 60 F. However, below that, the water remains around 38 F. That is abruptly cold water.

If the man had just made the hike down to the lake, which is quite an exertion, he probably would have felt quite hot. He probably jumped into the lake with the idea of cooling down. It is unlikely that he realized how cold the lake is, though.

A person who is tired and hot who finds themselves in water that isn’t much above freezing would almost immediately cramp up. Violent cramps could cause a person to expel the air in their lungs. The natural response would be to take a breath. Underwater, that means that the lungs would almost immediately fill with water. Death would be exceptionally rapid, despite hypothermia, which would slow all bodily functions.

It is possible that he could have survived if he’d been brought to the surface fast enough, but as I said, the trail is 1.1 miles long. Boat crews radioed the incident in and immediately went to the site, but the man was almost certainly already dead by the time they covered the roughly 200 feet to the spot he dove in. There is no doubt at all that he was dead by the time rescue crews arrived down the trail to the lake.

The park can’t be faulted for the death, which was clearly a lack of judgment on the part of the man. It is quite unwise for a person to dive into extremely cold water when they are hot and tired. Even mild consequences are unpleasant, and I’m speaking from experience, having had a less extreme lapse in judgment.