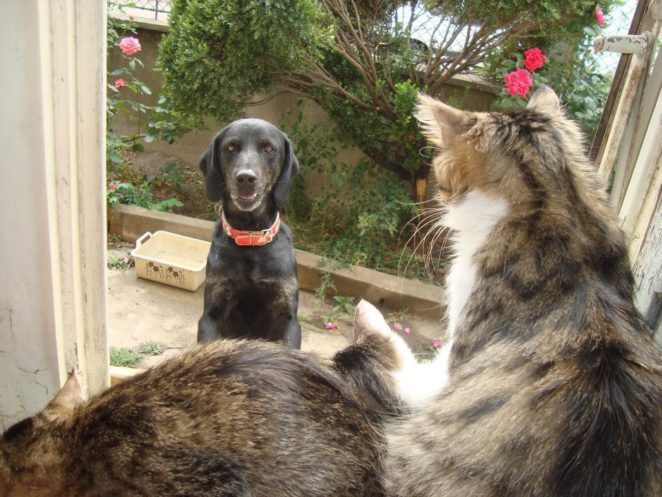 Cat rushed to catch Freddy, her tortoise cat who ran into the wood. She barely caught him at the very moment he was sniffing something on the ground. When he saw her approaching, he mewed few times calling her. The salvation weed was found. Cat pulled it from the ground and rushed back to little girl.

“Sweetheart, Freddy found it. Be nice girl, as always and let mi rub it into your wound. It would sting you a little, but soon you’ll get better.”

Cat smashed few leaves and rubbed it onto a swollen wound. “Now, let me carry you to my home, to heal you completely.”

When she came home with her precious cargo, Lena was laid down on the bed, while Cat hurry to make healing tonic. The girl was already in fever and she felt like dreaming. In that dream, Cat lit to fire some aromatic herbs and smudged over girl chanting prayers in some strange language. Very soon, girl started to feel like flying, light as a feather. Everything disappear from her mind and she fell asleep.

It was evening when she woke up. Her arm hurt, but less that it was earlier that day and she felt hungry. Maybe because she smelled Cat’s famous mushroom’s ragu.

“Can I get some? It smells deliciously.” Cat came bringing a plate of food for the brave girl. “Eat now and go back to sleep. I talked to your parents and they agreed you sleep here tonight.”

“Awesome! I should thank to the snake.” She barely took few bites and fell asleep again. 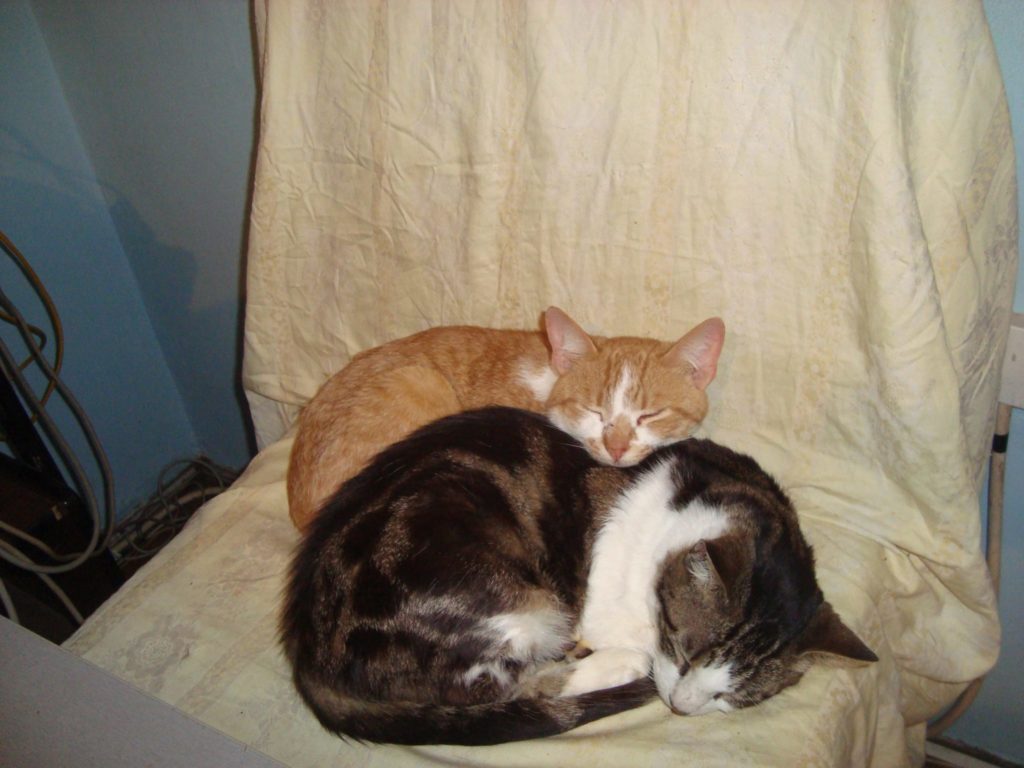 It was early in the morning when Lena woke up. She felt quite fine and like the whole day yesterday was nothing but a dream. Cat wasn’t there, so curious girl went out to look for her. As she couldn’t find her in the yard, she start looking around up to hill and toward the forest. Blacky came wagging his tail in excitement. Freddy jumped from the window seal in order to rub against her leg. Other cats started to surround girl to salute her. She told them, like she saw Cat was doing: “My friends, where is Cat? I can’t find her.” Freddy mewed and ran up to hill. Lena followed him and soon she saw Cat sitting on a big rock in the middle of a plain, hissing strangely toward a bunch of branches that were laying all over on the ground. It was confusing sight, so Lena approached and almost screamed: these “branches” on the ground were snakes! Hundreds of snakes just laid there listening to Cat’s hissing. Lena was paralyzed. Her Cat was in danger. How to help her? Luckily, Cat saw her, made “shhhh” sound to calm the girl and hissed few more times. Snakes crawled their way and soon there were no snake left on the plain. Cat came down the rock and approach girl. “Let’s go home.” Lena grab her hand and went with her.

“Were you in danger?”

Cat smiled:”Oh, no. I had to investigate where were the snake who attacked you came from. So I summon all the snakes in the area to inquire that.”

“But there are no snakes here. Never had been any….”

“Oh, my dear”- smiled Cat- “When I came here I made a deal with snakes to leave village alone. I should bring them fresh milk every morning and in return, they would keep out of here. It worked so far. Still snakes told me that it was some foreign snake, because all were here and swore me that they would never break our deal.”

“That hissing sounds you made was snake language….?”

“Of course, my dear. Everyone here knows that I can speak to animals.”

“Can you teach me, Cat? I would like to learn that, too.”

“I suppose I could try…. For the beginning of your lessons, start talking to Blacky and cats. We’ll see how that will go.”

“But first, I have to feed you. No one could learn on empty stomach.”

“I agree, Cat. Is there any mushrooms left? I think I dreamed bout them.”

During lunch, Lena was unusually quiet. Cat could see that little girl had something on her mind, but let her process it, without any question. She knew that Lena couldn’t survive long without questioning and that was only a matter of time when she would start asking.

“May I ask you something? I mean, I really, really have to. Do you speak to all animals, or just with snakes? And Blacky…. And cats….?”

“I understand them all. Don’t ask me how, I am born this way. For me, it looks like I have an interpreter in my head and when I was at your age, I thought that all creatures could talk to each other. That’s why I never understood cruelty of any kind. Everything could be settled, if we only talk to each other about what we feel, what offend us, or hurt us. Back in my country, where I was born, people with this ability are called “Nemushti” and they are highly respected for their gift, especially in the country. But in cities, where people lost their connection with nature, I was considered freak. That’s why I became physicist, instead of veterinarian, which was my real call. All my life, I tried to fit, but as I grew older, I realized that one should be happy with who they are. That’s why I came here, in my peaceful harbor. I’m happy here. I’m happy with you, Blacky, cats and all living creatures I share my space with.”

“Oh, that’s so interesting.” – said little girl- “But tell me how did you vanish all snakes from the village?”

“Ha, ha, ha I have never done such a thing. They live here, in every yard, basement and well.”

“Whaaat?! How’s that possible? No one has ever seen a single snake here.”

“It’s a part of our agreement. I asked them to be guardians of peoples’ homes. You see, snakes, like cats are odd creatures. Very wise and intuitive, they keep both bad people and bad energies away. In return, I bring them milk every morning, that empowers their abilities. Besides, they are very fond of it.”

Lena was astonished. She adored fairy tales and stories about magical creatures, but she has never dreamed of meeting one in person. Now, it looked like some magical door opened right in front of her and she was able to step into her dreamland. Freddy the cat entered the room in his lazy way, looking around and rubbing on everything he passed by. He spotted Lena, by the table and looked at her meaningfully.