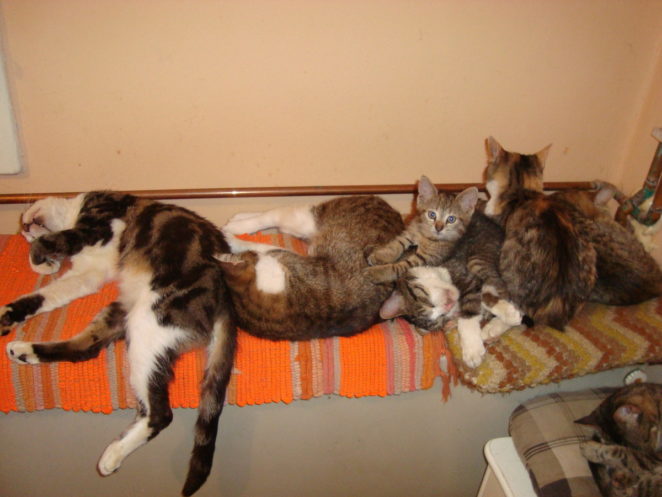 “Everything happens with a good reason”- used to say Mrs. Catherine Olsen every time she met an unexplained thing or behavior. She was a wise woman- talked little and listened a lot. Nothing could escape her observing eyes. Although she hasn’t been born in the village, it seemed like she was there ever since. Anyone knew Mrs. Cat, as villagers called her, and she knew everyone. Still, she was a kind of mystery to people. No one really knew what she was doing for life, or where she came from. There were some rumors that Mrs. Cat was some kind of a scientist, but decided to leave that world and to retire in this forgotten-from-God village in search for peaceful life. She could predict weather and knew all herbs in the surrounding. When she was in mood, she could tell fortune from tea leaves, or coffee residue. But the most amazing of her talents was ability to talk to animals. Still, no one has ever called her a witch. Such a nice lady, always ready to help, very kind and with great manners couldn’t be something that awful! She was just talented. And nice, too. 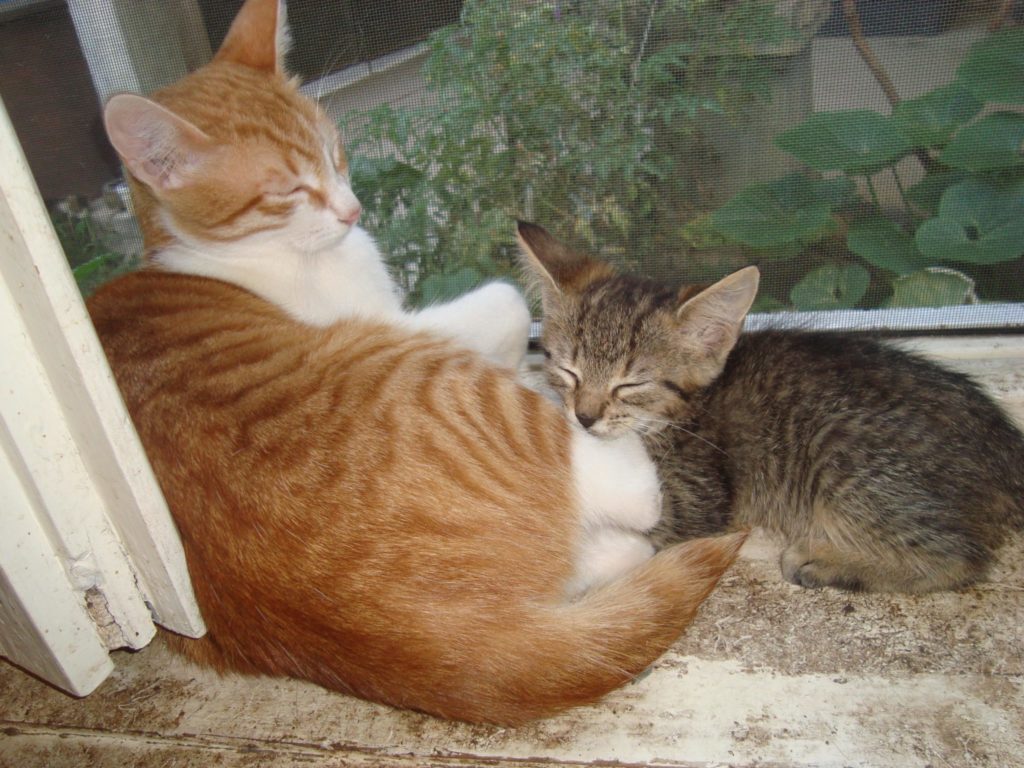 Her backyard was so unusual, too. Very few sorts of flowers grew there, only healing ones, like marigold, lavender, lily…. Still, her garden was full of vegetables, spices and all sorts of herbs that most of people could consider weeds. All these plants were scattered and grew wherever they like, making Mrs. Cat’s garden looks like a small jungle. But no one has ever accused her to be untidy. She was an eccentric woman, that what she was. All children simply adored to spend time in her yard and she never forbidden them to play there. In return, children often helped Mrs. Cat in gardening. More than playing, children loved her stories. She knew the most amazing stories about everything and her smooth narrative way made her audience listen without a gasp.

Although Mrs. Cat like all of those little devils, her favorite was a little girl next door, Lena. She was eight, but she “adopted” Mrs. Cat ever since she laid her big, brown, curious eyes on her. They became best friends and from that day, never missed an opportunity to be together. It was easy, since Lena’s father owned the only shop in the village and her mother was more than busy struggling with their three older boys. So, Mrs. Cat was a blessing for the family, especially for Lena, who was the youngest and hardly could get some attention.

One day, Lena came to Mrs.’s Cat house and said: “I drew a picture of you, today. Do you want to see?”

“Nothing would interest me more “- reply Mrs. Cat, washing dough from her hands.

She took a piece of paper and a smile brightened her face.

“See, there are two of us, holding hands in your garden. The smaller one is me and the bigger one is you. I wrote your name.”- explained Lena proudly.

And indeed, the name was there. Right under Mrs.’s Cat feet was written “Cat Owlsen” in crooked, children’s handwriting. Lena continued to explain: “My teacher said that it couldn’t be your real name and that I didn’t know to write, but I told her that she didn’t know YOU and that all is quite correct. What do you think, Cat, who was right?”

“See, there are two of us, holding hands in your garden. The smaller one is me and the bigger one is you. I wrote your name.”- explained Lena proudly.And indeed, the name was there. Right under Mrs.’s Cat feet was written “Cat Owlsen” in crooked, children’s handwriting. Lena continued to explain: “My teacher said that it couldn’t be your real name and that I didn’t know to write, but I told her that she didn’t know YOU and that all is quite correct. What do you think, Cat, who was right?”

“Oh, my dear, of course you’re right, but don’t quarrel with your teacher. Let her think she won. You’re right, she doesn’t know me at all. Do you want to go on walking in to the wood, I need to pick some mushroom for dinner?”

“Am I invited to that dinner of yours?”

“O.K. then. Let’s go pick some mushrooms. I hope we won’t get poisoned.”

“Just to tell children where we are going, in case they need me. Babies, mama is going into the woods and anyone is welcome to come with me. The rest of you, be nice, while I’m out.”

In case anyone think that Mrs. Cat had a bunch of kids, I have to disappoint you. She was addressing to her cats. Those cats were the most independent creatures in the world, but they all behave well and in most cases, they obey Mrs. Cat’s requests. They were everywhere in the house and in the yard, used to the family dog Blacky and kids that played there. Usually, a few cats decided to accompany Mrs. Cat, while others just continue laying on the porch. This time, no cat was interested in walking, so Mrs. Cat took Blacky with Lena and her.

“We’ll be back soon!”- shouted her to cats and kids that were busy playing jungle explorers.

It was unusually hot day, but Mrs. Cat counted on shady forest and hoped it would be one nice walk with her little protegee. Blacky sniffed every tree and barked on every butterfly they met. Lena was in her best mood for asking questions and Mrs. Cat had to tell stories about every natural feature Lena could imagine. A basket was filled with mushrooms when they left the forest and aimed to home. It was about noon and the Sun was high. Lena insisted to sit a while because she was tired. That meant she just wanted to sit on a nearby stone and observe sunbathing lizards. Cat told Blacky to sit down which he mistook for “go and lay in the shadow”, while she start to look for some rare healing herbs. All of a sudden, Lena screamed in horror.

“Run fast as the wind, Blacky and bring Freddy the cat here! Tell him about the accident, he will know what to do!” Hurry up!”

Blacky needed no further explanation for he loved Lena, too. Cat took girl’s hand and told her: ”Be brave, my dear, I have to hurt you, in order to help you heal.”

“O.K. Cat, I trust you.”- said poor girl solemnly. Cat took a knife and cut a little girl’s skin in order to extract snake’s venom out. All the time she looked Lena right in her eyes like a hypnotiser, while talked to her about random things in calm, but authoritative voice. Lena knew what is going on, but listened to Cat’s talking without peaking. Just whined a little, few times, like wounded puppy. In few minutes, that seemed like forever, they heard Blackie’s barking. He crushed between them two, bringing Freddy, one of Cat’s fur babies. “Freddy, go and find a herb that extracts snake’s venom out of body! Hurry up! And you, Blacky, guard Lena with your life! I am going with Freddy to pick that herb and will be back soon. Do you hear me, sunshine?”- she asked Lena, “Stay here with Blacky, I’ll be back in a second.”

(make sure to read “An Odd Case Of Mrs. Cat (part II) in order to see what will happen with Lena)