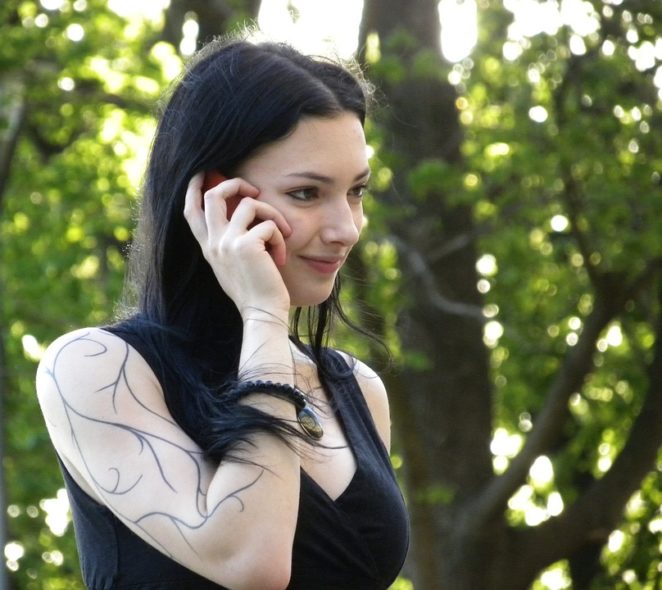 Annieka was a spoiled brat who lived her life as if the spotlight was on her.   She had very few friends.  As a child there were neighbours, as a schooler, there were classmates.   In the world, when she had a job, there were co-workers.

When she married she adopted her inlaws as her parents for there was this churning anger and need to hurt her mother.

Her mother was everything she wasn’t.

Her mother had friends, her mother was highly thought of, in fact, everyone liked her mother.  She was a successful professional.   Annieka was pretty.   That was all she was.  And she had used pretty to get whatever she had.

She despised her mother who was as slender after three children as she was a virgin.   Annieka fatted up after the first and never lost the weight.  She packed on a few more pounds for the second.  Where her husband was as handsome and well built today as he had been when they married, Annieka was permanently fat.

So there are two things which made her despise her mother; success based on ability and work, and her physical shape.

Annieka had, over the years, done everything to dismiss and demean her mother.  She spoke to her mother in a special cold and distant voice.

Her parents had separated when she was a teenager.   Her father lived in one district, her mother in another, and she had married a man and moved many miles away.

Every Sunday her mother would call her.   Annieka never phoned her mother.   One day, her mother didn’t call.  When she rang her father he told her that her mother was taking the week off.

Every Sunday her had mother called and she would perform her ritual of the aloof Annieka.  This Sunday her mother said she was ‘taking the week off’.

The next week, her mother didn’t call.   Her father told her that her mother was taking another week off.

Lucky for Annieka she realised it, took the step.   It was strange to do it, but she phoned her mother.  She warmed her voice.  She realised, that if she didn’t reach out, her mother was gone from her life.