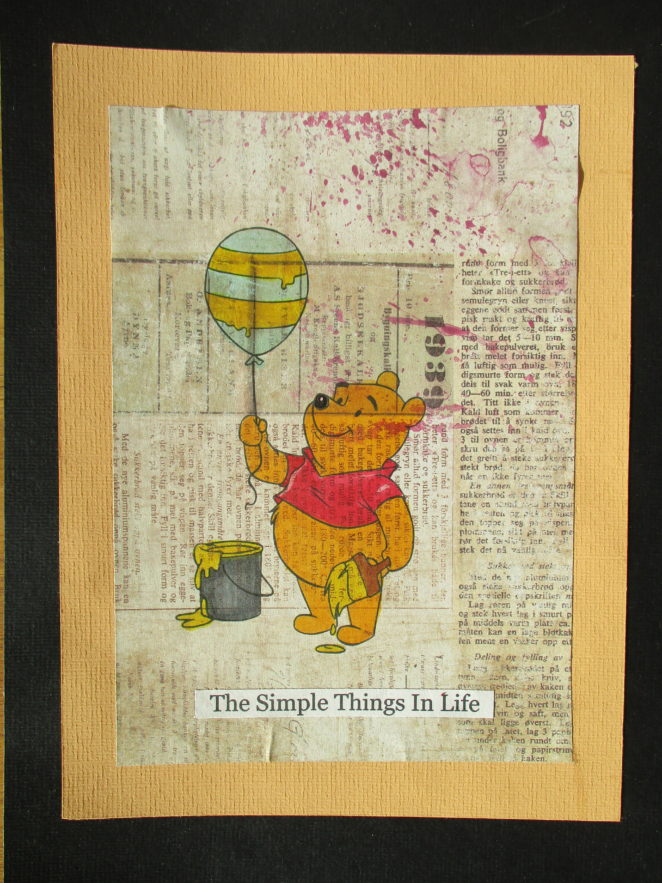 The thing I love about art is the fact that you can just decide to try and create something without really knowing what is going to turn out at the end.

I love to draw and I mainly draw portraits in pencil. I also like to draw animals, sports figures, and superheroes in coloured pencil.

I’ve suffered my fair share of tragedy and stress in my life and sometimes I like to remind myself that we all take things a little too seriously at times and we are all guilty of over thinking instead of letting go and giving something its proper meaning or worth.

People are so obsessed with social media and modern technology that they never really slow down or notice the world they live in. Everything has to be fast fast fast and now now now.

My advice to them is to take a chill pill and slow down a little. Live your life; you only get one.

I created these for fun last year and just to chill for an afternoon or two.

I was traveling on a train the other day through some beautiful countryside. There were about thirty of us on the carriage and of those thirty, twenty-eight were on mobiles or tablets, one was asleep and I was looking out of the window. People care more about Facebook than they do about nature. How sad.

Even sadder was the fact that most of them were couples who weren’t chatting or conversing, but lost in the screens of their mobile phones.

In the Eighties, when I left school, there were no mobile phones or tablets. people used to have to do the strangest thing………communicate through the art of conversation! Imagine that!

I made my wife a couple of cute ones too. I think it definitely beats a WhatsApp or a Facebook message :o)

A friend said to me one day ‘I’m going to have a nice relaxing afternoon off with a cup of coffee and a catch up on Facebook.

Now don’t get me wrong and each to their own, but relaxing afternoon on Facebook?

I wondered about when the last time they walked along the sea edge barefoot or stopped and sat in a park and listened to the birds singing was.

From that day on I vowed to do more things that involved nature and the outdoors.

I went for a lovely walk along the beach the other day and paddled in the water. I just stood and breathed in the sea air. Fantastic. My wife and I are going walking in a nature reserve next week.

This has nothing to do with me being a technophobe or against modern technology. It has its place of course and let’s not forget I’m from the generation that grew up as all this technology was taking root.

No, it’s more about how sad people have become without even realizing it. Most people on phones are not happy in what they are doing; it looks mechanical and jaded. Even though it annoys me that people have their face stuck in their phone when on a bus, train or even riding a bike, I feel sorry for them. They’re missing out on so much.

I daresay some of you still do get out and about (probably the ones in my age range), but this is not aimed at you. I bet a lot of you would be shocked at just how much time you do spend in front of your computer or on your mobile.

Leave them alone more often and go and enjoy the simple things in life!