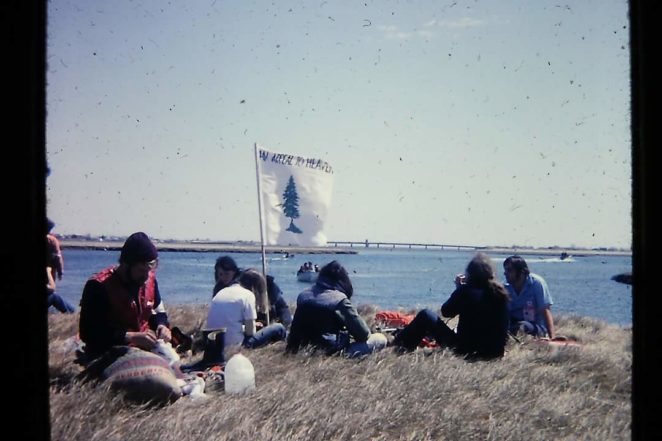 On the evening of March 8th I camped in the woods outside Salisbury with a group of activists from Boston called “the chain gang”. Our intent was to block the nuclear RPV shipment to Seabrook station by chaining ourselves together at the Salisbury Bridge.That wasn’t too effective. Several hundred of our co-conspirators from various other Clamshell Alliance groups sat in the road and they arrested 183 of us. I was the last one arrested when I broke through a police line in front of the Seabrook construction gate entrance and spat on the truck:) This was one of my favorite arrest experiences

We were taken to Hampton County Jail and spent six hours there before being released; they got sick of hearing us chant “The smell is making her sick!” after a female prisoner across from us complained about the disgusting toilet that 40 women were supposed to share. On the guys side we weren’t much better off. Eventually someone in that station decided they might need their jail cells for real criminals and it was time to kick us hippies out…