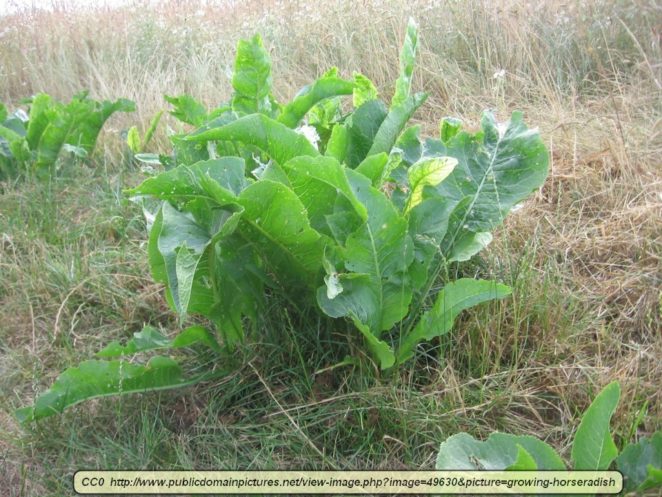 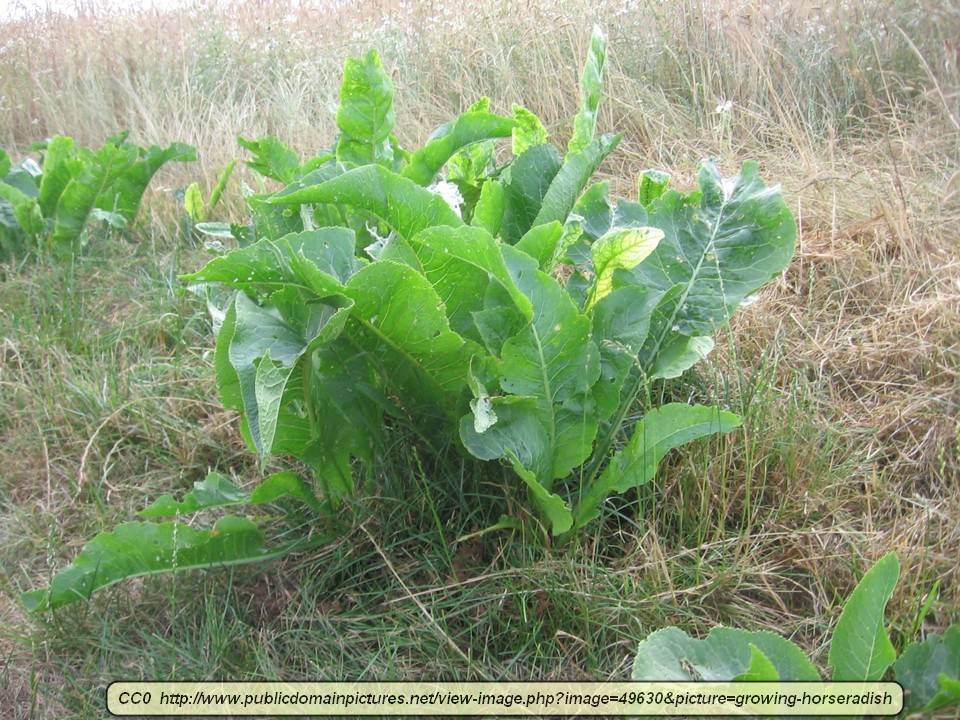 Do you like the flavor of horseradish? Most people either like it or detest it. There aren’t too many people who fall into the middle between the two extremes. This is a plant that is quite easy to grow, though, for people who like it. 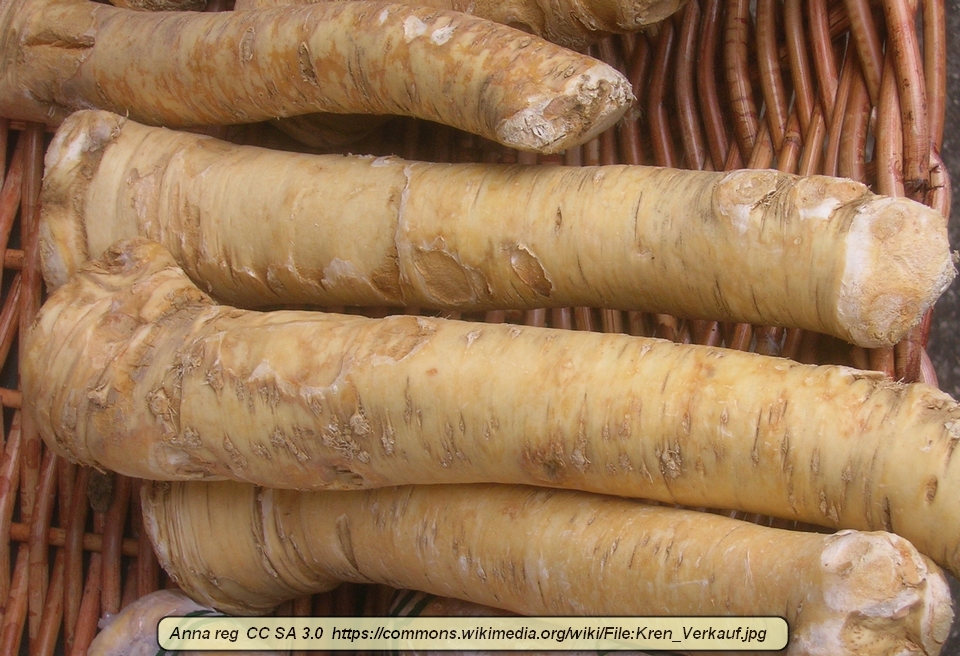 To grow it, simply dig a hole that is about a foot in diameter and about eight inches deep. Lay the root at about a 45-degree angle with the small end down, then fill in the hole with dirt and compost until the top end is an inch or so below the surface.

Horseradish loves sunshine and the soil needs to drain well. Other than that, it is a very hardy plant and will grow in zones 2-8, which describes nearly all of the lower 48 US states and part of Alaska.

The plant grows to about two feet tall, but it is the roots that are used. They are usually harvested after the first hard frost and side roots can be replanted for the following year’s crop. 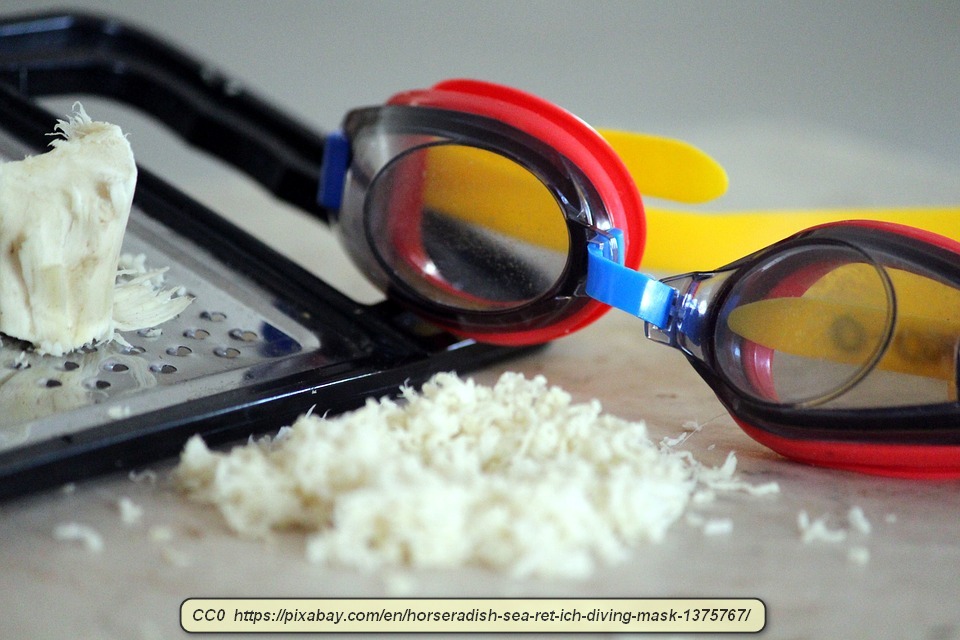 To make prepared horseradish, peel the roots, grate them in a well-ventilated area, put them into a jar and barely cover them with vinegar. One thing that is interesting about horseradish is that the finer they are grated, the more bite they have. This is because the spicy heat is released when the cells are broken. The more cells that are punctured, the more of the pungent substances (specifically allyl sulfide) are released. Thus, coarse-grated horseradish isn’t as pungent as crushed horseradish.

In fact, horseradish root can be sliced and cooked like carrots and these have almost no bite at all. The roots rather resemble those of carrots, too, except that the skin is brown, the flesh is whitish and the roots are larger than the carrots sold in most stores. Care should be taken not to get any of the juice in the eyes, though. It can really irritate your eyes and can cause the same reaction that pepper spray causes.

If you prefer mild horseradish, simply don’t grate it very fine, though.

Horseradish is high in fiber, low in calories and it contains anti-oxidants. It has been shown useful for preventing and combating cancer. The root is anti-inflammatory and is a diuretic. Prepared horseradish can be used to clear nasal congestion and it is a very good digestive stimulant. It is quite high in vitamin C and contains decent amounts of potassium, manganese, copper, iron, magnesium, and zinc. Horseradish and honey is a long-time treatment for colds.

Horseradish is usually served with meats such as beef, venison, elk, bison or bear. It is also excellent when served with seafood. A favored seafood cocktail sauce is made by mixing ketchup and horseradish, sometimes with a little lemon juice added. The store-bought version is far more expensive than the homemade cocktail sauce and lacks a lot of the flavor of the homemade sauce, too.

I didn’t plant much horseradish initially, but we have a nice, little, established patch now. Indeed, that is the one warning I’d give. Once it becomes established, it is very difficult to get rid of.