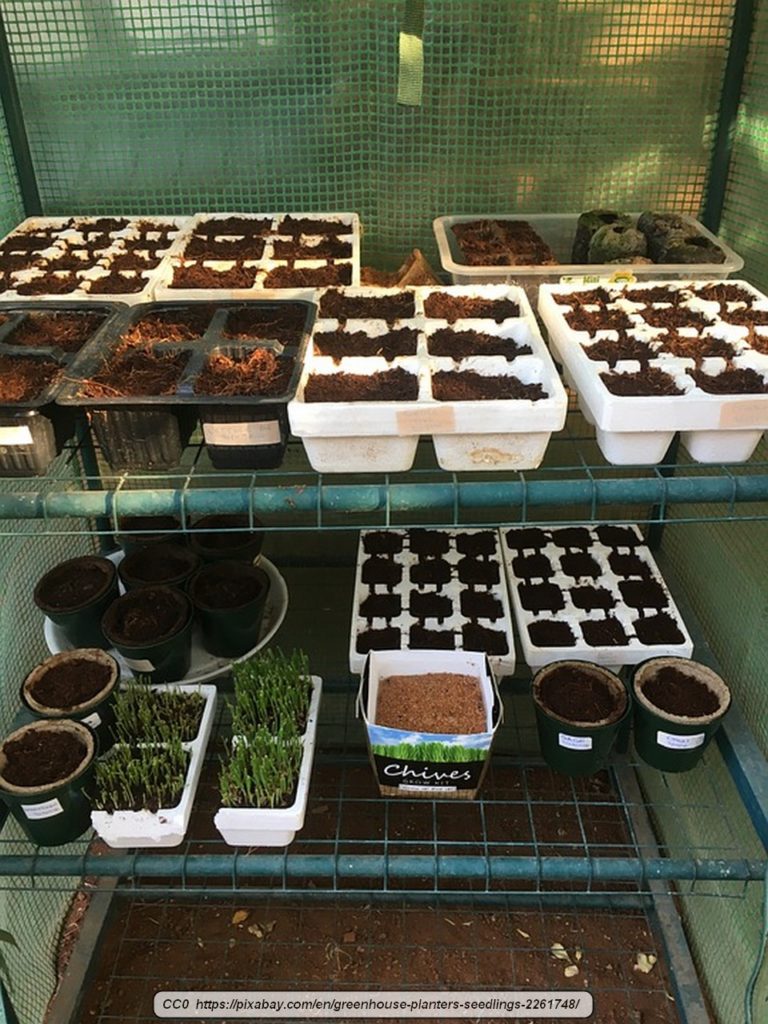 Many garden supply stores sell a bewildering selection of planting mix for almost any purpose that can be imagined; potting mix for houseplants, succulents and cacti, for seedlings, fertilized mix, and the list goes on. There are solid advantages to making your own homemade planting mix for starting seeds, though. One of the biggest is that the mix is adjustable to fit your needs. It may or may not be less expensive than a store-bought mix, but you have control over the planting mix.

Although the following mix can be easily adjusted to fit the circumstances, it follows a general pattern. The adjustments are primarily in the amounts of each ingredient that is used.

The base mix contains three primary ingredients and we’ll look at each in more detail: 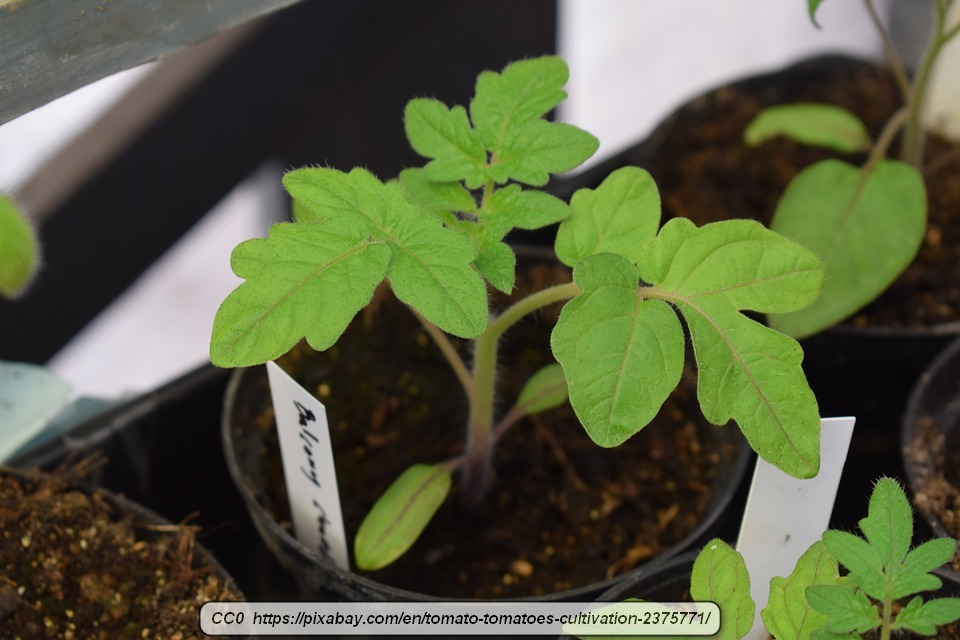 Sterilized garden soil is actually the base for the mix. The reason the soil needs to be sterilized is that normal garden soil contains bacteria, weed seeds, and often has harmful organisms in it. Sterilizing the soil kills most of the potentially harmful seeds and organisms.

Sterilized garden soil can be purchased in a garden shop, but a cheaper way to do it is to sterilize the soil yourself if you already have good garden soil.

To do this, use a coarse screen or something similar to sift out about a gallon of garden soil. The screening is done to remove rocks, twigs, roots, or other debris.

The screened soil should then be dampened well. It needs to be quite damp, but not dripping wet. Spread this out in a baking pan and put it in a slow oven. The oven temperature should be about 200 F / 93 C. Leave the soil in the oven for at least a half hour to an hour, stirring it around once or twice while it is ‘cooking’, then remove it and allow the soil to cool to room temperature. The goal is to kill the microbes, not to change the texture of the soil, so higher temperatures aren’t needed.

Unless you have access to a peat bog, the sphagnum moss will need to be purchased. It is usually reasonably priced for the amount you get.

Peat moss holds moisture well and it keeps the soil from compacting because of its coarseness. It allows air to get throughout the soil, which helps developing roots.

The disadvantages of peat moss are that it is acidic and it initially doesn’t accept water easily. The acidity can be adjusted later, but it is important to thoroughly moisten the peat moss before using it to actually make the mix. You’ll want about a gallon of the moistened peat moss. 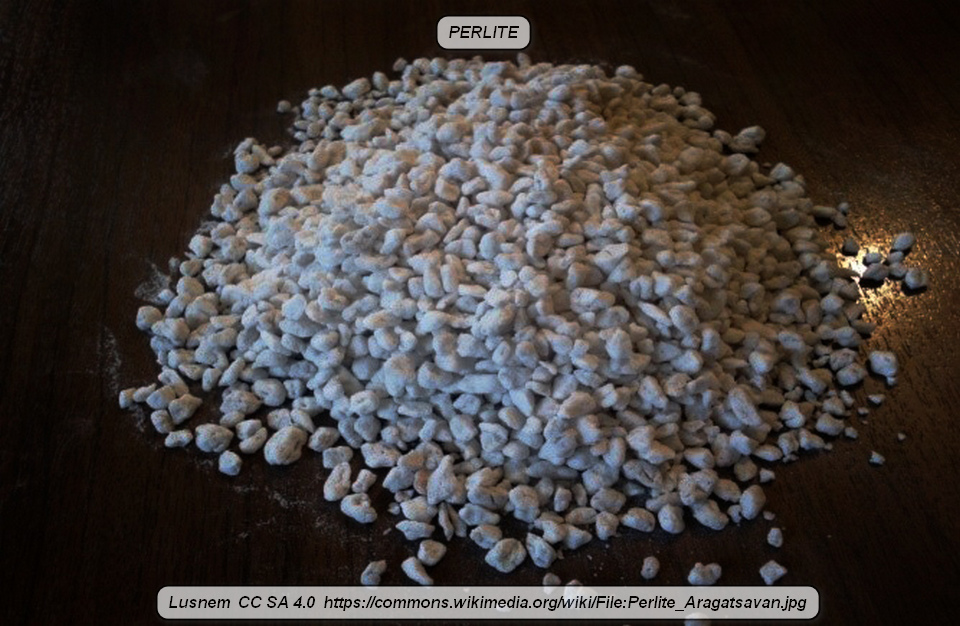 Sand allows for good water flow. The sand used should be builder’s sand, also called sharp sand. This is coarse and you’ll want about a gallon. It doesn’t need to be premoistened, but it is worth noting that sand is heavy.

Perlite is a sand alternative. It is purchased because it is made by heating ground volcanic or lava rock to at least 1,800 F, which causes the ground up rock to expand. This gives it many of the traits that sand has, except that it is substantially lighter than sand. I doesn’t hold water very well, which is why the sphagnum moss is important when using it for plants.

Vermiculite is another alternative to sand. It tends to be the more expensive than either sand or perlite. Vermiculite is made by grinding mica, which is a plate-like flakey mineral. This alternative holds water well, more so than sand, however it can also compact easily. Unless you are starting with a base of relatively sandy sterilized garden soil, vermiculite wouldn’t be recommended for this reason.

To make the planting mix, thoroughly combine the sterilized garden soil, sphagnum moss, and sand/perlite/vermiculite. These should initially be in about equal amounts, which is the reason for starting with a gallon of each. This produces enough mix that it is easy to work with.

The mix should be quite damp once it is completely combined, but it shouldn’t be dripping wet. This happens to be the ideal moistness for planting and growing most garden seeds. It is recommended that any of the mixture that isn’t going to be used immediately should be put in a bucket with a tight-fitting lid. This prevents the need for later needing to add water and mixing it up again, as the planting mixture dries out. For ease, the ingredients can be mixed up in the bucket, to begin with. 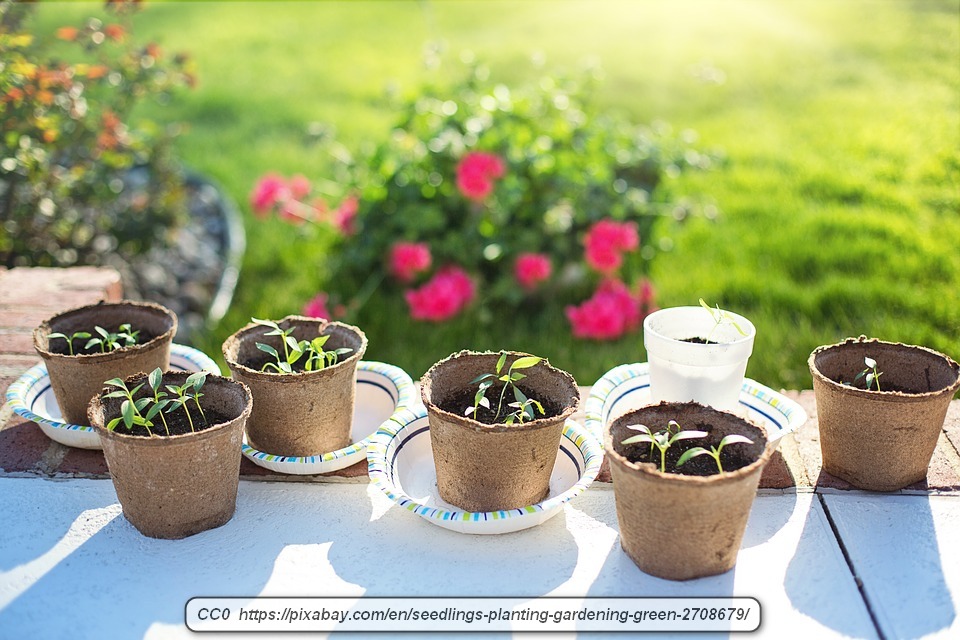 The main adjustment that will probably need to be made to the planting soil for seeds has to do with pH. The pH of the soil should be checked right after it is mixed. Usually, it will tend to be acidic because of the peat moss, unless the sterilized garden soil used as a base was alkaline. The ideal pH for most garden seeds should be between 6.0 and 7.5. That is, between slightly acidic and very mildly alkaline.

Although the pH test kit needs to be purchased, this is a worthwhile expenditure for the garden or flower bed anyway.

For adjustments, if you need to raise the pH, that is to make it more alkaline, add some ground limestone. Thoroughly mix in only a spoonful at a time because limestone can change the pH in a hurry. Retest the pH after each addition and thorough mixing.

If you find that you need to lower the pH and make the mix more acidic, you can use gardening sulfate.

For growing seeds, fertilizer isn’t needed and usually isn’t desired. The sterilized garden soil should already have sufficient nutrients for developing seeds. If the soil is too rich, the seeds can grow too rapidly, which can cause them to be weak and spindly.

This planting mixture is ideal for starting garden seeds, such as indoors in planter pots. Mixing it up is usually pretty easy and even testing the pH is quite simple. The result is that you should be able to start herbs and other garden seeds early enough that they will be ready for transplanting when it is time to put in your garden. If you plan on growing the plants in pots, that is no problem, either. That is when you’d add a small amount of all-purpose fertilizer, water with diluted coffee, or mix used coffee grounds into the soil.