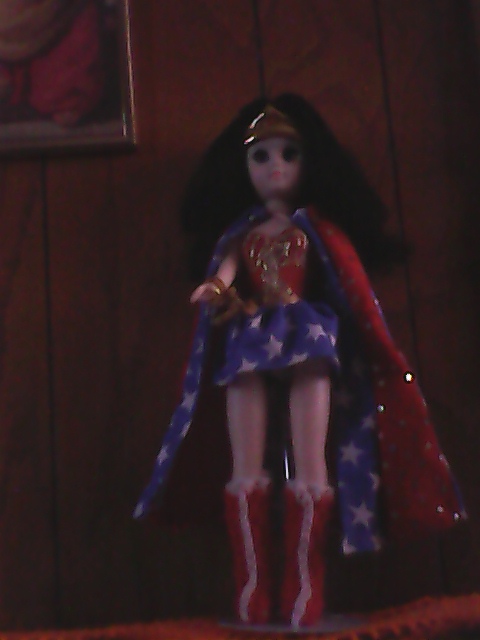 It seems that when it comes to entertainment dolls have been used in well a not so favorable light. Back in the eighties and nineties, there was the movie franchise dealing with Chucky a psychotic killer doll. Now there apparently is Annabelle who is the female equivalent of Chucky. This was just a few examples of how this beloved childhood toy has been portrayed in movies as being demonic. Then there are TV programs such as“Twilight Zone” and  “Sabrina: The Teenage Witch” that also had episodes pertaining to killer dolls. So, now it seems to be something people think that dolls are creepy and guess what like the black cat I now find myself in  a position where I want to defend dolls.

So, poor dolls now have a bad rap because of the way Hollywood has portrayed them over the years. I have dolls that I love, a few of which use to belong to my mother. Yes, she was another person who loved dolls no matter how old she got. I also have created doll clothes that I have sold online. I have even design dolls as you can see with the Wonderwoman doll displayed here which I entered at my State Fair that took second place, I then went on to sell her online. So, again I refuse to give into a stigma that is out there in pop culture mainly because well I know better, just wish Hollywood would stop with this sort of representation, if dolls were indeed they would no doubt by now have filed a defamation of character law suit, just kidding.