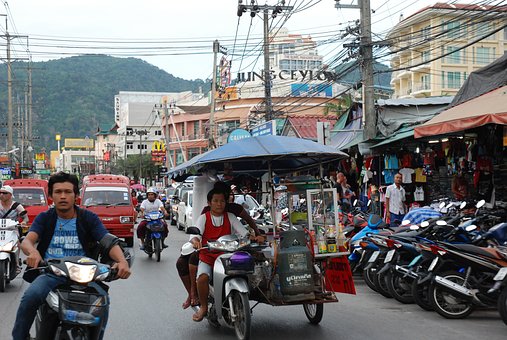 Have You Ever Been Called “Khee Nio” In Thailand? Its Literal Meaning Is “Sticky Shit” But Its Common Meaning Is Mean. The Land Of Smiles Is Full Of Sticky Poo…You!

I have got so used to the Thais calling me “khee nio” that it’s water off a duck’s back but like water which drips and drops and wears down rocks, something must have got worn down over the years because last night I went off down Soi Buakhao* shouting out that the Thais are the real “khee nios”. I was in dire spirits and it wasn’t just because of the elephant beer.

This morning I need to establish the farang-khee-nio-khao-nio-one-baht test to use on those occasions when you feel most peeved. May I also suggest living with a Thai lady for ten years who insists on reminding you at least once a week that you are “khee nio”? Also a good idea is to have spent considerable sums of baht trying not to be mean.

Let me, though, be logical, rational, systematic.

1) “Khee nio” means stingy or mean, a cheap Charlie, and the literal translation is “sticky shit”. Not good so far but it gets worse.

2)“Farang” is so widely used for “westerner” that we can be excused for using it ourselves but it is the Thai equivalent of “gringo” and is a term of contempt, slowly but surely getting worn down by usage to a term with no contempt at all (I hope).

3)“Khao nio” is sticky rice and can be interchanged with “khee nio” to lighten the mood when down and out for the count after spending a lot and still hearing “khee nio” from the love of your life. (For example, you can say, “I’m not khee nio, darling. I’m khao nio.”

And now for the one-baht test.

Let’s get the context right first. It’s an agogo and it’s up to you how much you spend. Last night I spent 421 baht in fifty minutes and that sum included a lady drink (usually a waste of time and money – it was). So, I’d bought overpriced beer and an overpriced lady drink. My decision, of course. The bill indicated I’d spent some money and I’m certain the bar was OK with that, but old-hand that I am I was irritated………………….with myself.

I told the girl taking my money to wait for the last baht, it was at the bottom of my pocket, and went to the loo. So she had 420 baht and I was trying (not very hard) to get away with one baht. When I exited the loo I ran around the agogo stage much to the dancers’ surprise because the server had spotted me and was gesticulating for the one baht. She came after me and I went the other way round the raised stage, then giving up I planted the one baht on a bar stool and walked out saying “khee nio” in a loud voice to no one in particular. In the street I waxed more lyrical and declared that the Thais were the real meanies not the “farangs”, and I’m a bit ashamed to tell you I said it loud and clear.**

The one-baht test is there for anyone to use. Any bill will do. If it’s six hundred you can pay 599. If it’s 879 you can pay 878. Just tender the amount and have an extra baht to mess with. You won’t be disappointed. They’ll be after you like Frederick Cleave-Head or Jack the Ripper or any of those guys in horror movies whose large paws change into whirring cutters at the drop of a hat. Your hat.

OK, so what do you think of my one-baht test? And even more relevant, what do you think of the mental state of its noble creator? Can he last the distance, that is till he’s horizontal and boxed, or will the Thais scythe him down while he runs shrieking “khee nio” down Walking Street or around L. K. Metro? If he gets too specific and tells the Thais to their faces they’re the real meanies, yep, he may well get cut up and cut down good and proper!

N.B. Of course, it is not worth trying the test out with just one baht, and anyway you can’t because nothing can be bought in an agogo for one baht (except perhaps one baht if on sale and then the price will probably be two).

*Soi Buakhao : a famous little street in Pattaya where the tourists, the touts, the bar girls, the masseuses, the ladyboys and the agogo girls hang out plus the odd shop or two, restaurant or two, noodle-stall or two, kebab-stand or two…

**I know for certain there are guys out there just waiting to insult me and tell me I am mean because they would have paid with notes and given 440 or 450 or even 460 baht without a second thought. If you want to tell me that, it’s fine. It might even sound good coming from a fellow “farang” instead of from a sulky Thai.