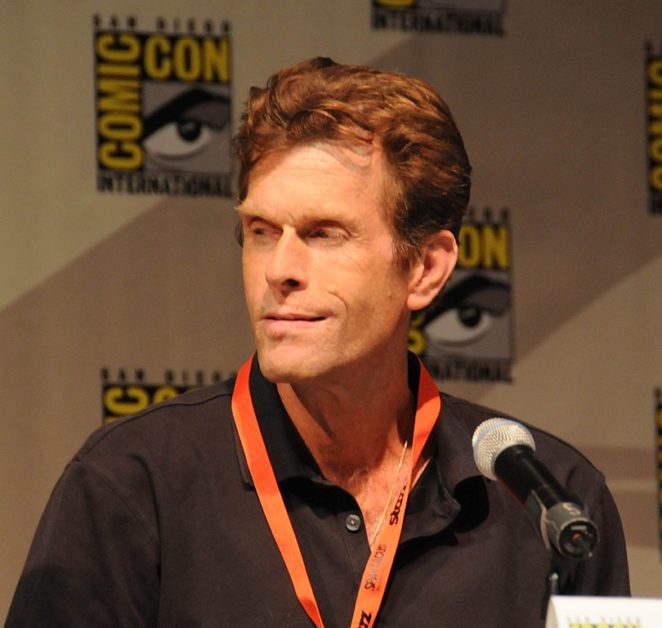 Actor Kevin Conroy who is currently the actor who does the voice of The Dark Knight also known as Batman would like to see Mark Hamill (Star Wars) who plays the voice of The Joker to star in the upcoming movie about the origins of the Clown Prince Of Crime that to this day remains a mystery.

Hamill who is best known for his role in the “Star Wars” movie has played the role of the Flash villain “The Trickster” in the television series that starred John Wesley Shipp as The Scarlet Speedster a long time ago.

Hamill would make a great Joker villain if the studio decides to hire him to star as the Joker in a movie about his origin and his iconic status as the top villain in the Batman universe.

It remains to be seen if Conroy gets his wish to see Hamill play the role as The Joker in a live action film since playing a voice character in a cartoon series is a different breed of a cat when acting in front of a camera.

Conroy made his comments in an interview while promoting the animated movie called “Batman And Harley Quinn” which be on a DVD and Blu Ray disc soon. Come on Warner Brothers how about “Batman Meets The History Nut” who is the nickname of my original character Panama Squirrel who studies the history of both heroes and villains.