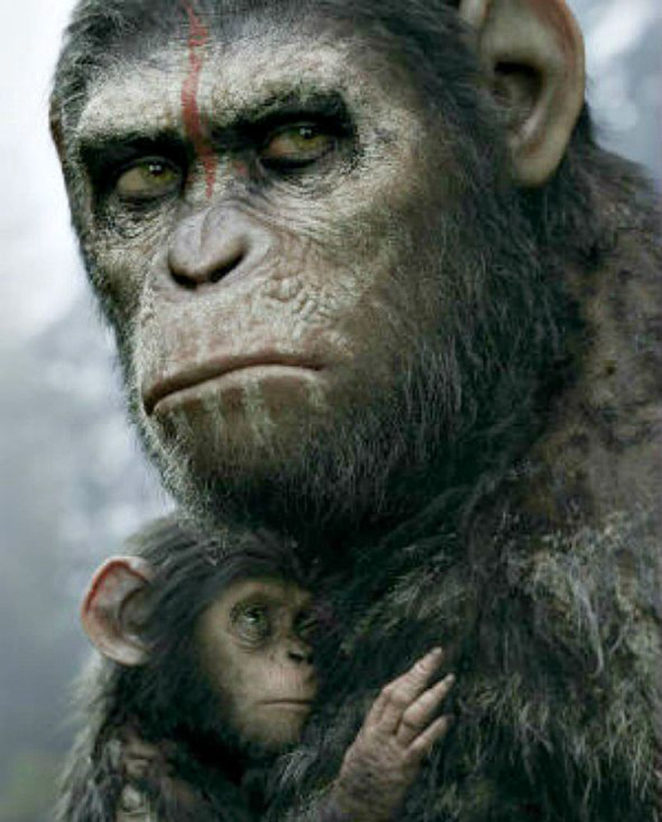 I did go see the third movie of ” War For The Planet Of The Apes” series which is purely a fantasy series and not to be taken seriously by us humanoids on Tuesday in a theater.

The question that should be answered by us fans of the franchise is spoiler alert the death of the leader of the ape Caesar should 20th Century Fox should up a stop sign and quit while they are ahead or risk making another Planet Of The Apes movie after the death of Caesar.

My instincts tell me to end the series of the apes movies since in the movies all of mankind are gone pecans, any human who is alive will succumb to the Simian Flu which killed the humans in the second and third movies.

Just my opinion since Hollywood and myself have different views of the entertainment business. As a fan of the late comedian Roberto Gomez Bolanos alias Chespirito when he played the orphan character “The Kid From Number Eight’ he learned from the landlord Mister Belly (Edgar Vivar) that “Revenge is never good because it poisons and kills the soul.”

The idea of Caesar (Andy Serkis) wanting revenge on The Colonel (Woody Harrelson) for rubbing out his family during the movie destroyed what would have been a great motion picture. But otherwise I look at making a fourth Planet Of The Apes movie would be like this.

Having some aliens from another planet who look like humans work with the apes in the next movie since a movie that will have all apes as the featured attraction will turn me off since why tamper with the original Planet Of The Apes movie which came out in 1968?

If I were 20th Century Fox end this series since Caesar passed away and since there no humans left for the apes to deal with, the film would be a bore since any human being who has at least some training in Christianity knows that a planet full of smart apes does not exist.

Oh by the way there is no truth to the rumor that the Little Caesar’s Pizza stores are named in the memory of Caesar the ape who was so smart he made apes of humans in the first movie with his amazing strength and smarts. Okay so it was a Three Stooges joke from the video short “Dizzy Detectives”. Woo! Woo! Woo! Oh wise guy!