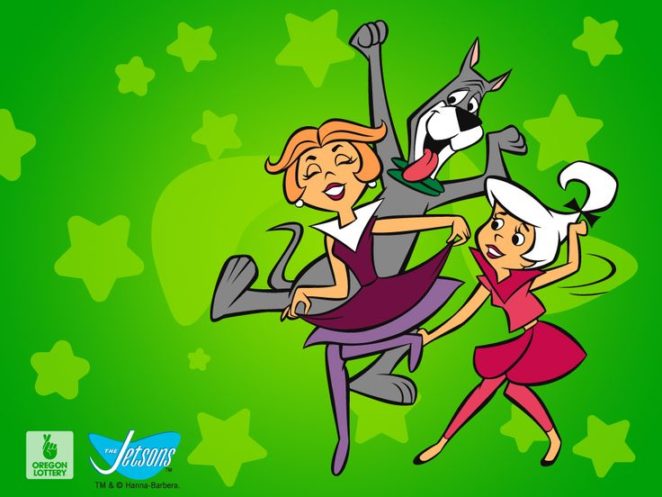 This news report that I read on Thursday on the internet was shocking to learn that the American Broadcasting Company (ABC) has ordered a live action pilot of the Hanna Barbera cartoons series “The Jetsons”.

The Jetsons is one my favorite cartoon series since I enjoyed George Jetson famous punchline “Ooba dooba dooba” when he got excited or his boss at Spacely Sprockets the honorable Cosmo Spacely yelling “Jetson! You’re fired!”

I have always wondered why do the television networks try to revive classic cartoons that have not exactly been on television for a long period of time like The Jetsons who has had runs on television on ABC from 1963-1964 and syndication in 1985.

The Jetsons did make two animated motion pictures in 1990 when The Jetsons Met The Flinstones which was a very good cartoon movie and the recent animated movie called “The Jetsons & W W E: Robo-Wrestlemania” which comes out in 2017.

What has chills down my spine is that writer Gary Janetti of “Family Guy” and “Will And Grace” will be writing the scripts for the updated “Jetsons” pilot on ABC.

Robert Zemeckis and Jack Rapke will produce the show. I just hope these wise men try to keep the television series close to the original series with good jokes and great stories of a family who lived in the future but their show contained good old fashioned stories and humor. Especially with the feud between George Jetson who despised his daughter Judy Jetson enjoying the music of Jet Screamer the rock and roll artist.

Maybe Uniblab the robot will return to the television series but then again I am wishing that Wordgirl would be rebooted either on the internet or cable television.

The show is currently in the planning stages at this time.