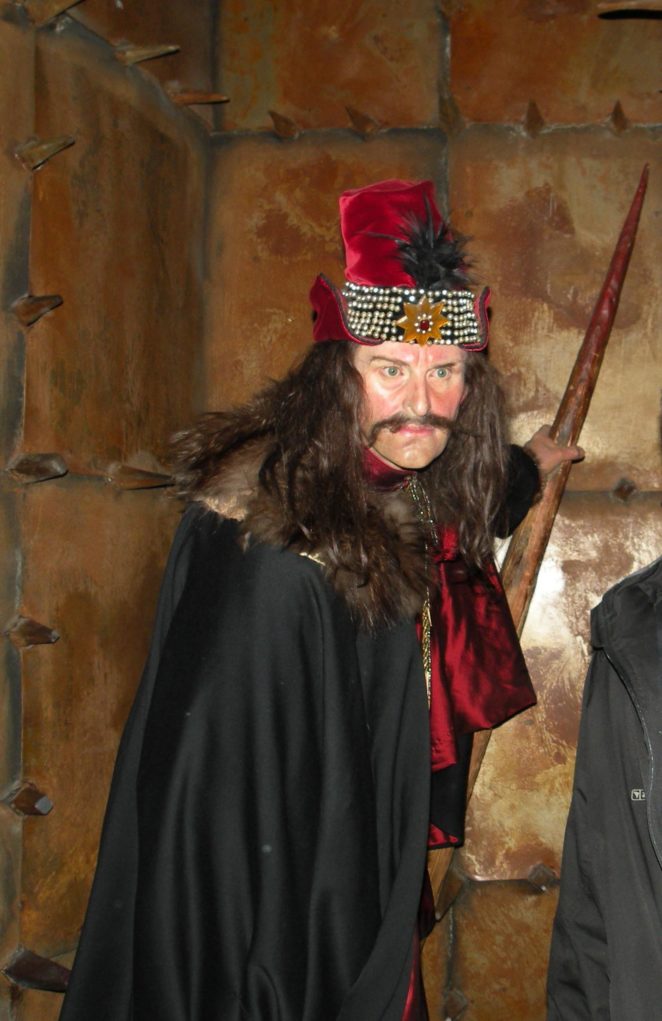 The legend of Dracula was inspired by the life and antics of Vlad III, a 15th century prince of Wallachia, but fiction was far excelled by reality in terms of savage cruelty and murderous sadism.

Vlad was born in 1431 in Sighisoara, Transylvania (part of modern Romania). His father, Vlad II, was a member of the Order of the Dragon, a secret organisation that had been created by the Holy Roman Emperor to resist incursions into Europe by the Muslim Ottomans. The younger Vlad became a member of the order at the age of five, and thus acquired the family name of Dracul.

Vlad II had been exiled from Wallachia (also in modern-day Romania) to Transylvania, and was also under severe pressure from the Ottomans. He was forced at one stage to send two of his sons into captivity, which meant that Vlad Junior spent four of his teenage years in Ottoman custody, where he developed a hatred of the Turks.

Vlad’s elder brother Mircea was murdered in 1447, as was Vlad Senior. The Ottomans invaded the region and installed Vlad Junior as a puppet ruler of Wallachia in 1448, but this did not please the Hungarians, who forced him to flee to Moldavia. However, Vlad was able to persuade the ruler of Hungary that he was a better bet to rule Wallachia than the boyars (nobles loyal to Hungary) who currently did so.

In 1456 Vlad took his opportunity to seize the Wallachian throne from the boyars. Having killed his rival, he invited the leading boyars to a banquet, ostensibly to make peace with them, but instead he forced them to become slaves in a programme of castle-building.

Vlad’s efforts to establish Wallachia as a powerful kingdom led to the elimination of anyone seen as a threat to this aim. That not only meant any noble who might challenge his rule but also anyone whom he regarded as a drain on the country’s resources. He began by inviting thousands of vagrants and people who were physically or mentally disabled to a feast, which was genuine, but after they had finished eating the hall was locked and set on fire.

Vlad also had a deep hatred for immoral women, who would have their breasts cut off and be skinned or boiled alive, with their remains being put on public display afterwards.

Another target were the “foreign parasites” who sought to get rich through unfair trading arrangements. He therefore had thousands of German and other merchants butchered in 1459.

The name Vlad the Impaler was well deserved, because impaling his victims on stakes was a preferred method of execution. Stakes would be arrayed in concentric circles around his castles and his victims forced down onto them, sometimes taking hours to die. Nobody was allowed to remove the dead bodies, which rotted where they were.

Skinning and boiling were also used as means of killing people, and on one occasion he hammered nails into the heads of foreign ambassadors whom he considered were being insufficiently polite to him. It is possible that he drank the blood of some of his victims, which filtered through to the Dracula legend.

In 1461 Vlad crossed the Danube to attack the Ottomans, capturing 20,000 Turkish prisoners in the process. When Sultan Mehmet II returned to the Danube for a counter-attack he was greeted by a forest of impaled bodies on stakes.

However, Vlad had underestimated the strength of his enemy and lost his throne. He was captured by the Hungarians and spent the next ten years as a prisoner, amusing himself by impaling birds and mice on tiny stakes.

He was able to get back into favour with the Hungarians, even marrying a Hungarian princess (presumably with considerable reluctance on her part) and winning support for a fresh invasion of Wallachia.

However, his success was short-lived in that he was killed in 1476 when the Ottomans invaded yet again. It was perhaps fitting that his head was later stuck on a stake in Constantinople.