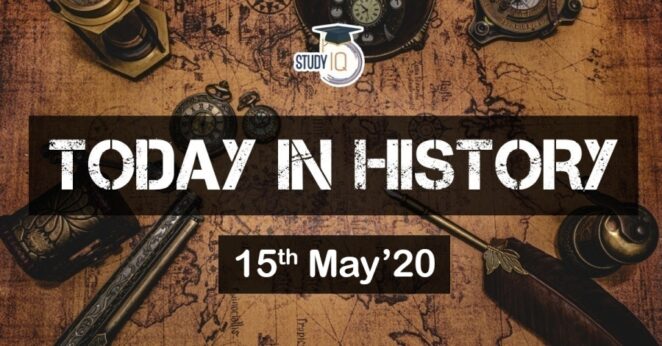 Ever read about historical events that happened on a certain date?

I read about today, May15th and found a few nuggets to share with you:

The First Arab-Israeli War was initiated by Israel’s proclamation of independence on the day before the invasion. It lasted nearly 10 months and caused thousands of casualties on both sides.

Ellen Church and her team served snacks on a United Airlines flight from Oakland to Chicago. The flight attendants were also responsible for refueling the aircraft, handling luggage, and checking tickets.*

The 6-minute film “Plane Crazy” directed by Walt Disney shows Mickey trying to fly an airplane in reference to Charles Lindbergh. Today, Mickey Mouse is one of the world’s most recognized cartoon characters and the official mascot of the Walt Disney Company

British lawyer, James Puckle, invented the 25.4 mm caliber “Puckle Gun” for the use on ships. It was designed for two bullet types: round bullets for Christians and (more damaging) square bullets for Turks.