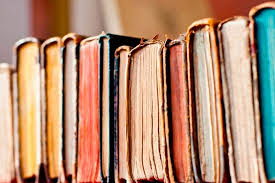 There are precious books that barely anyone can afford himself to put it on his shelf among the other books that made a great impact on him. The reason number one is that there is only one sample of it which makes it very, but very expensive by default. The other reason is that they are not even on sale. Some of them are so expensive not because of its content but rather because of the expensive and unique way it has been printed or the look of the covers. On the text below check the most expensive books in the history.

This is the very first Rowling’s book which is not one of the “Harry Potter” chain but, however, plays a big role in her work. It’s been published in 2007 and there are only 7 samples of the same, handwritten by the author, as well as decorated with pictures she herself have drawn. The covers are covered with leather, decorated with silver and lunar stone. Six of the books she gave as gift to close friends and co-workers, while one of the samples of this book ended up on an auction on Amazon. A loyal fan paid as much as 4 million dollars to have it in his collection, while the author donated all those money in a charities.

There are five volumes of this handwritten book with public texts and detailed illustrations. Its price on an auction in 2006 was 3.4 million euros. Of course, there have been a loyal fan of all those 5 books who paid that price in order to have this treasure about the fruits in his house.

This book is on the third place on the list of the most expensive books because of the way it was printed. It is the very first printed book with Johanes Gutenberg’s metal printing press. Nowadays there are only 48 samples of the first edition of this book. The famous Japanese bookstore “Marusen” bought a sample of 5 million dollars.

This book is a collection of all the plays ever written by Shakespeare and it is a real treasure for the literature. Its official title is “Comedies, historic plays and tragedies of Sir William Shakespeare”. It has been published in 750 samples out of which 228 kept until today. One of Microsoft founders, Paul Alen, bought one of the samples for 6.2 million dollars.

There are only 7 samples of this book. Each one costs 7.5 million dollars. In 1998, a writer from London paid 4,6 million dollars for this book that contains only 24 stories.

This is one of the most important law records in the history in which people are the ones who have more rights than the monarchy. Today there are only 17 samples to be found. In 2007 it was sold on an auction for 21.3 million dollars. The one who bought it, David Rubinstain, believes that it is of crucial importance to have such a sample in the USA.