The Great Sphinx of Gisa, which stands next to the Pyramids, is one of Egypt’s most famous monuments. It is believed to be around 4,500 years old and its head to be a representation of the Pharaoh Khafra.

One notable feature of the Sphinx, which has the head of a man but the body of a lion, is that it has no nose. This has given rise to considerable speculation down the years as to why this might be. The question is therefore: “who broke the Sphinx’s nose?”

One oft-supposed culprit is Napoleon Bonaparte, who fought two battles in Egypt, one of which – fought in 1798 – is known to history as the Battle of the Pyramids. Maybe a misdirected cannon shot removed the nose of the Sphinx? One problem with this scenario is that – despite the name – the battle was fought nine miles away from the Pyramids, and thus well out of range of a cannon shot at that time. 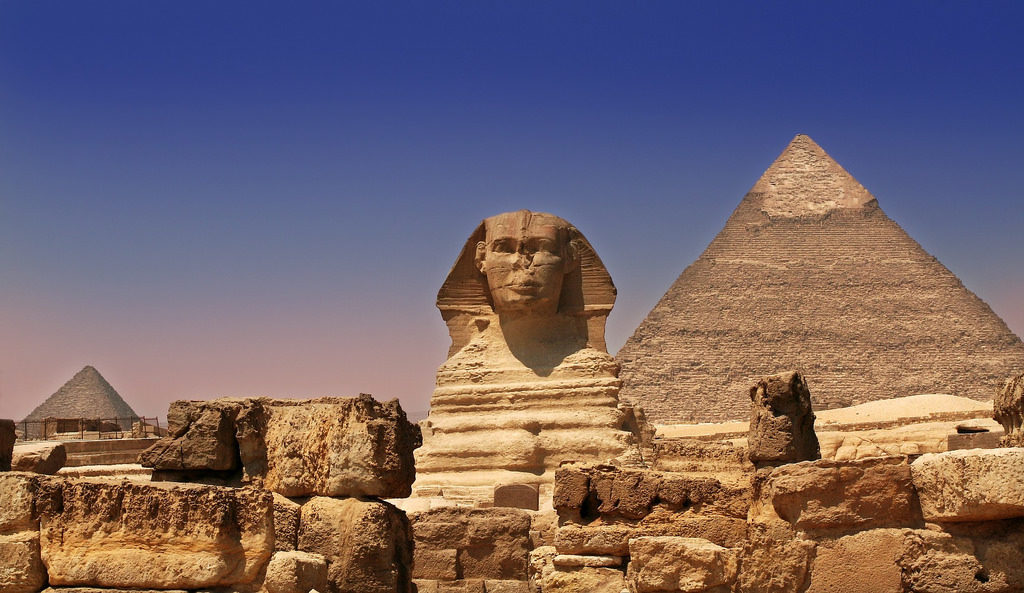 Napoleon returned to Europe after the naval defeat at Trafalgar in 1805, leaving behind 55,000 soldiers and a team of “savants” who were civilian experts with a mission to study the artefacts of ancient Egypt. The story is still put about by Egyptian guides at the Pyramids that it was one of these savants who stole the nose and took it back to the Louvre in Paris.

However, not only does the Louvre not have the nose in its possession – and never did – but there are sketches in existence that show a nose-less Sphinx as long ago as 1737, which was 32 years before Napoleon was born.

The only reliable account of vandalism to the Sphinx dates from 1378, when an Islamic cleric was summarily executed for damaging the statue – but not for removing the nose.

The most likely reason why the Sphinx has no nose is that sand-laden desert winds are very good at eroding soft limestone. After 4,500 years, it should be no surprise that the Sphinx does not look the same as it did originally!