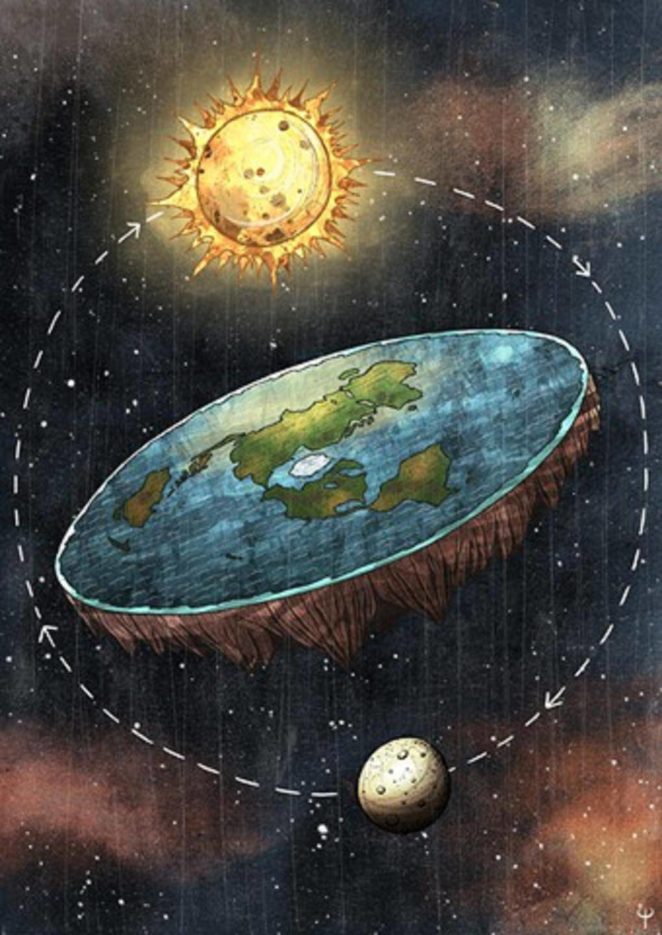 Everyone knows that, before 1492, everyone knew the world was flat. Right? We’ve been told that since we were little kids. His contemporaries were certain that Columbus was going to sail right off the edge.

Not true. They knew very well that the world was round. In fact, in 1945 the Historical Association, a British organization promoting the enjoyment of history, listed this view as number two in its list of twenty historical falsehoods.

While it is true that many thought that Columbus and his crew would die on what they believed would prove to be an ill-fated voyage, there was a very different basis for this belief. Columbus believed that Japan was only 2,800 miles away from the Canary Islands. The actual distance, and his critics in the clergy were aware of this, is about 14,000 miles. Since no one knew of the existence of North and South America, they were certain that the explorer and his crew would starve before reaching their intended destination.

So, if it is not true that Columbus thought the world was flat, why does everyone think it’s true? Why is it still being taught in school books?

In 1828 Washington Irving published The Life and Voyages of Christopher Columbus which, despite its name, was never intended as a history book. Irving was a novelist. In the novel Irving introduced the idea that the people of the time were flat-earthers. Others built on this idea to the point where it’s almost impossible to shake. The widely used high school history book The American Pageant (13th edition, 2008) reports that Columbus’ men were afraid and considered mutiny although there is absolutely no evidence of this.

Add to this the tendency to believe that those who lived before us were not as advanced as we are. We tend to view them as superstitions fools who were afraid of falling off the edge of the world or being eaten by dragons. Since Irving’s misleading prose fed this tendency, it was accepted unquestioningly.

The West started to realize the true shape of things with Pythagorus in the 6th century BC. It didn’t catch on with everyone but Aristotle also figured out that it was round in 330 BC.

Early Christians, with a few exceptions, believed in a spherical planet. Lactantius (c.240-c.320) ridiculed flat-earthers who believed there were people on the other side in his writings. Augustine of Hippo (354-430) also ridiculed the idea but was a bit nicer about it. It is possible that Diodorus of Tarsus (d. 394) tried to defend a flat Earth on biblical grounds but the only evidence of that is a refutation written by Photius (c.810-c.893).

Two of the better known Christian defenders of the flat Earth were Sts. Athanasius (c.293-373) and John Chrysostum (344-408). The latter believed the Earth floated on the waters of the firmament. (The firmament refers to the waters which surrounded creation according to the book of Genesis. See Gen 1:6-8.)

In the 7th century St. Bede said the Earth was a sphere. In the 13th century Roger Bacon and St. Thomas Aquinas also wrote that the Earth was round. Orbs were commonly used to symbolize the Earth in art showing Jesus as the savior of the world.

So how would these people know the Earth was round without the benefits of modern technology? The answer is common sense.

The ninth century Arab astronomer Ahmad al-Farghani pointed out that when ships sail toward the horizon, they don’t disappear immediately as if they had fallen off an edge but disappeared gradually as would happen if the planet were a sphere.

The Flat Earth and Anti-Catholic Bigotry

There’s one more reason why the false account of Columbus has held on … anti-Catholicism. Since the time of the Reformation and the Enlightenment, anything which portrayed the Catholic Church in a bad light was usually accepted regardless of whether there was evidence to support it or not.

Although Washington Irving’s fictional account was written in the early 19th century, as late as the 1870s Catholics were not allowed at Cambridge, Oxford and many American universities. Even today many anti-Catholic myths are commonly regarded as true.