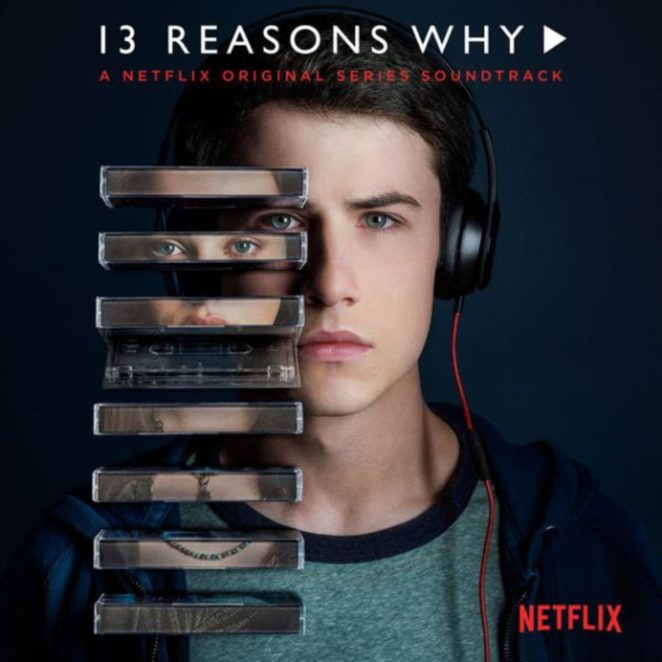 13 Reasons Why (stylized on screen as Th1rteen R3asons Why) is a 2017 American web television series classified into a drama mystery genre based on a 2007 novel “Thirteen Reasons Why” by a Californian novelist Jay Asher and was adapted for Netflix by an American playwright, screen writer and theatre director Brian Yorkey. This web series has 13 episodes for its first season, and pop artist Selena Gomez is one of its executive producers. The series was said to be originally conceived as a film set with Selena Gomez as the lead role to be released by Universal Pictures, yet the the adaptation was picked up in late 2015 by Netflix, and was originally released last March 31, 2017.

The series is about the story of a high school student named Clay Jensen, played by three-time award-winning young actor Dylan Minnette (Zach of Goosebumps/ Donnie Gill of Marvel’s Agents of SHIELD/ David Shephard of Lost/ Danny Carter of Supernatural/ Ryan of Grey’s Anatomy/ young Michael of Prison Break), and his friend Hannah Baker, a girl who committed suicide after she suffered a series of demoralizing circumstances from selected individuals at her school, where she recorded a box of cassette tapes before she took her own life and detailed there her 13 reasons why she ended her life. Australian actress Katherine Langford (Vesna of The Misguided/ Leah Burke of Love, Simon) played the role of Hannah Baker.

On her tape, Hannah unveiled her emotional audio diary, where she detailed her 13 reasons why she decided to end her life. She made an instruction that each person who receives the package is one of the reasons why she killed herself. After each person has completed listening to the tapes, they must pass the package on to the next person. If anyone decided to break the chain, a separate set of tapes will be released to the public, where each tape is addressed to a select person in her school and should detail their involvement in her inevitable suicide.

American actor Christian Navarro (Eduardo of Bushwick/ Sidekick of The Tick/ Jorge of Vinyl) played the role of Tony Padilla, a friend of Clay who gave him the tapes from Hannah. Taiwanese actress Michele Selene Ang made her first acting role as Courtney Crimsen, a former friend of Hannah who was on her list. Norwegian actress Alisha Boe (Tara of Paranormal Activity 4/ Violet of 68 Kill) cast as Hannah’s former friend Jessica Davis, who was also on her list. American actor Brandon Flynn (Mike the Intern of BrainDead) played the role of Justin Foley, Jessica’s boyfriend and Hannah’s first on the list. A high school student who raped Jessica and Hannah named Bryce Walker, who was on her list, was played by actor and producer Justin Prentice (Luke of Brownstone/ Tyler of Preacher/ Patrick of Awkward/ Brody Johnson of iZombie/ Darrell of Glee/ Cash Gallagher of Malibu Country/ Jaya of The Legend of Korra/ Andy & Deforestator of Winx Club: Enchantix/ Bryce of Those Who Can’t). Miles Heizer (Tommy of Nerve/ Drew Holt of Parenthood/ Josh of Rudderless/ Cal of Love, Simon/ Joshua Lipnick of ER/ Joey of Bones) cast as Alex Standall, Jessica’s first boyfriend and a former friend of Hannah, who was also on her list. Singaporean actor Ross Butler (Reggie Mantle of Riverdale/ Nathan of Teen Wolf/ Jeremy of Hacker’s Game) played the role of Zach Dempsey, the guy who fell in love with Hannah and was also on the list.

Having received largely positive reviews from audiences and critics as well, this series has also praised its subject matter and casting, and has attracted controversy from some over the series’ graphic depiction of issues like rape and suicide, along with bullying and some other mature content. So with these applause and positive insights received, the series had been renewed for a second season scheduled to premiere in 2018 as it was announced on May 2017.

This series really advocates an anti-bullying system in the school as well as malicious and sexual harassment such as rape and molestation. One of the reasons why this web series made a huge hit and watched by many is that it has ethical value that each parents should be warned of the status of their children who are studying in a certain school. Wise parenting and good guidance should be implemented amongst parents as well as counselors in the school to avoid this self-troubling cases like depression that leads to suicidal tendencies. This series is one of the must-watch on the list of 2017’s highly-critically acclaimed TV series. Remarkably done for anti-bullying and human rights advocates. Two-thumbs up!!! See you soon on Season 2.