source of picture above: http://www.vingtsun-calw.de/geschiabbechte/

In 1626, one of the best female warrior was born in China. Legend says that Ng Mui came originally from a small village in the North of China, where she started practising Kung Fu as a a young girl. But others say that she was the fourth daughter of a general named Ming Lui and that her real name was Lui Sei-Leung. Others state that Ng Mui is in reality Chan Wing-Wah or the Taoist White Crane that was a revolutionary character in and around 1670.

Nonetheless, the most stated fact on Ng Mui Si Tei is that she became a buddhist nun and also a member of the Five Ancients. During the reign of the Mandchou Emperor Kangxi (1662-1722) of the Qing dynasty, the Shaolin Temple of the south, named Siu Lim, was not only a religious sanctuary but also a refuge for the opponents to the Qing dynasty. In order to eradicate this rebellion, the Mandchous sent in troops to destroy the temple but the Shaolin monks resisted and the siege continued (remember David Carradine in the series Kung Fu (1972-1975)?). Then, a Chinese official named Chan Man Wai who wanted to obtain favors from the governor formed a plan. Helped by a Shaolin monk named Ma Ning Yee who was inside the temple, the two of them convinced a small group of Shaolin monks to betray the other monks and set fire to the temple so the troops could enter the Temple. All the monks and their disciples were massacred at that time around 1674.

While Ng Mui was being pursued by the Mandchou army after the destruction of the Shaolin Temple, she took refuge in another Shaolin Temple named Tai Leung Shan on mount Emei in the Sichuan province. 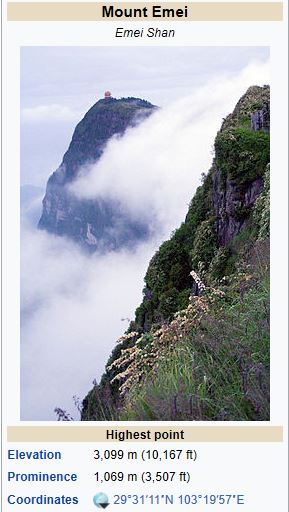 At the temple, Ng Mui starts to ponder on her martial arts knowledge because the techniques that she knows and can execute are ineffective and non adapted for her small female frame. All the techniques she knows are based on physical strength and stature which are OK for men but not really for her.

Two popular stories say that Ng Mui saw one day a fight between a fox and a white crane. The fox lost the fight. Ng Mui got inspired by the crane and took some of her movements to create her own style of boxing all the time basing it on the structure of he body, the decreasing of mouvements, attacks angles, fluidity and the loosening rather than on brute physical strength. Thus, Ng Mui created the principles of a new type of martial art that still did not have a name. Another story states that the training of Ng Mui was interrupted by a snake facing a white crane. She stopped her training to observe them closely and impregnate herself with their fight methods. She then integrated her observations to her own very well developed martial arts knowledge to create a remarkable new fighting style. 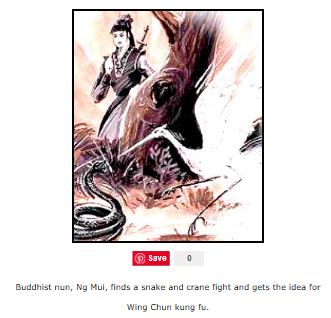 The legend continues by stating that Ng Mui met a young woman named Yim Wing Chun. Yim Ying was crying because a Chinese lord wanted to make her a concubine of his. She wanted to get out of this dilemna but her only option ws to fight the lord and vanquish him in a martial art duel. Ng Mui promised Yim Wing that she would teach her in six months her martial techniques in order to defeat the lord. So Ng Mui taught Yim Wing her own technique combinations that stemmed from the different styles of Kung Fu taught at the monastery along with her own techniques that she developed herself after observing the either serpent or fox against a white crane. The techniques that Ng Mui chose and used were the types that relied more on speed and agility rather than sheer brute strenght.

After her training, Yim Wing Chun went back to her village and, while using the new technical discoveries that she had learned, she defied and beat the lord Wong to the ground. She then married Leung Bock Sau and continued practicing and improving the martial arts system passed on by Ng Mui. The resulting style of fighting was named “Wing Chun Kuen” by her husband, in hommage to the refinements that Yim Wing Chun brought to the martial arts.

Wing Chun was passed from generation to generation and finally started being taught to the public by a certain Yip Man who became the Grand Master of Wing Chun. Among the most highly celebrated students of Yip Man was the famous Bruce Lee who managed to obtain a universal notoriety and celebrity. 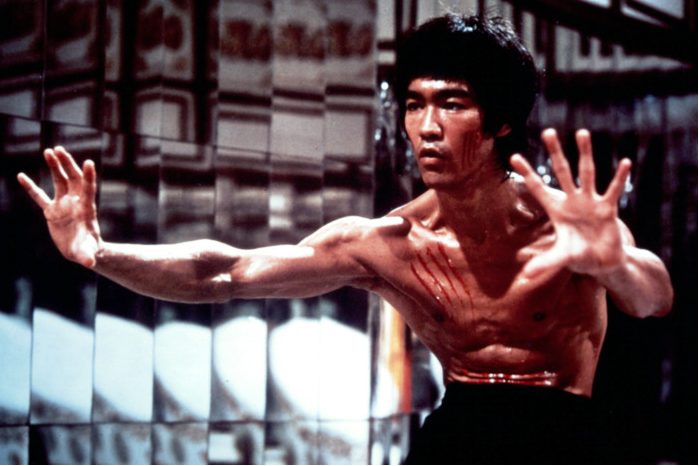 The combat technique of Wing Chun are conceived for close combat but still include the relaxation and the opening of articulations and a working impact on tendons much more than simple muscular strenght. The theory of Wing Chun is based on the observation of the elbows of the opponent because whatever attack the opponent is planning, it will be detected by observing his elbows because no fist or leg mouvements can be executed without moving the elbow first.

Wing Chun is not a hard style but rather a supple one where the practitionner must be relaxed to develop a certain elastic strength in order to bring down the arms of the opponent and use his force to sent it back to him. It is also based on the whole body alignment because it is not just the fist that punches but the whole body who is aligned just like a block. 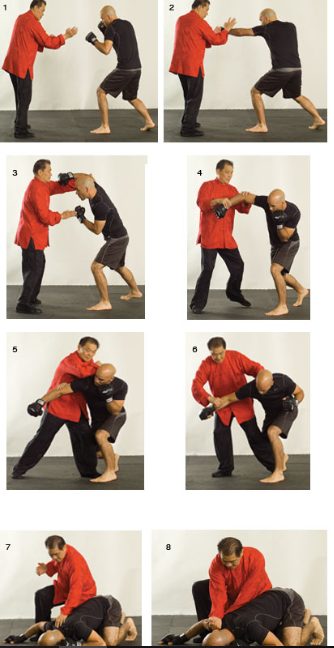